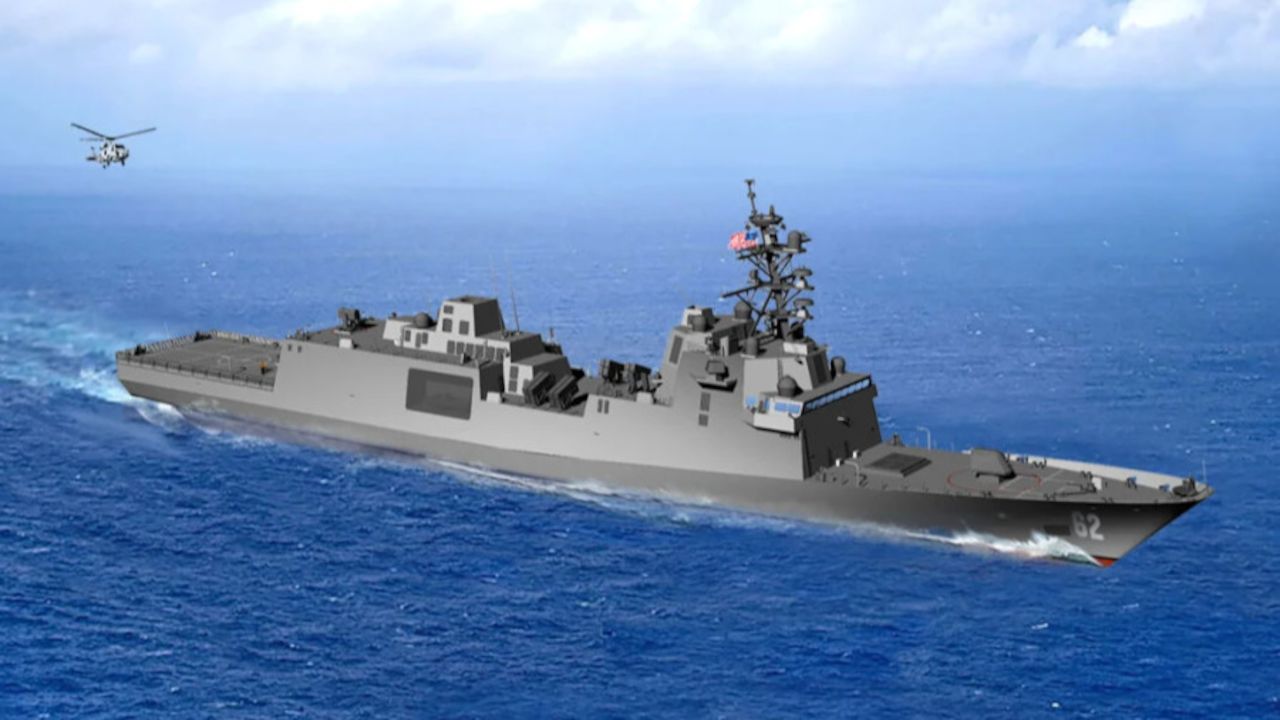 The U.S. Navy has announced that the new class of frigate will be named Constellation.

Secretary of the Navy Kenneth J. Braithwaite announced USS Constellation (FFG 62) as the name for the first ship in the new Guided Missile Frigate (FFG(X)) class of ships Oct. 7 while aboard the museum ship Constellation in Baltimore Inner Harbor, according to a recent service news release.

The name was selected in honor of the first U.S. Navy ships authorized by Congress in 1794 — six heavy frigates named United States, Constellation, Constitution, Chesapeake, Congress, and President. These ships established the Continental Navy as an agile, lethal and ready force for the 19th century. This will be the fifth U.S. Navy ship to bear the name Constellation.

“As the first in her class, these ships will now be known as the Constellation Class frigates, linking them directly to the original six frigates of our Navy, carrying on the traditions of our great service which have been passed down from generation to generation of Sailors,” said Braithwaite. “While providing an unmatched capability and survivability for the 21st Century, Constellation Class Frigates will honor our Navy’s historic beginnings as we continue to operate around the world in today’s era of Great Power Competition.”

As the next generation of small surface combatants will contribute to meeting the goal of 355 battle force ships. With the ability to operate independently or as part of a strike group, it will deliver an Enterprise Air Surveillance Radar (EASR), Mk 41 Vertical Launching System, and Baseline 10 (BL 10) Aegis Combat System capabilities. The ships lethality, survivability, and improved capability will provide Fleet Commanders multiple options while supporting the National Defense Strategy across the full range of military operations.

Constellation is a historic name with a long Naval history. The original name was submitted to President Washington in 1795 to represent the ‘new constellation of stars’ on the United States flag.  The first Constellation was a 38-gun frigate with a crew of 340 personnel. The ship was built in Baltimore in 1797 and remained in service until 1853.

The second Constellation was a sloop-of-war launched in 1854 and was the last sail-only warship designed and built by the U.S. Navy. The ship currently stands as a museum in Baltimore.

The keel for a third ship named Constellation was laid, but the ship was never completed in the peace years following WWI.

The most prominent Constellation is the Kitty-Hawk class conventional aircraft carrier that commissioned in 1961. It had a storied history to include overcoming several catastrophic fires on board, supporting operations during the Vietnam War, the first Persian Gulf War, and Operations Enduring and Iraqi Freedom before decommissioning in 2003.

Constellation Class Frigates will be built at Marinette Marine Corporation in Marinette, Wisconsin with the first ship scheduled for delivery in 2026.