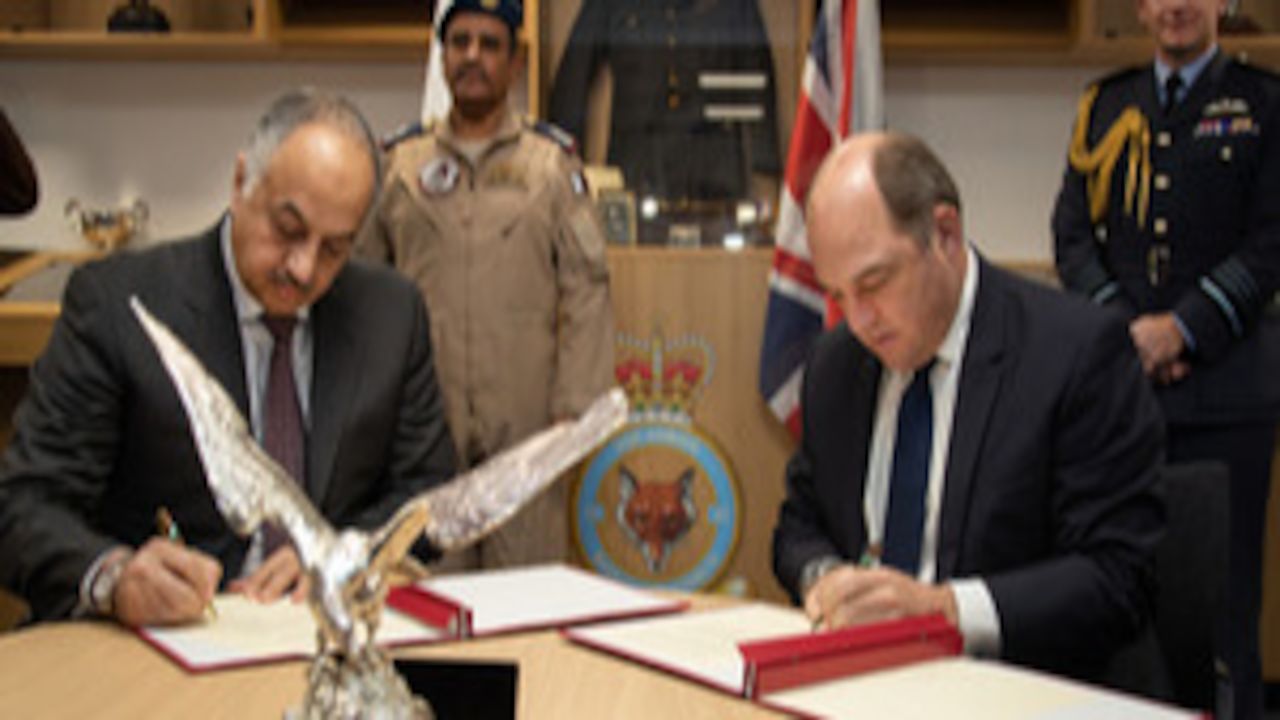 Defence Secretary Ben Wallace and his Qatari counterpart, HE Dr Khalid bin Mohammed Al Attiyah, have announced an expansion of the relationship between each nation’s air force.

The decision to base the new Squadron at RAF Leeming represents a long-term commitment to the base, which provides a strategic and operational Main Operating Base for the RAF.

The RAF Voyager fleet already supports Defence activity around the world and the Qatar AAR service over the next two years will be part of this. The deployments will be planned to co-ordinate with the UK’s operational and training needs and will benefit the RAF by enhancing its interoperability with international personnel and equipment.

Defence Secretary Ben Wallace said:In the face of new and emerging threats, it is vital we collaborate with our international allies to tackle our shared security challenges and our long-standing relationship with Qatar exemplifies this.By working together we continue to share skills and expertise whilst promoting global security and driving prosperity at home.I’m delighted RAF Leeming has been chosen to base the historic second UK-Qatari joint squadron, which recognises the globally-held high regard of RAF flying training.

His Excellency Dr Khalid bin Mohamed Al Attiyah, Deputy Prime Minister and Minister of State for Defence Affairs in Qatar, said:An important step in the ever growing military partnership that joins QEAF and RAF, the joint Hawk training squadron is an integral component in increasing interoperability and coordination between both airforces, leading to closer cooperation and alignment in future military and peacekeeping efforts.

The formation of a second UK-Qatar joint squadron, which was initially announced last year, will provide additional flying hours for RAF pilots and see long-term international investment in new infrastructure and training facilities at RAF Leeming. This will include a Hawk training simulator, and the refurbishment of existing facilities.

Our collaboration with Qatar can be showcased by the on-going achievements of 12 Squadron - the first joint squadron in the RAF since the Second World War and the Battle of Britain.

Together, the strengthened defence partnership will boost Qatar’s ability to tackle our shared security challenges in the Middle East, contributing to regional stability and protecting the prosperity and security of the UK at home.