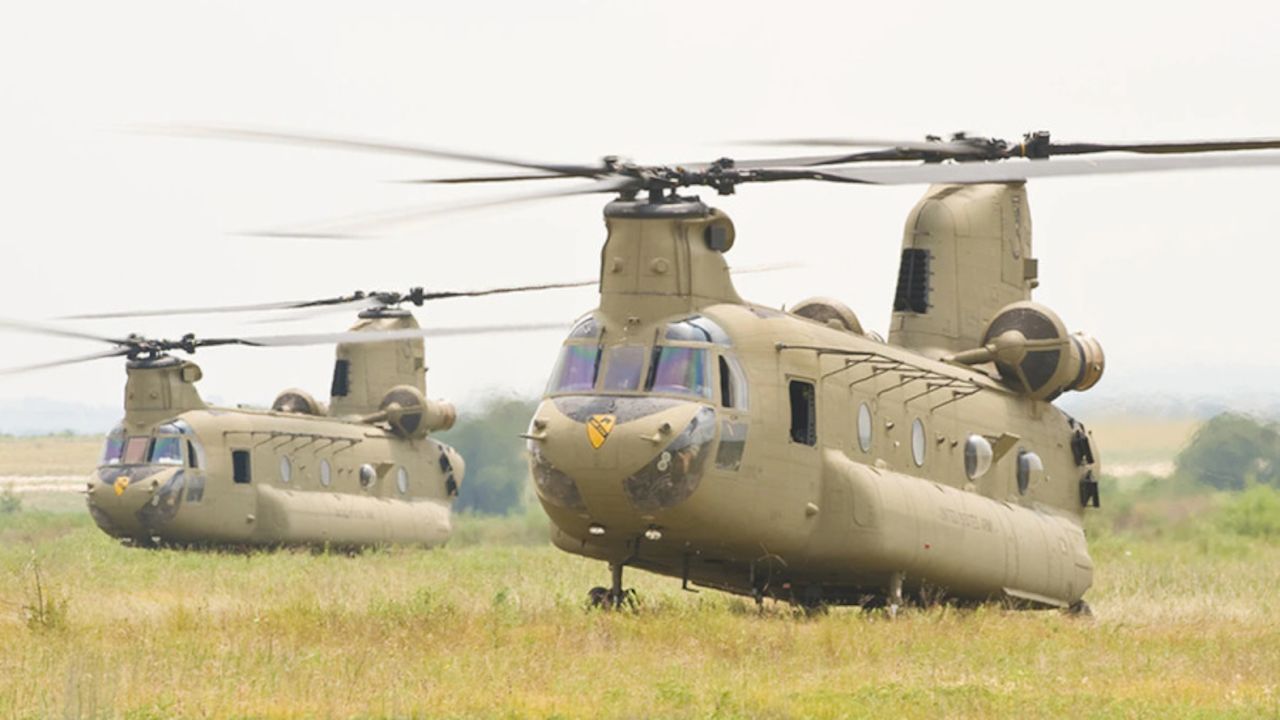 The UK has confirmed it will acquire 14 Boeing-made Chinook helicopters, but the government has prolonged the delivery schedule over the next decade years due to budget issues.

The deal was made through the U.S. Defense Department’s Foreign Military Sales process and will see Britain pay £1.4 billion (U.S. $2 billion) for the helicopters and associated equipment. Deliveries are scheduled to start in 2026 and be completed in 2030. That’s about three years behind the original plan, as the British Defence Ministry has prioritized more pressing modernization needs ahead of the helo acquisition.

The agreement includes development work and manufacturing of the extended-range helicopter over the next decade. Over its 40 years in service with the British military, the Chinook helicopter has been used for a diverse range of roles, from special forces operations to cargo carrying and civil emergencies. The forthcoming helicopter, known as the H-47 (ER), is destined primarily for special forces operations.

Officially announcing the deal May 13, Defence Secretary Ben Wallace said the “cutting-edge H-47 (ER) will be at the forefront of our specialist requirements in dealing with threats and logistic support. Our £1.4 billion investment will mean we will be one of very few air forces with this capability.”

The government signaled its intention to go ahead with the deal when the Ministry of Defence outlined its equipment plans as part of the integrated review of defense, security and foreign policy launched in March.

The latest variant of the Chinook to enter British service will replace older versions of the helicopter being retired, the MoD said in a Defence Command paper. “The Army is retiring its oldest CH-47 Chinook helicopters and investing, alongside the US, in newer variants of this operationally proven aircraft, enhancing capability, efficiency and interoperability,” the document read.

Britain has yet to spell out in detail how many of its oldest helicopters it plans to retire. But it’s expected the overall fleet number, which currently stands at 60 Chinooks, will eventually shrink to 51 — still the largest fleet of its kind in Europe.

The current Royal Air Force operational Chinook fleet comprises HC4, HC5, HC6 and HC6A variants of the aircraft. The HC6 was acquired as a U.K.-specific variant of the CH-47F.

The MoD said in a statement the helicopter will have a top speed of 300 kilometers per hour and the new H-47 (ER) aircraft will have a range of new capabilities, including an advanced digital cockpit, modernized airframe to increase stability and improve survivability, and a digital automatic flight control system to allow pilots to hover in areas of limited visibility.

The H-47 (ER) is part of the Boeing Block 2 Chinook program providing new aircraft with enhanced capabilities and safety features over the existing U.K. Chinook variants. The new aircraft will be fitted with the Collins Aerospace-made Common Avionics Architecture System cockpit, which is used by American, Dutch and Canadian Chinook fleets, along with many other helicopters around the globe.

Additional safety features, such as a radar, have been specified by Britain. The U.S. Congress is expected to formally announce the FMS deal May 14.