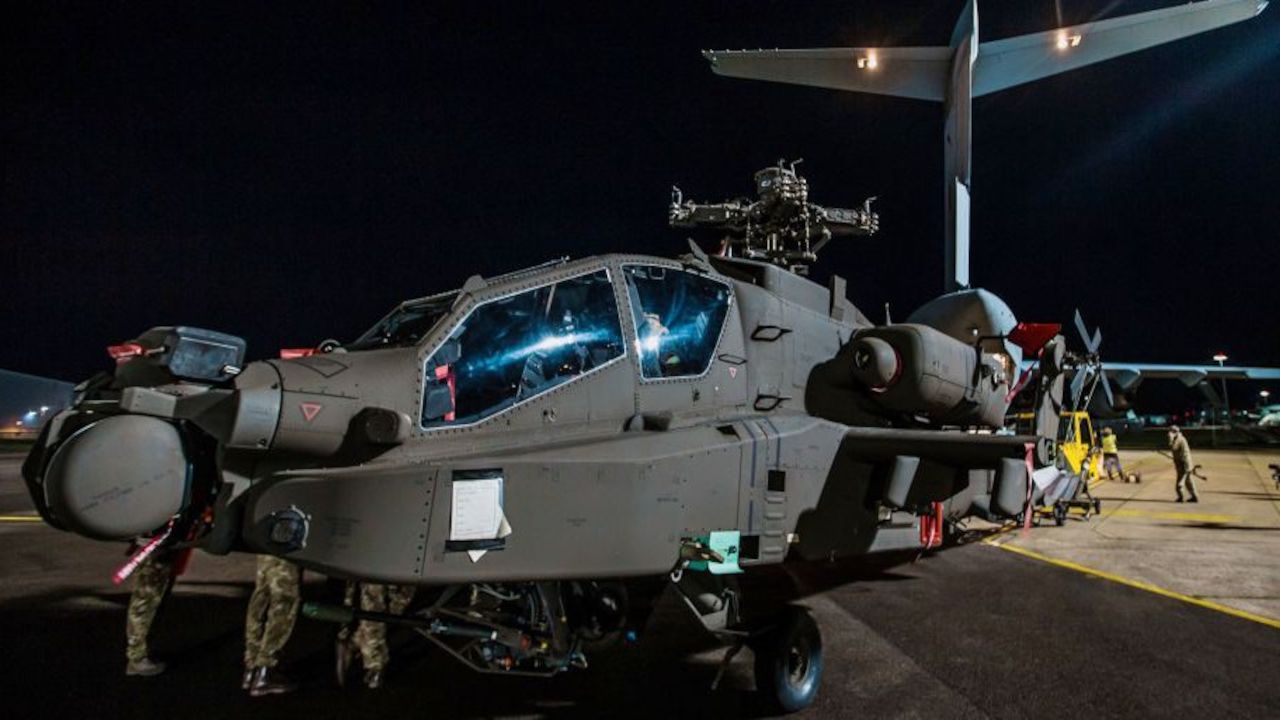 The United Kingdom has received the first of its 50 Leonardo Boeing WAH-64D Apache Longbow AH1 attack helicopters to be remanufactured into the latest Boeing AH-64E Apache Guardian standard.

The British Army announced that the first two helicopters were delivered to Wattisham Flying Station in Suffolk on 26 November.

“The arrival of the first Apache E model attack helicopter to be delivered to the British Army over the next two years marks the beginning of a significant uplift in capability to enhance the army’s contribution across the spectrum of military operations,” Major General Jez Bennett, Director Capability, was quoted as saying.

Although the precise nature of the remanufacturing process for the UK helicopters has not been disclosed, it is understood to involve a number of the existing systems (not including the engines) being cross-decked from the old Apache Longbow to the new Apache Guardian airframes. A US Defense Security Cooperation Agency (DSCA) notification released in August 2015 named the AN/ASQ-170 Modernized Target Acquisition and Designation Sights (M-TADSs), AN/AAR-11 Modernized Pilot Night Vision Sensors (PNVSs), and the Northrop Grumman AN/APG-78 mast-mounted fire-control radars as the sensors that might be transferred between the WAH-64D and AH-64E platforms. It said also that the WAH-64D’s Rolls-Royce RTM 322 engines would most likely be replaced by the standard US Army General Electric T-700-GE-701D powerplant. This cross-decking allows costs to be saved as many of the more expensive items can be reused.