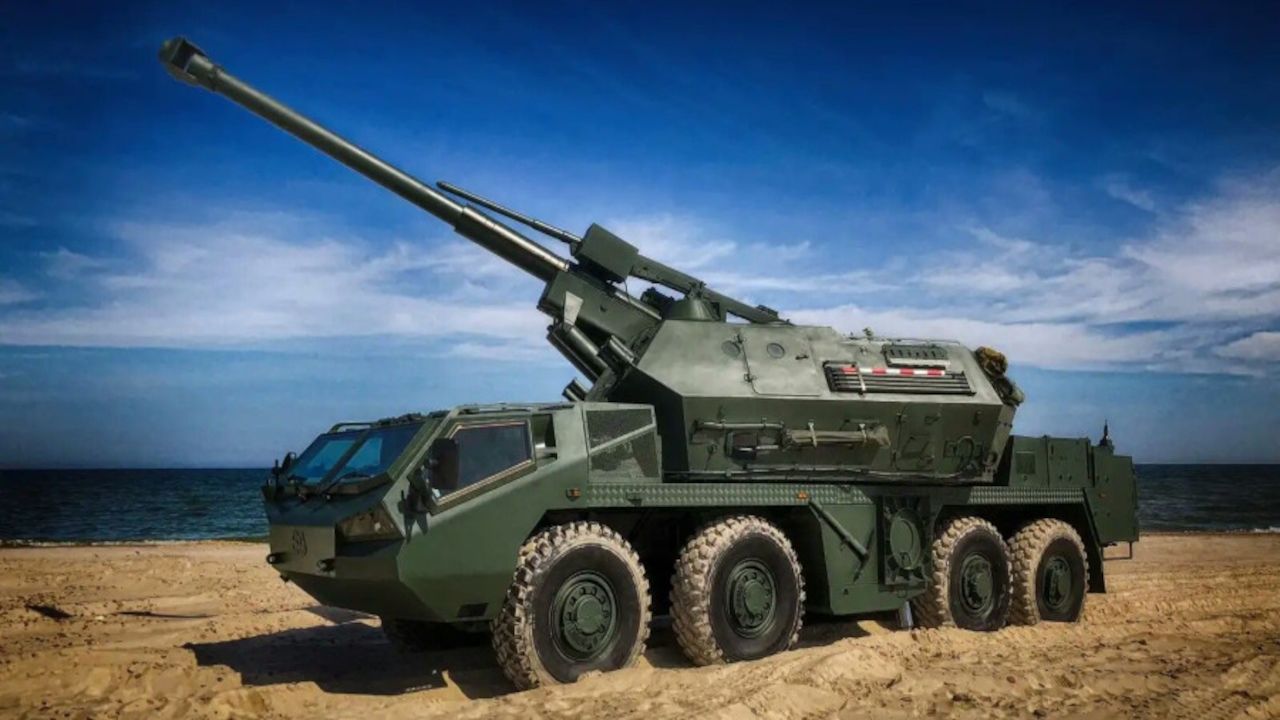 In October 2019, during the Arms and Security Defense Exhibition that was held in Ukraine, the Czech Company Excalibur Army has presented its DANA M2, the latest upgraded version of the DANA, an 8x8 wheeled 152mm self-propelled howitzer.

The Dana 152 mm self-propelled gun-howitzer was developed in the late 1970s by ZTS to meet the operational requirements of the Czech Army for a highly mobile self-propelled artillery system. The Dana is based on automotive components of the Tatra 815 (8 × 8) truck with the driver's compartment at the front, a fully enclosed turret in the center, and the engine compartment at the rear. All three compartments are armored and provide protection against small arms fire and shell splinters.

The DANA M2 has been modernized with a new crew cabin offering more protection and fitted with two large bulletproof windows at the front and one window on each side enhancing situational awareness. The howitzer is also equipped with a powerful Onboard Control System which contains subsystems of diagnostics, navigation, automatic gun aiming, computerized firing control elements, and a new ammunition selection system.

The DANA M2 seems to keep the fully enclosed turret mounted in the middle of the 8x8 chassis. The turret is divided into two parts, with the gunner and loader operator at the left, while the ammunition handler is in the right cabin and sets the fuzes of the projectiles manually. The Dana is fitted with a fully automatic loading system that loads the projectile and then the charge using an automatic rammer. The turret is armed with one 152mm cannon which has a maximum firing range of 20 km with extended ammunition type and 21.5 km with DN1CZ ammunition.