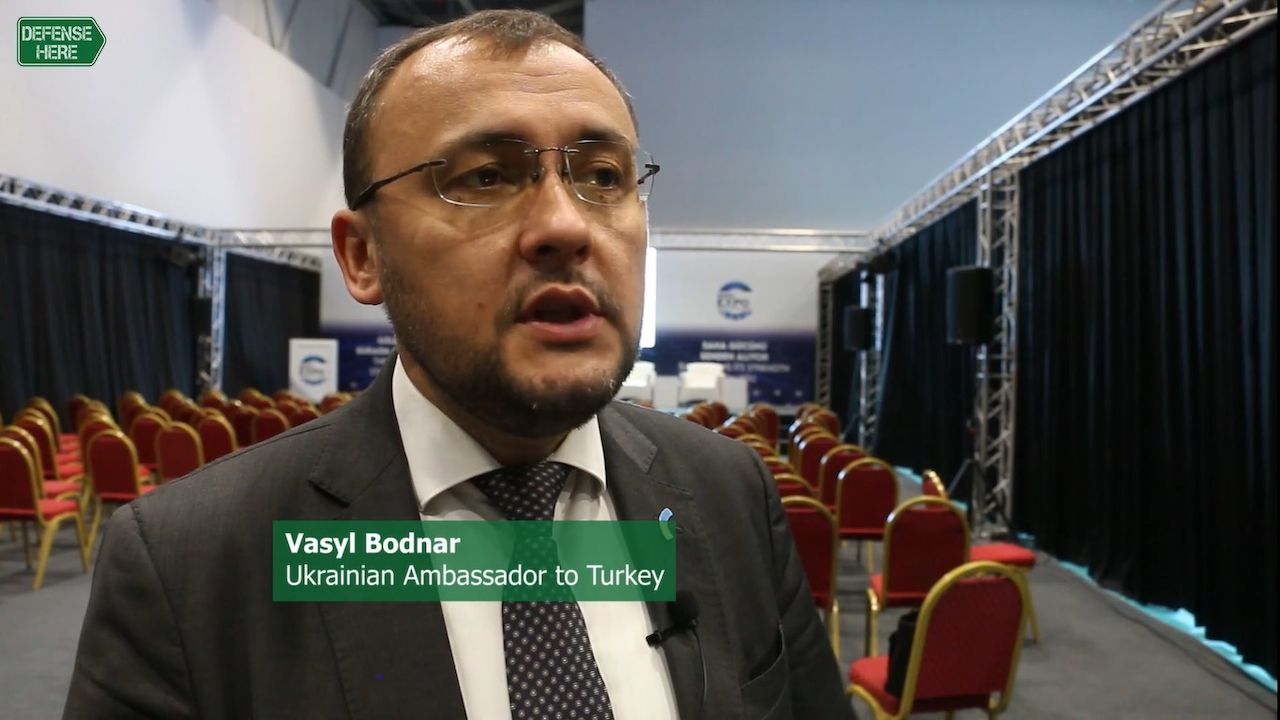 In an interview with defensehere.com, the Ambassadors of Ukraine to Ankara H.E. Vasyl Bodnar said "I was really proud to walk around this pavilion and see a number of Ukrainian representing us here. It’s almost 14, if I’m not mistaken".

He also talked about how Ukrainian defense industry companies have interest in the Turkish market and Turkish companies stating, "When I visited them, all of them had already established cooperation with Turkish partners and they have some projects or had signed contracts for future development."

Bodnar also underlined that these types of contracts and joint projects strengthen the corporation between the two countries, both on state level and the private sector.

He also clarified that private companies play a big role in pushing governments to create new opportunities and also work more actively to protect them, promote them as well as strengthening bilateral ties with other countries based on the common interests.

"I also believe that the number of Turkish companies in Ukraine, and in Ukrainian exhibitions, will increase," Bodnar said showing how Turkish defense companies are also interested in the Ukrainian market.

"We also had a military exhibition this year in Ukraine and I saw almost all of the key companies that are here in the Ukrainian exhibition as well. For example; Aselsan, Bayraktar, Roketsan and many others," He added.

Bondar also mentioned that most of these key Turkish defense industry companies have already established representative offices in Ukraine adding that he believes that Ukrainian companies will soon do the same in Turkey, and he concluded saying that this type of cooperation will lead the Ukrainian defense industry to grow stronger.