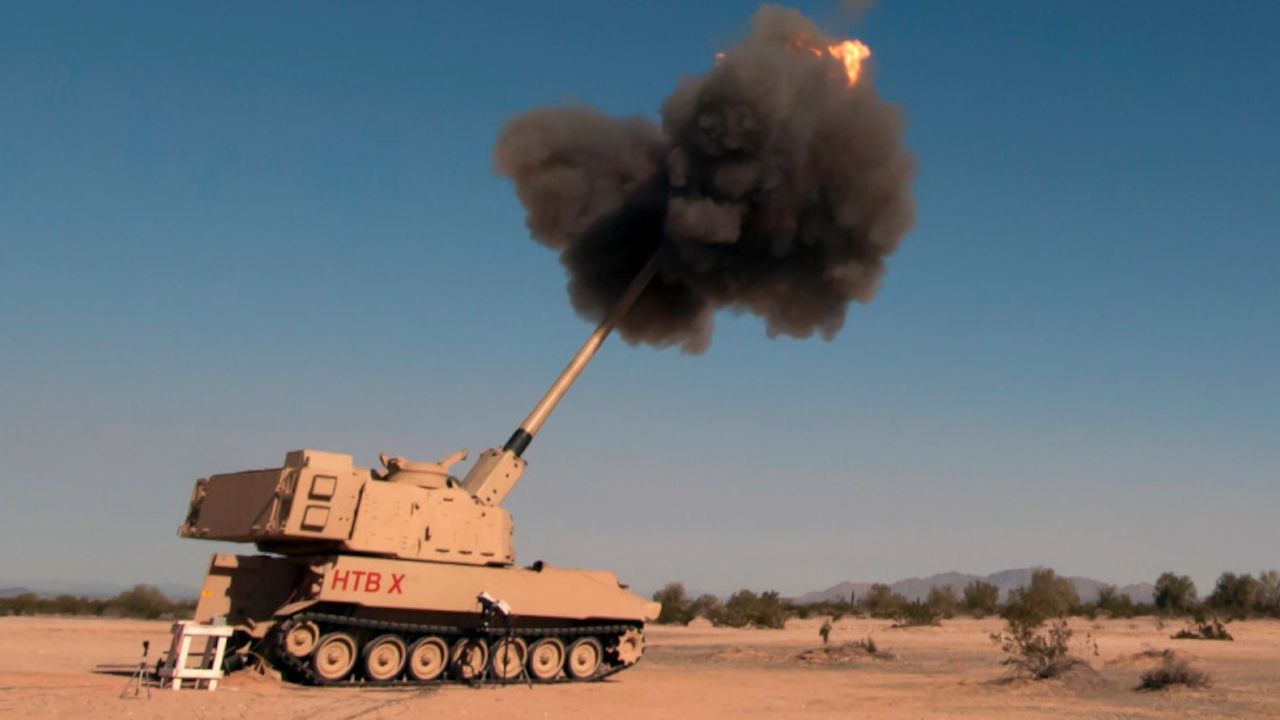 The U.S. Army has picked five small business innovators to build prototypes intended to help increase the rate of fire of self-propelled howitzers as well as in future systems, Brig. Gen. John Rafferty, who is in charge of the service’s Long-Range Precision Fires modernization efforts, told Defense News on April 15.

The SPARTN Fire Faster project is one of three lines of effort in which the Army is engaged to increase the rate of fire and smooth out the process of loading artillery pieces.

How the Army handles ammunition in an artillery battalion hasn’t changed in over 50 years, a fact that leaves Rafferty “a little bit embarrassed,” according to a previous interview with Defense News.

The five small businesses who will continue on in the program, chosen from a larger pool generated from a solicitation posted last year, are Austin, Texas-based ARM Automation; Carnegie Mellon Robotics (CR) Tactical in Pittsburgh, Pennsylvania; San Diego, California-based Dynovas; H.A. Eckhart in Lansing, Michigan; and another Pittsburgh-based company, RE2 Robotics.

CR Robotics, which specializes in robotic sensors and platforms, is also one of three companies involved in the Army’s Field Artillery Autonomous Resupply (FAAR) effort being run through the Army Applications Lab.

While Fire Faster is focused on the interior of the Howitzer, FAAR is helping to solve handling artillery through automation across the logistics chain. The Army picked six companies to work on the effort at the beginning of 2020 and down-selected to three companies who are working to deliver prototypes.

While the Army cannot disclose the specific technology each company has pitched, ARM Automation, since 1993, has been focused on automated manufacturing solutions for a variety of industries, and CR Tactical is focused on robotic sensors and systems used across a variety of applications from defense to agriculture to mining among others.

Dynovas has been working in both the aerospace and defense fields developing mechanical and munitions handling systems for over 30 years.

H.A. Eckhart is a company with experience in robotics and automation as well as 3D printing and additive manufacturing. It was established in 1974.

In this phase of the program, the companies will have 24 months to further develop concepts and detailed designs although some may finish as early as 18 months depending on the project, Rafferty said. Companies could receive up to $2.5 million in contracts or matching funds.

The Army will continue to use soldiers and users to offer frequent feedback to the developers throughout the process, he said, with resulting prototype technology that is proven at a component level or at a system level in expected operational environments.

At the end of the period, the service will evaluate prototype performance to determine next steps.

While Rafferty could not discuss specific reasons why each company was chosen, he said a panel of evaluators, using a process that eliminates bias, looked at a number of criteria to make determinations.

The panel focused on “concept maturity, feasibility and the impact to reducing the rate of fire,” Rafferty said.

The Army took pains to map its entire logistics and operational process to fire artillery in great detail for the companies involved. Once the companies fully understood that process, they had to clearly articulate how their technologies would impact that process, according to Rafferty.

In addition to the Fire Faster and FAAR efforts, the Army is also working on its own, internally developed autoloader intended to be integrated into its Extended Range Cannon Artillery (ERCA) system in development.

Rafferty told Defense News last year the service was reconfiguring the existing architecture of its original prototype autoloader by reducing its capacity in order to make it easier to integrate.

At the end of March, the Army demonstrated the original, full-capacity design at Yuma Proving Ground, Arizona. Rafferty said it was a “very impressive” event and a “real engineering feat that our Armaments Center should be very proud of.”

The Army “wanted to take it all the way to this demo to do a couple of things,” he said, “and it was to validate the software, the hardware and to improve the model that we have been using to develop the technology and integrate it into the howitzer.”

A 23-round autoloader is the objective, reduced-capacity system that the Army is continuing to mature. Rafferty said he expects a fully integrated demonstration later this year.

“The original design proved really too cumbersome and too many trades for mobility and survivability and reliability that we weren’t willing to make,” Rafferty said, “so scaling that thing down to 23 rounds, like I said, using the existing architecture. It wasn’t a clean sheet.”

The demonstration of the 23-round autoloader coming this year is reliant on the same hardware infrastructure and software used in March.

While the Army had planned previously to deliver a prototype in 2024, Rafferty said that is no longer a “viable option for us anymore, and that’s okay.”

The guidance the service received from senior leaders, he said, was to prioritize range and lethality with the ERCA system and then “rate of fire when we are ready with the right alternative to provide soldiers and units in the field.”

The Army hasn’t changed its approach, Rafferty said. “We want to make sure we get it right.”

In this case that means scaling the capacity of the autoloader down to 23 rounds as the “sweet spot for weight and center of gravity and on-board kills.”

Through the effort “we learned a lot,” he noted. “We know what it is going to take for the ERCA platform to be successful.