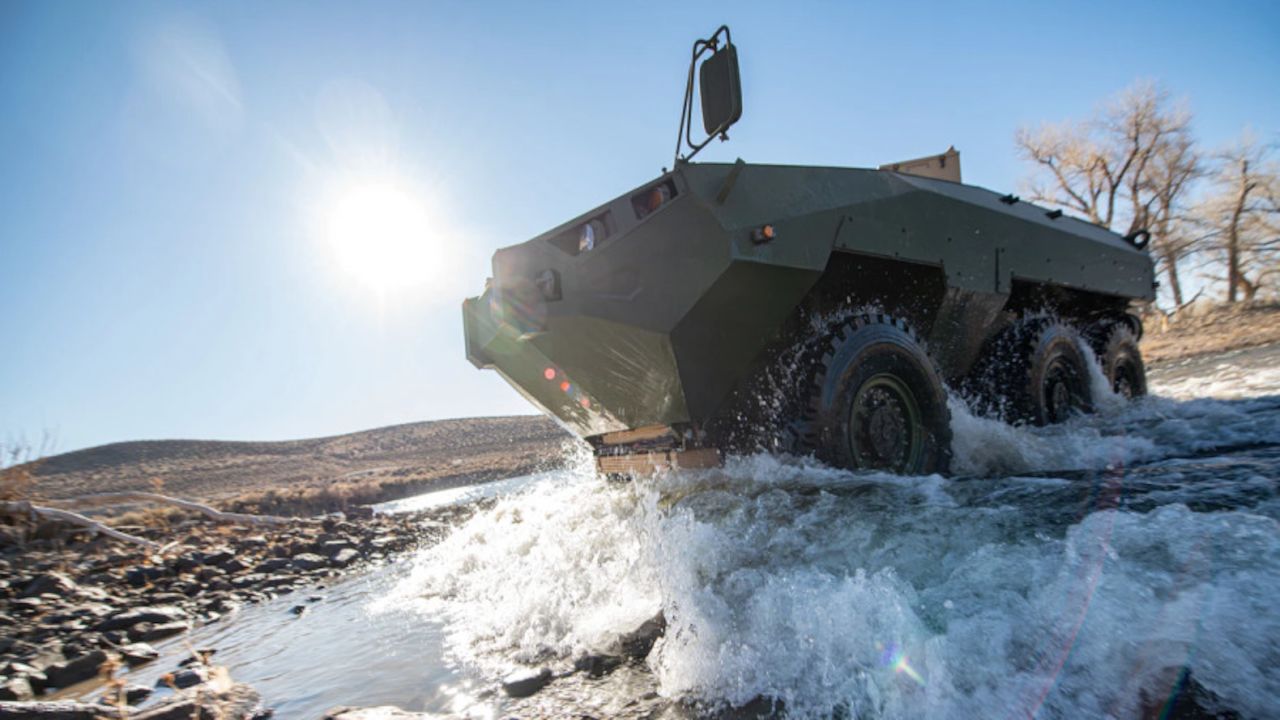 The Marine Corps will also work with BAE Systems to study the possibility of adapting an amphibious combat vehicle to become an advanced reconnaissance vehicle, or ARV.

Army Contracting Command-Detroit Arsenal in Michigan will award ARV other transaction authority contracts — which streamline the process for rapid prototyping — with the National Advanced Mobility Consortium if negotiations with Textron and GDLS are successful, said a Marine Corps statement.

Incumbent GDLS — which is the manufacturer of the Light Armored Vehicle-25 currently in service — said it submitted an ARV prototype proposal by the Corps’ May 3 deadline.

Textron said at the time of the solicitation deadline that it would compete with a prototype it already built and drove nearly 750 miles, dubbed “Cottonmouth.”

“General Dynamics Land Systems has aligned with the Marine Corps’ 10-year transformational initiative, a key portion of which seeks to build a 21st-century reconnaissance capability that is highly mobile on land and in the water,” Phil Skuta, GDLS director of business development for U.S. Marine Corps and Navy programs, said in a July 16 company statement. “This innovative, multi-domain capability will be able to control air and ground robotics and provide critical reconnaissance information through onboard and networked sensors.”

Earlier this year, BAE Systems would not confirm whether it planned to participate, but several sources connected to the competition told Defense News they believed the company had submitted a bid. BAE manufactures the Marine Corps’ currently fielded amphibious combat vehicle.

The Marine Corps wanted proposals for the research and development of an ARV prototype as part of its pursuit to replace roughly 600 1980s-era LAV-25s so light armored reconnaissance battalions can function as battlefield managers. The vehicles will need to operate amphibiously.

“The ARV C4/UAS will employ an effective mix of reconnaissance, surveillance, target acquisition, and C4 systems to sense and communicate,” the statement continued. “These systems will enable ARV to serve as the manned hub of a manned/unmanned team and deliver next-generation, multi-domain, mobile reconnaissance capabilities.”

The OTA contract will last 22 months, during which prototypes are built and evaluated. Prototypes are planned for delivery in the first quarter of fiscal 2023. The Marine Corps will spend six months evaluating the prototypes.

The service will consider data from the prototyping effort and the study on possible conversion of the ACV to an ARV, then make a decision on the way forward in FY23.

In its solicitation to industry, the Corps said it “may pursue” a production effort upon successful completion of the prototype project, which could be worth about $1.8 billion to $6.8 billion over five years. The plan is to build roughly 500 of the vehicles.

A replacement for the LAV is becoming increasingly necessary, as the existing platform was considered the most accident-prone ground combat vehicle in the Marine Corps from 2015 through 2019, based on a Government Accountability Office analysis.