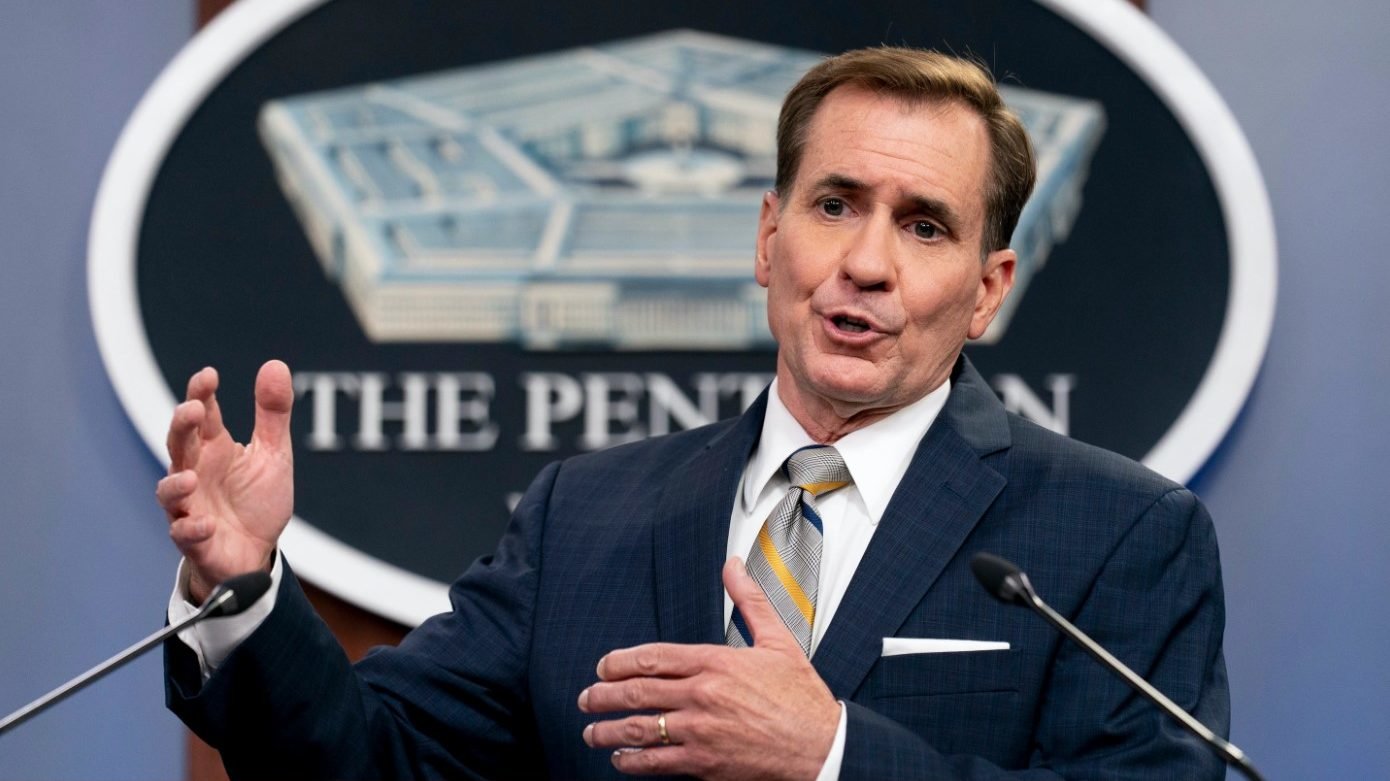 Russia's use of a hypersonic missile to strike a target deep in war-torn Ukraine may be indicative of inventory shortages, the Pentagon said Tuesday.

Spokesman John Kirby told reporters that Moscow's use of the weapon to strike a storage facility last weekend "could very well be tied to inventory problems and performance problems that they're having with respect to precision-guided munitions."

Hypersonic missiles are costly weapons that travel at least five times the speed of sound, making them difficult to track and intercept.

The comments come hours after a senior Pentagon official said Russia has lost more than 10% of the forces it sent into Ukraine.

The official, who spoke to reporters on condition of anonymity, said Moscow now has "slightly below" 90% of the forces it amassed in Belarus and western Russia ahead of its military operation that began Feb. 24.

The US estimate comes after a pro-Kremlin tabloid reported Monday what it said was Russian Defense Ministry data indicating 9,861 Russians have been killed and 16,153 injured during the Russian war on Ukraine. The report from Komsomolskaya Pravda was quickly taken down.

The Russian Defense Ministry has not publicly identified the number of casualties that Russia has sustained since early March when it said 498 soldiers had died. Ukraine has claimed to have killed 15,000 Russian troops, including five generals.

According to UN estimates, at least 953 civilians have been killed and around 1,557 others injured in Ukraine since Russia began its attack on its western neighbor.

However, the UN has warned that the true toll is likely to be much higher because it has not been able to gain access to areas of heightened hostility.

The war has also driven 10 million people from their homes, either internally or as refugees who fled abroad, according to the UN refugee agency.