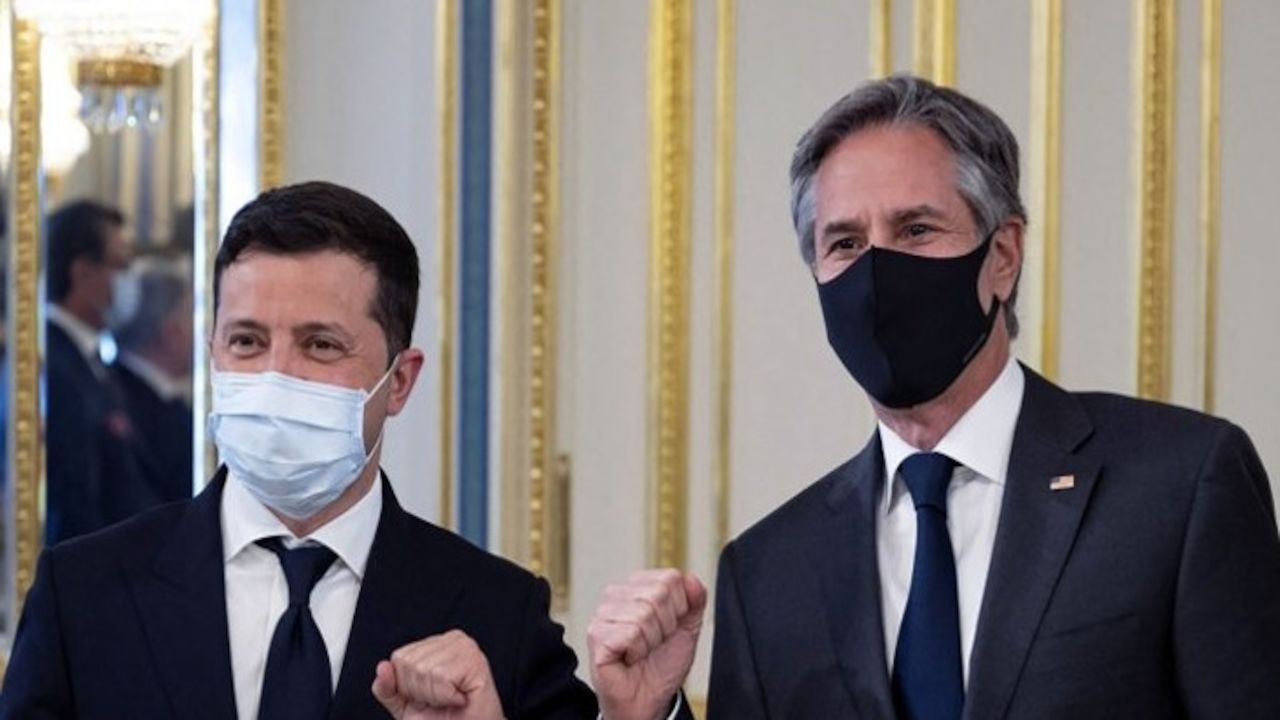 US Secretary of State Antony Blinken expressed Washington’s support for Ukraine at a meeting with President Volodymyr Zelensky on Thursday.

Washington will continue to strengthen its defense partnership and close cooperation with Ukraine to guarantee the country’s security, Blinken said at a joint news conference in Kyiv.

For his part, Zelensky thanked the US for maintaining sanctions against Russia and complained about the lack of unity in this regard in the European Union.

"In Europe, unfortunately, there are different views on this issue, and sometimes it does not meet Ukraine's interests," he said, noting that he not only discussed occupied Crimea and Donbas with Blinken but also the Nord Stream 2 project and security in the Black Sea and Azov Sea regions.

Zelensky recalled that Ukraine plans to hold a summit on the Crimean Platform – Zelensky's initiative to return Crimea to Ukraine – and invited US President Joe Biden to join the meeting.

The president also complained about Russian troops on the Ukrainian border, saying the withdrawal of the military is going too slow and that tens of thousands of soldiers continue to remain in Crimea.

Blinken emphasized that Ukraine is the first country he has visited since assuming office, which shows the importance the US attaches to relations with the country.

He voiced support for the independence, sovereignty and territorial integrity of Ukraine as well as Ukraine's efforts on the Euro-Atlantic path and the reforms taking place in the country.

He also commented on the tensions with Russia, which escalated in recent weeks after it amassed the highest number of troops on Ukraine's border since 2014 "for military exercises.”

"We know that Russia has withdrawn part of its military troops from the border with Ukraine, but there are still a significant number of troops, and we are closely following developments," he said.