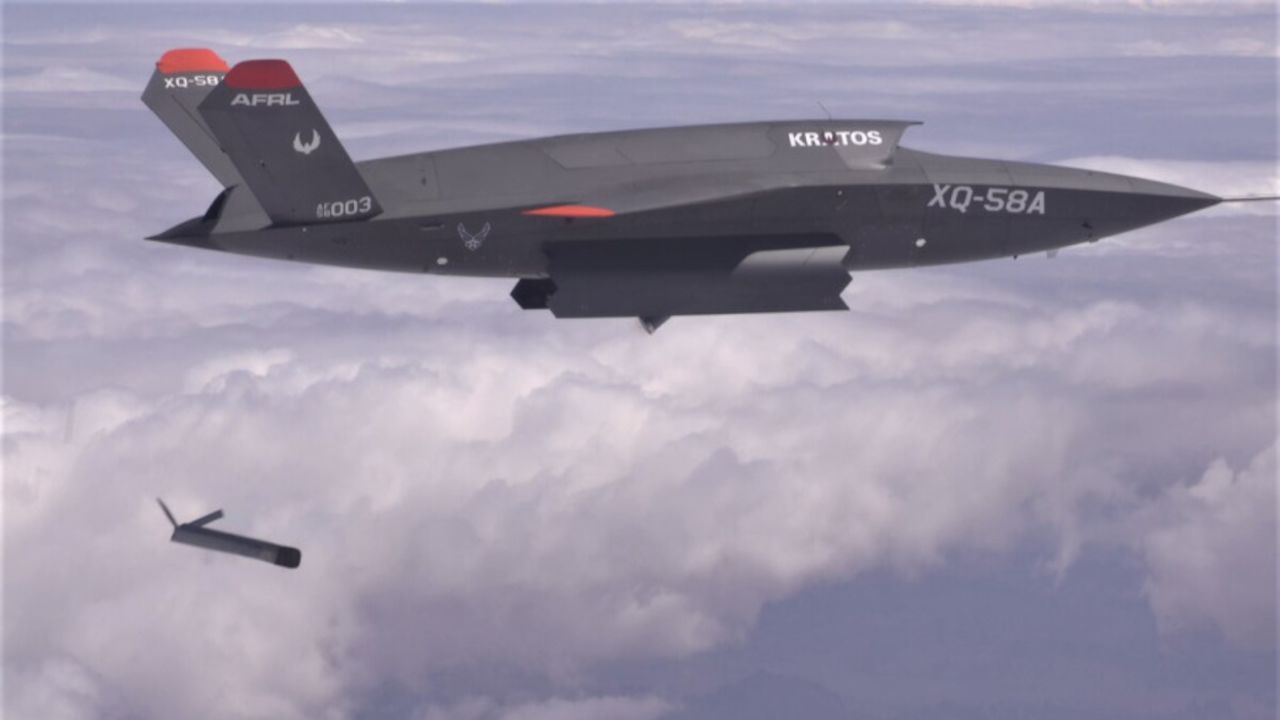 The Kratos XQ-58A Valkyrie drone successfully launched an even smaller unmanned aircraft from inside its internal weapons bay on March 26, the U.S. Air Force announced Monday.

During the Valkyrie’s sixth flight test at Yuma Proving Ground in Arizona, it opened its payload bay doors during flight for the first time and released an ALTIUS-600, a small, tube-launched autonomous drone made by Area-I, a Georgia-based company that designs unmanned aerial systems.

The Valkyrie is an “attritable” drone, the word the military uses for an asset that can be reused but is cheap enough that a commander would expect and be comfortable with a certain amount of losses while in combat.

The Air Force is experimenting with using the Valkyrie as a communications node for the F-35 and F-22 fighter jets, as well as assessing it as a potential Skyborg system that would be equipped with artificial intelligence and be able to fly autonomously alongside tactical aircraft.

ALTIUS-600 can be launched for a variety of missions, including electronic warfare, signals intelligence, counter-UAS, and intelligence, surveillance and reconnaissance, and it can be outfitted to produce kinetic effects. It can weigh up to 27 pounds — including a 6-pound payload stored in its nose — and has an endurance of about four hours, according to Area-I.

Both Kratos and Area-I worked with the Air Force Research Laboratory to develop software and fabricate a carriage that would allow the Valkyrie to release the ALTIUS-600, the lab said in a release.

Once the launch of the ALTIUS system was finished, the Valkyrie completed additional tests geared toward expanding the aircraft’s flight envelope, the lab said.

“In addition to this first small UAS] separation demonstration, the XQ-58A flew higher and faster than previous flights,” said Alyson Turri, the Air Force’s program manager for the demonstration.

Steve Fendley, President of Kratos Unmanned Systems Division, said the success of the ALTIUS release “adds an exclamation point to the 30-month development of the Valkyrie system by the Kratos and AFRL team, which resulted in a pre-production system with substantial operational capability, not simply a proof-of-concept flight demonstrator.”

The Army is also experimenting with the ALTIUS platform as part of its air-launched effects demonstrations, including last year’s Project Convergence demo, which saw the UAS deployed from an MQ-1C Gray Eagle drone.

Last week, Anduril Technologies announced plans to buy Area-I and operate it as a wholly owned subsidiary that would retain the Area-I brand.