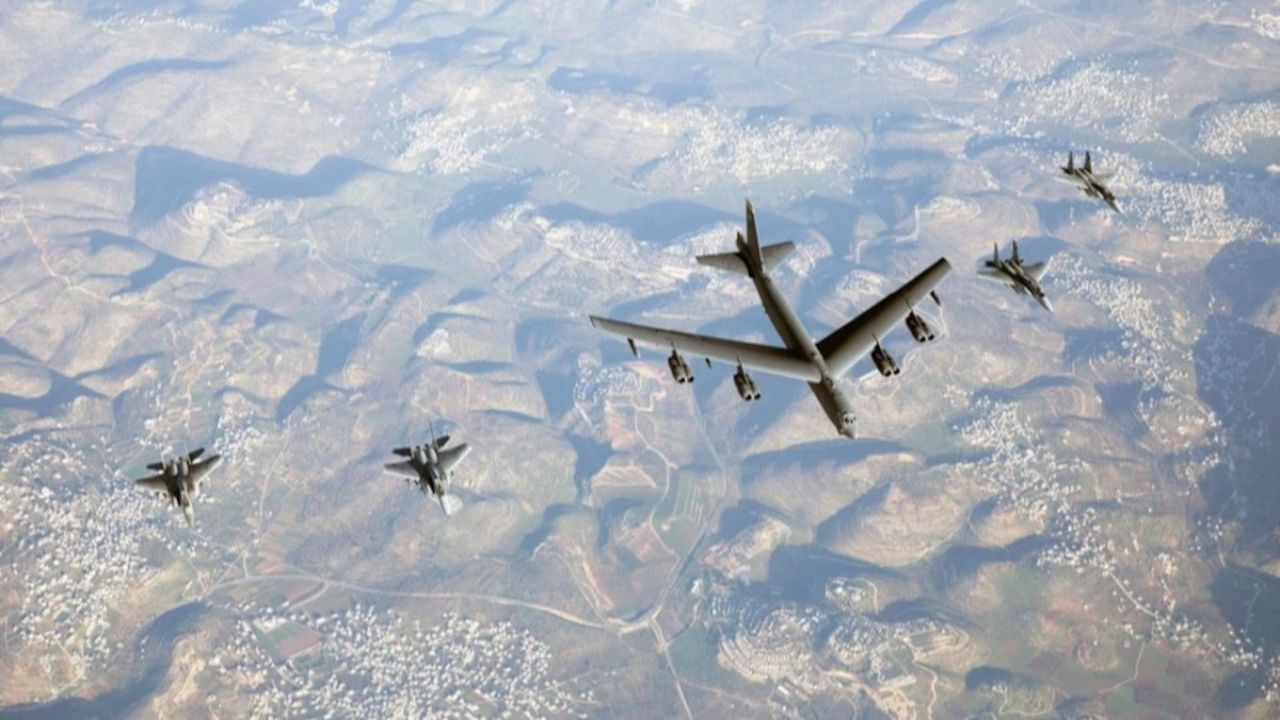 Two American B-52 bombers have performed a strategic fly-by, accompanied by Israeli fighter jets, in a show of force “pivotal in maintaining the security of Israeli and Middle Eastern skies,” according to the IDF.

Israeli F-15 fighter jets escorted US bombers during part of the trip through the country's airspace, the Israel Defense Forces confirmed in a tweet on Sunday, releasing some rare photos and video of the drill.

On other parts of the route, the US strategic bombers were escorted by Saudi and Qatari aircraft, according to the US military’s Central Command, although no visuals of the escorts were made available.

According to flight-tracking data, the bombers flew out of Minot Air Base in North Dakota in a second such deployment under President Joe Biden. Such flights were also common in the last months of Donald Trump’s presidency.

Just like the IDF, the US military also did not mention Iran directly, but said the fly-over was performed to “deter aggression” and reassure allies of the US' “commitment to security in the region.”

Amid perpetually high tensions in the region, Israeli Defense Minister Benny Gantz openly spoke about Tel Aviv constantly updating its plans for a potential strike against Iranian nuclear facilities, and even showed a map of potential targets in a recent interview with Fox News, which the channel decided to blur.

In response to Gantz, Iranian Defense Minister Amir Hatami warned on Sunday that Tehran will “raze Tel Aviv and Haifa to the ground” if Israel ever tries to attack the Islamic Republic.