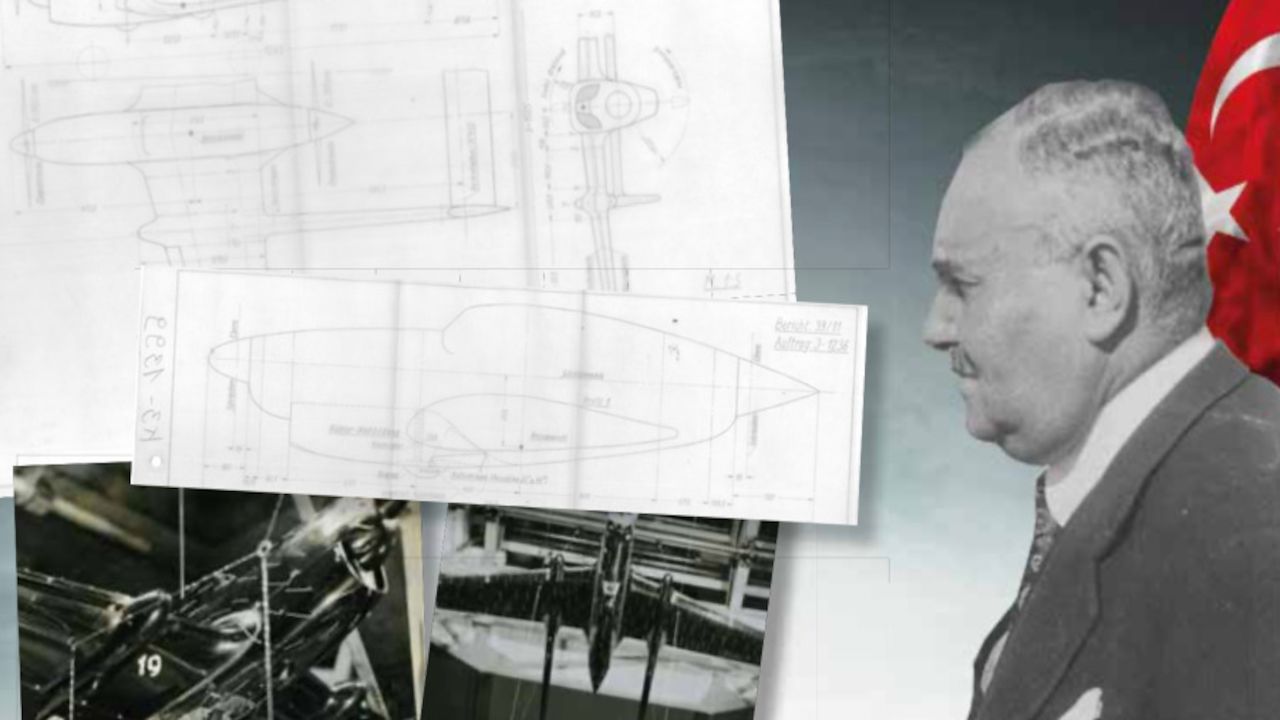 Turkish Aerospace was told the story of the aircraft Nu.D.40, which was one of Nuri Demirağ’s biggest projects that unfortunately was hidden in the dusty pages of history. Dr. Emir Öngüner, who traced the history of Nu.D.40, known as the first Turkish fighter project, introduced the project to Turkish Aerospace, and mediated the realization of Demirağ’s greatest dream at company facilities. Dr. Öngüner talked to us about this big project and the history of Turkish aviation.

Can you briefly tell us about yourself?

After graduating from St. Georg Austrian High School in 2005, I studied at the University of Stuttgart at the Department of Mechanical Engineering. I was an intern at Bosch and Daimler and an assistant at the faculty for nearly three years. I completed my my diploma thesis at Mercedes- Benz’s Department of Aerodynamics in 2012. Then, I was accepted by the von Karman Institute for Fluid Dynamics in Brussels for my postgraduate studies. I started my doctorate study in the summer of 2013 at Brandenburg University of Technology and defended my thesis in late 2017. For the last three years, I have been working on experimental aerodynamics at the German Aerospace Center (DLR).

Can you speak to us about your work?

I’m trying to obtain information on the history of aviation from international resources. I’ve collected documents on the history of rockets for a long time. I’m working on a chronological compilation based on the primary resources of the works of masters such as Tsiolkovski, Goddard, Oberth, and von Braun. It’ll probably take a few years to be published.

Additionally, I’ve collected many documents about the German influence on Ottoman aviation during World War I, partnerships and diplomatic interactions with Germans in the field of aviation in the early Republic period, and Turkish students who were sent to Germany for aviation training. I plan to publish books on these topics in the coming years.

Soon you will publish a book in which you talk about Nuri Demirağ and his Nu.D.40 aircraft based on official records. Thanks to this book, one of the biggest dreams of Turkish aviation hero Nuri Demirağ will be realized at Turkish Aerospace. How did you have the idea to manufacture the Nu.D.40?

The book focuses on the history of the Nu.D.40, the first Turkish fighter project hitherto unknown, based on official archival documents. Since there were no wind tunnels in Turkey back then, they applied to a foreign facility for the Nu.D.40’s aerodynamics test. In 1938, the the technical drawings were sent to the Aerodynamic Experimental Station (AVA, Aerodynamische Versuchsanstalt), which at the time was the pioneer of DLR, in Göttingen, Germany. There, they built a prototype and conducted wind tunnel tests. Afterwards, they sent Turkey a comprehensive report of 110 pages.

Problems of communication arose with the beginning of the war, and, although the AVA delivered all the reports, it could collect only a portion of the money it had originally requested. During the communication gap, in 1940, the report on Nu.D.40 was given to two German aviation firms according to the German Ministry of Aviation’s decision. Although I obtained some findings regarding what these firms did with the Nu.D.40’s data, unfortunately, we don’t have anything precise.

The interesting thing is that there hasn’t been a single line of writing or official documents about this aircraft in Turkey for over 80 years. I’m very curious about the reason behind this. After reading all the documents and taking notes, I thought, “This is an encouraging story one should learn from.” The history of Nu.D.40 demonstrates the importance of technical infrastructure and and corporate achives in terms of the industry. Therefore, I appeal to everyone who will read this book to have a critical perspective.

To ensure these documents’ contribution to Turkey, I first requested a meeting with Turkish Aerospace President and CEO Prof. Temel Kotil. I shared with him the documents in July 2019, and he told me, “You know what I thought when you told me all this? We should definitely build this aircraft!”

After preparing a draft of the book, I presented it to Mr. Kotil in December 2019 when we held a meeting at Turkish Aerospace. I shared all the technical drawings I had with Turkish Aerospace. They created a team and made a three- dimensional digital model. Afterwards, they started building a 1:24 scale model. The next steps include two Unmanned Air Vehicle (UAV) models of Nu.D.40 (one with fossil fuel and the other with electricity) in scales of 1:5 and 1:8, and a 1:1 scale real model.

What do you think about this dream that is going to come true after many years?

Now, it’s our duty to own Nuri Demirağ and his team’s heritage, to realize Nu.D.40, and to fly it in the Turkish skies where it belongs. I feel extremely honored to play a part in the realization of such a dream.

The discovery of Nu.D.40 clearly demonstrates the importance of the concepts “industrial heritage” and “history of technology.” We need to do research on our industrial history with official documents, to conduct comparative analyses, to relay our findings without biases, and to explain what is wrong or right in a reasonable way. In this context, we need to remind people that history is a branch that requires the attention of not only social scientists but also engineers and natural scientists.

As someone who conducts research on the history of Turkish aviation based on primary resources, can you evaluate the change in Turkey over the years and its current position in the global aviation industry?

Looking back on our history, the aviation efforts that began in the early Republic period were interrupted during World War II, and, during the post-war world order, Turkey’s position became quite passive. Currently, we can clearly see the outcomes of the movement of nationalization in the defense industry that began after the Turkish invasion of Cyprus. In this regard, Turkey’s success in the field of aviation is an undeniable fact. The Turkish Fighter, which stands out among the fifth-generation fighter aircraft manufactured by only a few countries in the world, is a sign of prominent prestige in the international market. The problem of wind tunnels, which was the case for Nu.D.40, has been solved, and, with a decision made in 2019, two new facilities (one subsonic, one trisonic) will be presented to Turkish industry. I hope we see other new successful projects that are befitting as we approach the centennial anniversary of the Turkish Republic.