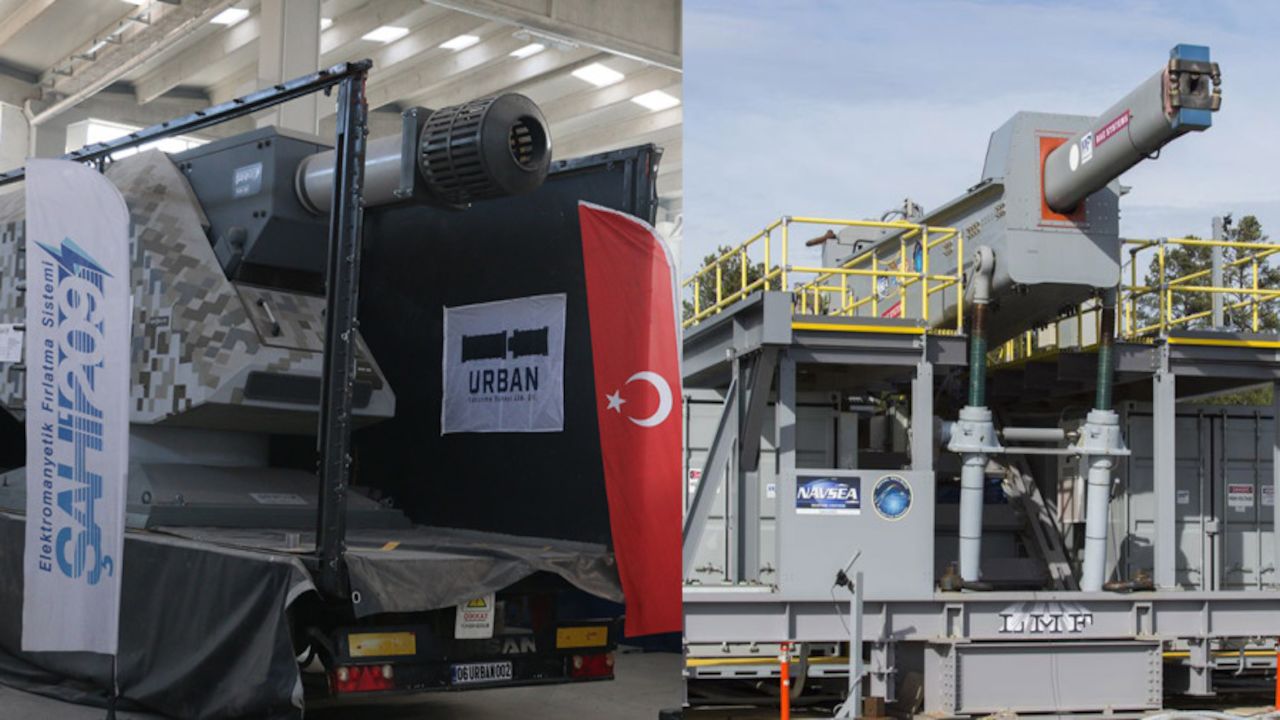 As a part of the Electromagnetic Railgun development project, the NAVSEA tested the railgun over the Potomac River on December, Popular Mechanics shared. Though the results of the test weren’t shared by the officials, the U.S. Navy’s great interest in railgun is no secret.

A railgun is a linear motor device, typically designed as a weapon, that uses electromagnetic force to launch high-velocity projectiles. As of 2020, railguns have been researched as weapons utilising electromagnetic forces to impart a very high kinetic energy to a projectile rather than using conventional propellants.

Electromagnetic Railgun (EMRG) is a weapon that uses electricity instead of gunpowder to send projectiles downrange. EMRG draws its power from the ship’s overall electricity supply. Railguns use magnetic fields created by high electrical currents to accelerate a projectile to Mach 6, or 5,400 miles an hour. The velocity is sufficient to give the EMRG an effective range of 110 nautical miles, or 126 miles on land. While the U.S. Navy’s current MK 45 five-inch gun has a range of just 20 miles.

The U.S. Navy’s $500 million electromagnetic railgun—capable of slinging projectiles at hypersonic speeds—lacks funding and has no coherent plan to deploy on warships. The Navy is instead pursuing an offshoot of the railgun, a Hyper Velocity Projectile (HVP) it can fire from existing gun systems. In 2018, USS DEWEY (DDG-105) fired 20 HVPs from a standard Mk 45 5-inch deck gun in Rim of the Pacific (RIMPAC) international exercise.

The alternative hypervelocity projectile (HVP) is the same projectile developed for the EMRG but modified to fire from the Navy’s 127 millimeter deck guns. The projectile has a top speed of Mach 3, only half the speed as from an EMRG, but still an improvement over current 127 millimeter projectiles.
Electromagnetic railgun (EMRG) provides multi-mission potential for hypersonic missile defense, anti-air and surface warfare, and naval surface fire support.

The Navy’s near-term goal is a 20 to 32 megajoule weapon that shoots a distance of 50 to 100 nautical miles. Navy officials want a rate of fire for the electromagnetic railgun of at least 10 rounds per minute.

There are ongoing projects at other countries to develop railgun including EDA, India, Russia, Turkey and China.

In 2018, observers spotted a Chinese railgun on the Yangtze River, mounted on a retired landing craft. The ship, the Haiyanshan, was dubbed the “Yangtze Sea Monster” before it appeared on the open ocean later that year. The PLA navy plans to have the electromagnetic railgun on naval vessels as early as 2025.

Turkish indigenous Rail Gun (launches ammunition with electromagnetic power), Şahi-209, will be integrated to a naval vessel in order to make the sea trials of the Block-II version of the gun. Turkey will be the third country, using the railgun at sea.

The Russian Navy plans to equip Slava-class cruisers with EMRG. India’s Defence Research and Development Organisation carried out a successful test of a 12 mm square bore electromagnetic railgun in 2017, it’s still under development.

Developing EMRG is a new field of race. As EMRG’s advantages emerge, it’s not hard to anticipate that it will replace existing guns.