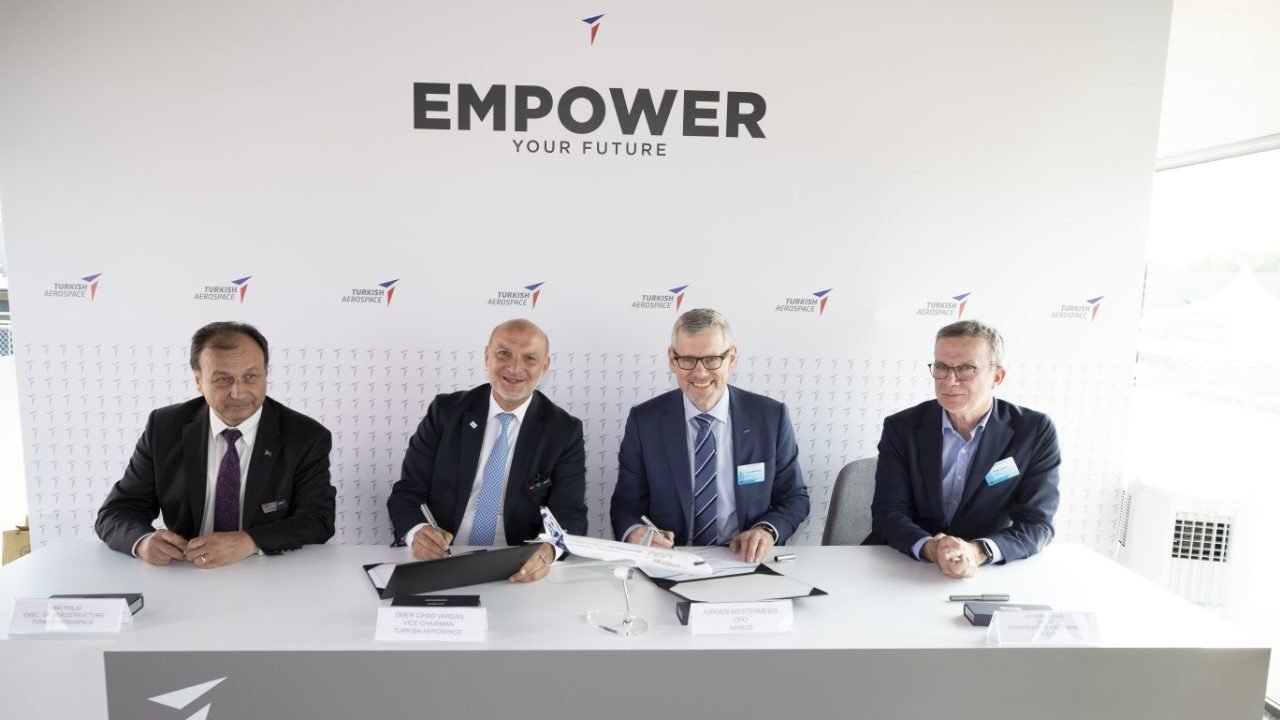 The signed contract will cover the A350F's barrier wall, the A320 series 18 and 19 section combination, as well as the A220 series mid underbody panels.

Providing thousands of parts and components to Airbus platforms for more than 20 years, Turkish Aerospace's ongoing projects include the production of A350XWB Winglets, A330 Rudder, A320 Section 18 and Section 19.

Ömer Cihad Vardan, Deputy Chairman of the Board of Directors, who took part in the agreement signed between Airbus and Turkish Aerospace, stated the following about the cooperation:

"We are proud to once again sign a comprehensive and long-term business package with Airbus, one of the strategic companies with which we cooperate in the field of aviation. I believe that the close cooperation between our company and Airbus will support the performance and cost effectiveness of the A320 Series, A350F, A220 programs. I congratulate all my colleagues and Airbus officials who contributed to this cooperation."