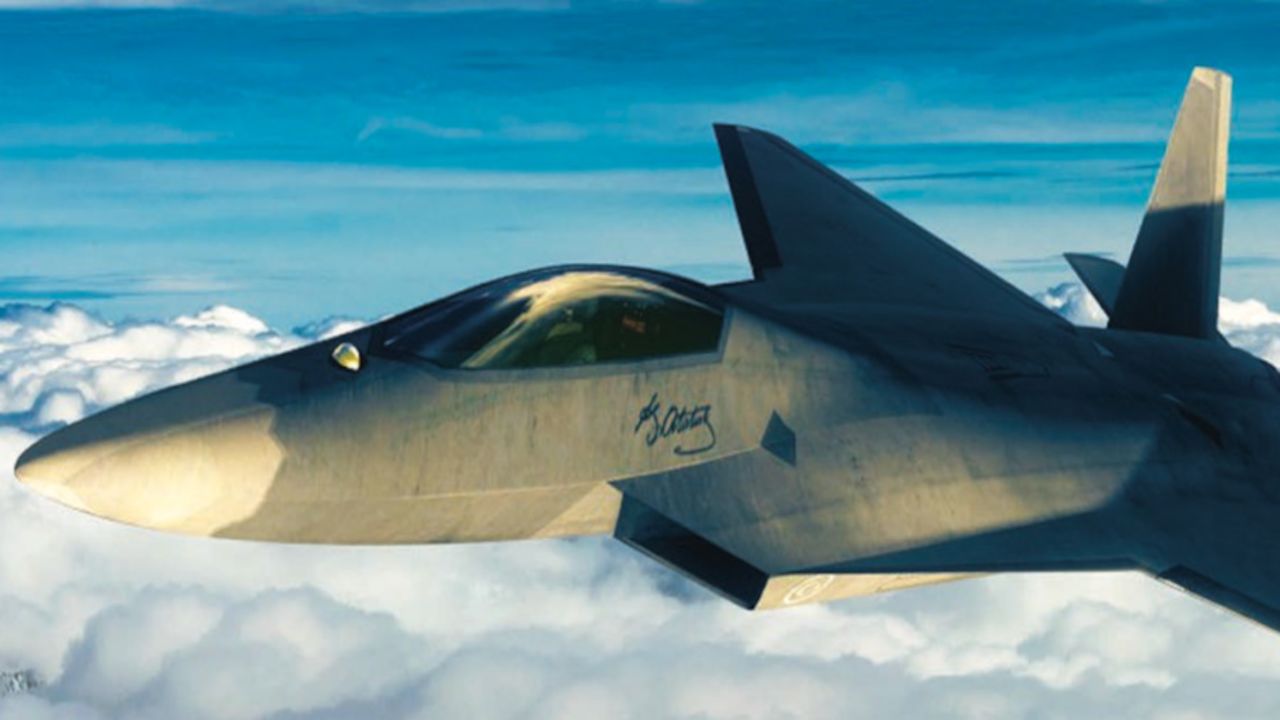 As types and levels of threats change, operational environment and the fight for supremacy also change. Aircraft of 4th or earlier generations (F-16, F-18, EFA, etc.) that are currently in the inventory of many countries will give way to aerial systems referred to as 5th Generation after a while and these 5th Generation aircraft will have critical importance in providing countries with security against threats.

With the advanced technology that they employ, 5th Generation aircraft are multirole combat aircraft that can perform any task – including novel tasks that cannot be performed by other aircraft – successfully.

In theaters of operation, where 4th Generation aircraft have difficulty adapting to, 5th Generation aircraft change the power dynamics and create a battlefield to which their opponents should adapt themselves. “Network-Based Capability – NBC” here stands out as one of the most critical capabilities.

NBC is defined as a concept that is based on creation of capability packages through which 5th Generation aerial platforms will perform actively with all command and control components, and provides a force structure accordingly, rather than being an effect based operation -which is one of today’s warfare terms- and having a “threat- based” force structure.

In particular, NBC is an operation concept based on the supremacy of information that allows increasing the combat power through establishing a connection between sensors, decision makers and users of weapon systems by using network infrastructures in order to make sure that decision makers are aware of the picture in the theater of operation as a whole. The goals within the concept also involve increasing the communication and commanding speed, increasing the pace of the operation when necessary, using of the power possessed by concentrating it, ensuring survival and synchronization with other platforms in the theater of operation. In short, NBC is based on using information as a means of power.

In today’s 5th Generation platforms, collection and assessment of information and presenting it to decision makers through appropriate means require rather strong software and infrastructure. National Combat Aircraft (MMU), on which software of more than 20 million lines will run and software of hundreds of modules will work together, is defined as a “flying computer” as it is a 5th Generation aircraft and will perform the abovementioned functions.

The experience and knowledge accumulation that HAVELSAN has in various areas including software development and integration can provide basis for developing many capabilities, first and foremost, NBC. It is a well-known fact that when one tries to come up with a product in aviation, there will be many certification and standardization processes that will be encountered. In this regard, the software and hardware development activities, as well as their verification, will be conducted in compliance with the said procedures.

With MMU, we see a need to modernize some capabilities of Air Force Information System (HvBS) and make necessary adaptations to make sure the system is suitable for today’s technologies. In Air Force Command that still supports the existing systems through HvBS, HAVELSAN engineers are currently updating HvBS software in line with feedbacks coming from daily operations and recent technological developments, so that new weapons and equipment coming into the inventory of Air Force Command are integrated into the HvBS that has been actively used since 2007, and operational and logistical management activities are maintained.

In relation to HvBS software, works on various topics, some of which are provided below, are conducted in line with technological and operational needs according to a plan.

As HAVELSAN, we consider making most of the experience we have gained through numerous projects also in MMU project. We are of the opinion that the platform will be able
to perform maneuver and critical duties faster when the interaction between the systems on the aircraft is studied as a whole and quick data communication and processing is ensured. We believe we can use our capabilities in various areas, including mission planning, operation flight software, training infrastructure planning, production of pilot and aircraft maintenance training assistants, logistical information infrastructure and organization of supply chain management.

HAVELSAN is one of the leading companies in terms of flight and maintenance training simulators in the world. It provides simulator products to Turkish Armed Forces for aerial, ground, surface and submarine platforms. Gaining an important infrastructure in relation to combat aircraft with its experience in developing simulators for F-16, HAVELSAN has the capability needed to form the training concept and operationalize simulators in National Combat Aircraft Project.

With the flight simulators it has already developed, HAVELSAN has the capability for ensuring the performance of joint operations by simulators on different platforms within the inventory of Air Force Command through networking. As part of the MMU project, comprehensive trainings will be able to be conducted through networking architecture, in which not only MMU flight simulators but also simulators of all platforms within the inventory of Turkish Armed Forces participate,

first and foremost the aerial platforms and real systems with embedded training skills. In order to increase defense and attack competencies in operational terms, HAVELSAN is able to support live-virtual-constructive simulation (canlı-sanal-simüle eğitim) concept, which is the highest point of our objective “Train in the same way you fight”.

Furthermore, it will be possible to provide the pilot with the most ideal plan according to changing tactical conditions on a real-time basis owing to the integration of artificial intelligence competencies into National Tactical Peripheral Simulation that has been already in use at HAVELSAN for various projects.

We consider that there is a need for flight and maintenance training simulators of various types to be used in trainings, as well as a simulator needed for MMU’s first flight after it is taken into the inventory. In this scope, full-mission simulators, weapon and tactic trainers and flight training devices can be developed.