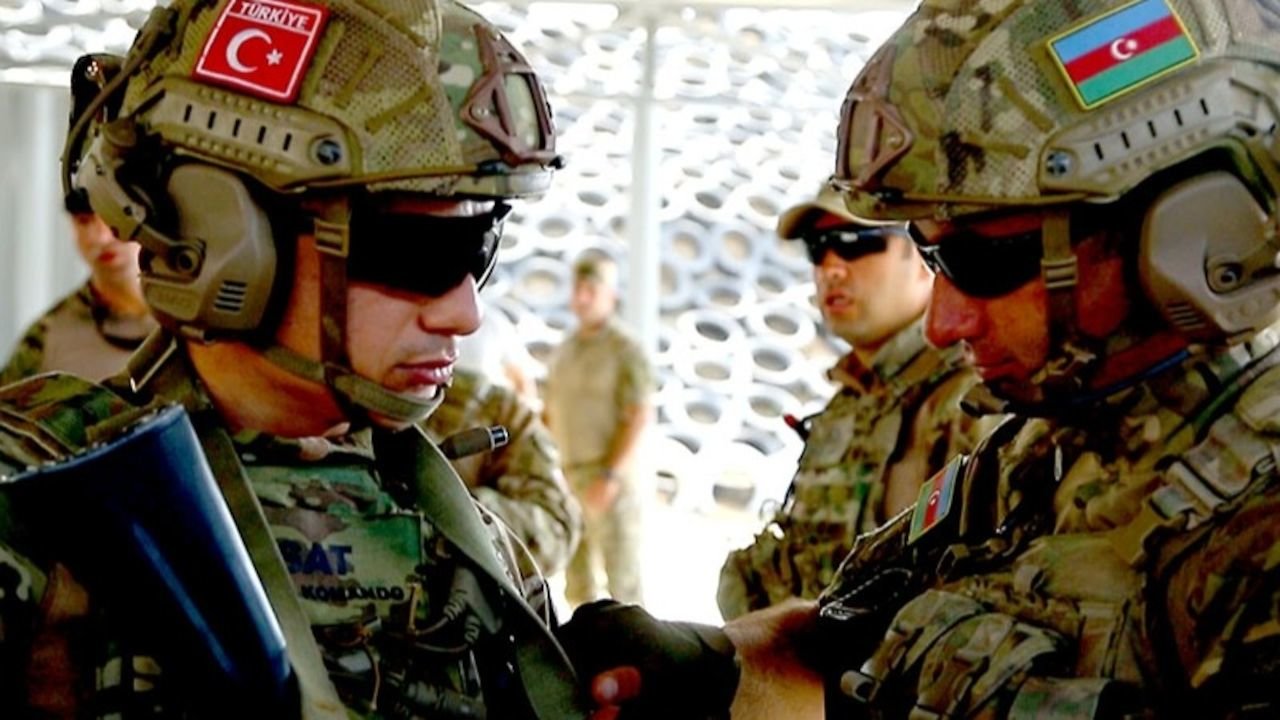 Servicemen of the "two fraternal countries" kicked off the exercises in Azerbaijan’s capital Baku in accordance with an agreement on military cooperation between the two countries, and the exercises will last until Sept. 12, the ministry said.

In June, Turkey's President Recep Tayyip Erdogan and his Azerbaijani counterpart Ilham Aliyev signed the joint declaration in Azerbaijan's historic city of Shusha, also known as the pearl of Karabakh, which was liberated last year from nearly three decades of occupation by Armenian forces. It focuses on defense cooperation, promoting stability and prosperity in the region, and establishing new transportation routes.

"The main objective of the exercises held with the participation of Azerbaijani and Turkish servicemen is to improve the interoperability of the units of the two countries’ armies during combat operations, to develop the military decision-making skills among the commanders and their ability to control units," the statement added.

It also noted that during the exercises, tasks on conducting underwater attack and defense operations will also be accomplished.

The Turkish Defense Ministry confirmed the exercises on Twitter, noting that pistol and infantry rifle shooting training and combat and close combat training in residential areas were carried out as part of the joint training of the Underwater Demolition Team servicemen.

The ministries of both countries also shared images and footage taken at the joint training.

The Shusha Declaration affirms joint efforts by the two armies in the face of foreign threats. It also pledges joint efforts for the restructuring and modernization of the armed forces.

The two nations also affirmed to encourage the execution of joint projects with the aim of developing capabilities in the field of sea, air and space.

The Shusha Declaration assures to expand and deepen joint efforts and cooperation in the fight against terrorism, organized crime, drug trafficking, money laundering, human trafficking, illegal migration and the proliferation of weapons of mass destruction.

Relations between the former Soviet republics of Azerbaijan and Armenia have been tense since 1991, when the Armenian military occupied Nagorno-Karabakh, also known as Upper Karabakh, a territory internationally recognized as part of Azerbaijan, and seven adjacent regions.

During the 44-day conflict, Azerbaijan liberated several cities and nearly 300 settlements and villages from the nearly three-decade occupation.

On Nov. 10, 2020, the two countries signed a Russian-brokered agreement to end the fighting and work toward a comprehensive resolution.

On Jan. 11, the leaders of Russia, Azerbaijan and Armenia signed a pact to develop economic ties and infrastructure to benefit the entire region. It included the establishment of a trilateral working group on Karabakh.

The cease-fire is seen as a victory for Azerbaijan and a defeat for Armenia, whose armed forces withdrew in line with the agreement.

Prior to this victory, about 20% of Azerbaijan's territory had been under illegal occupation for nearly 30 years.