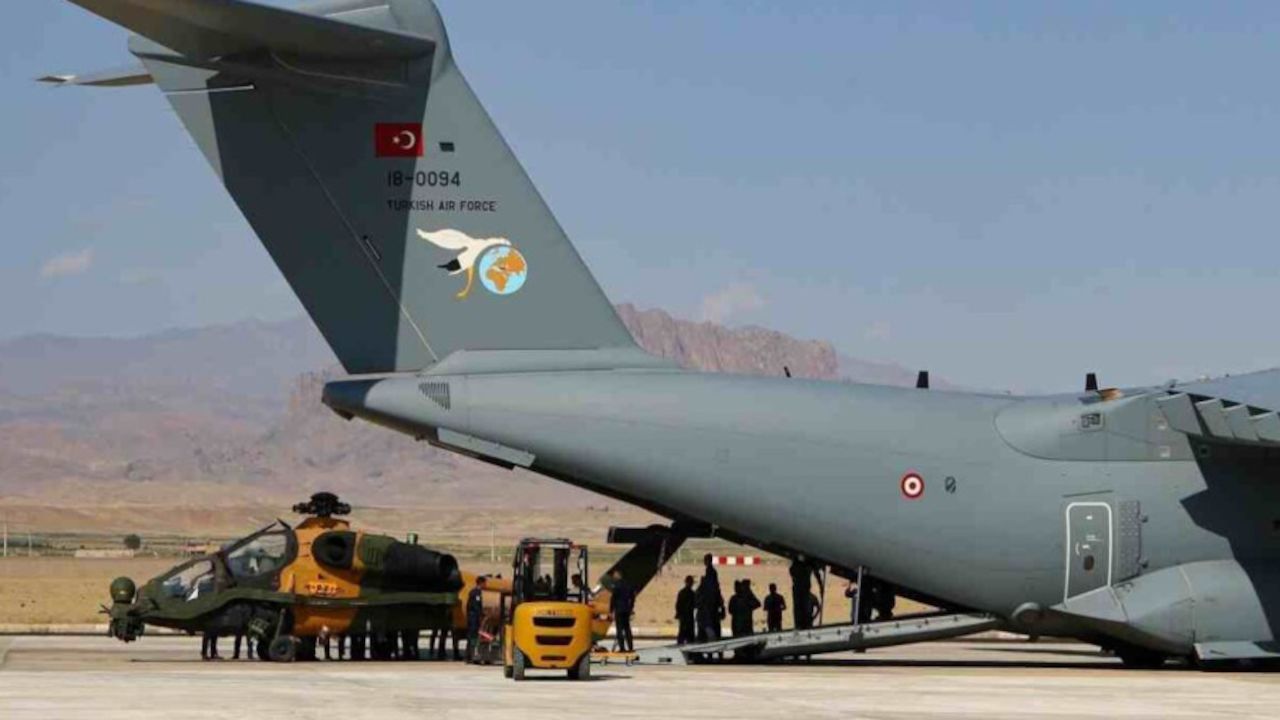 The Ministry of Defense of the Republic of Azerbaijan has published news about the arrival of Turkish reinforcements in the country:

"A group of servicemen and the aircraft of the Turkish Armed Forces participating in the Azerbaijani-Turkish Live-Fire Joint Large-Scale Tactical and Flight-Tactical Exercises arrived in Nakhchivan.

During the solemn welcoming ceremony for the servicemen participating in the exercises, which took place at the military airfield of the Combined Arms Army, the national anthems of the Republic of Turkey and the Republic of Azerbaijan were performed.

Military, attack and combat helicopters of the Turkish Armed Forces arrived on a military transport aircraft, are brought to a state of readiness for Live-Fire Flight-Tactical Exercises at the military airfield of the Combined Arms Army."