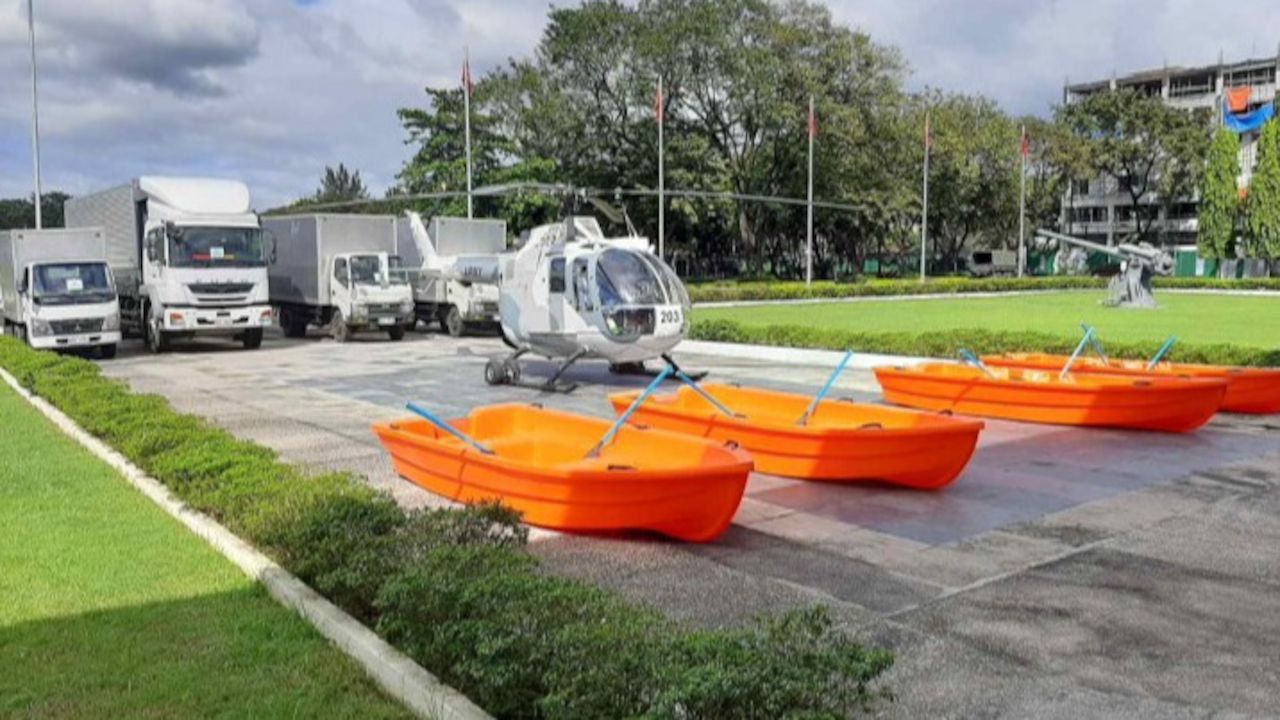 The Armed Forces of the Philippines (AFP) on Thursday received a helicopter, several vehicles and rescue boats from business tycoon and MVP Group of Companies chairperson Manuel V. Pangilinan Thursday.

“The donations signify our shared aspirations in giving our all-out support to our men and women in uniform as they fulfill their responsibilities to the nation, especially in times of disasters and calamities. The AFP is truly grateful that we have institutions like the MVP Group of Companies who continuously help us achieve our endeavors,” AFP chief-of-staff Gen. Gilbert Gapay said in a statement.

Gapay led the ceremonial signing of the deed of donations at the General Headquarters Building in Camp Aguinaldo, Quezon City.

A ceremonial turnover and blessing of the donated equipment was held at the GHQ Canopy area following the signing activities.

The aircraft was turned over to the PA’s Aviation “Hiraya” Regiment which has been instrumental in the aerial reconnaissance and maritime patrols over Northern Luzon, Eastern Mindanao, and Western Mindanao Command.

Meanwhile, the PA, PAF, and PN each received two sets of brand-new rescue boats equipped with paddles and life vests from the PLDT-Smart Foundation Inc.

“We have always been supportive of government endeavors, particularly in times of need. The nationwide presence of our businesses enables us to mobilize resources throughout the country and provide us with the means to augment the government’s facilities to respond effectively to disasters and calamities,” Pangilinan said.

The AFP also signed a Memorandum of Agreement with Makati Medical Center Foundation (MMCF) which is also chaired by Pangilinan. The agreement is a renewal of the Public-Private Partnership for the organizational strengthening of AFP Military Treatment Facilities (MTF) nationwide.

Through this pact, technical and medical experts from MMCF will continue to impart valuable knowledge to AFP medical personnel for the improvement of services through various means without the additional financial burden.

“The knowledge and expertise you shared over the years, through this Agreement, were invaluable in keeping our troops healthy. I am truly grateful for its renewal as we, in the AFP, begin to take major steps toward the accomplishment of one of our major advocacies in promoting our troops’ mental health, which was regrettably neglected in the past years,” Gapay said.

He added that the agreement is another huge step that will ensure soldiers’ full access to quality health services and resources. This is in line with keeping the members of the AFP in top condition as they fulfill their duties as protectors of the people and the state.