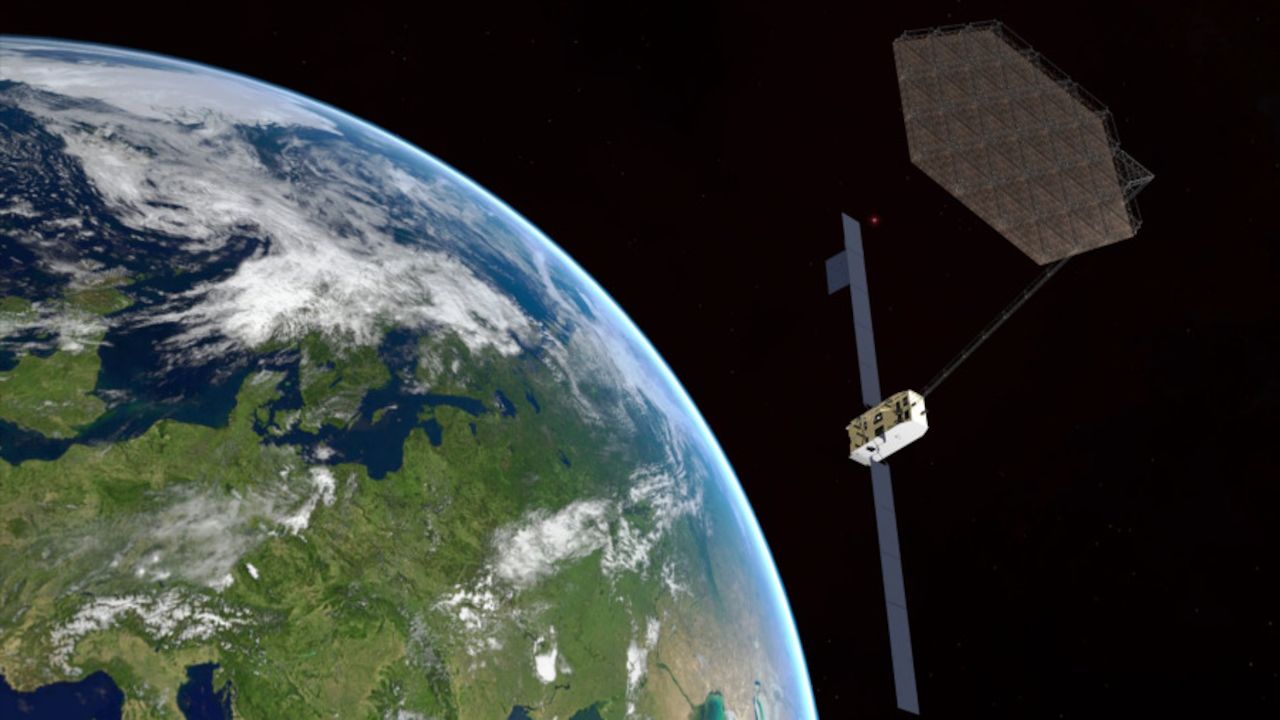 Airbus announced that it has been selected by the European Commission to study spacecraft manufacturing in space through the Horizon 2020 Programme. The PERIOD (PERASPERA In-Orbit Demonstration) project focuses on satellite assembly and manufacturing in orbit. This A/B1 phase study contract, worth € 3 million, will last two years, with the objective to continue with a demonstrator in orbit.

The “orbital factory” envisioned by PERIOD will pioneer construction of major components such as antenna reflectors, assembly of spacecraft components and satellite payload replacements, directly in space.

This is the precursor to future manufacturing of large structures in orbit. Producing directly in orbit will revolutionise the way space systems are designed, built and operated. It has significant advantages over the traditional approach – where everything is produced on Earth and subsequently transported to space – since objects made in space are freed from the constraints and requirements of launch (launcher mass and volume limitations, structural strength to withstand launch).

To achieve this goal, Airbus Defence and Space in Bremen, is leading a team of seven European innovators, bringing their own expertise in fields such as robotic operation, virtual reality, and in-space assembly:  DFKI, EASN-TIS, GMV, GMV-SKY, ISISPACE, SENER Aeroespacial and Space Applications Services.

By validating disruptive capabilities, PERIOD will demonstrate the value of in space servicing, manufacturing and assembly. It will also help Europe develop capability and industrial infrastructure to put it at the leading edge of the in-orbit servicing and manufacturing market. PERIOD will stimulate future research and generate new market opportunities, leading to jobs and growth in forward-looking technology.

The future space factory, as well as the demonstrator, could be orbited by a launcher and would then activate and start producing in orbit as a free flyer. An alternative demonstration mission, offering more flexibility and for a lower cost, would be to use ISS infrastructure.

“Airbus has been working on in-orbit manufacturing technologies for more than a decade and the PERIOD programme will help Europe move its combined technological know-how to the next level,” said Silvio Sandrone, head of Space Exploration future projects at Airbus. “Future large scale space systems can only be manufactured and assembled in orbit, so it’s crucial that Europe is at the forefront of this key capability.”

Airbus teams are already involved in a number of other in-space research programmes including Metal3D, the first ever metal 3D printer due to be deployed to space next year, in a project funded by the European Space Agency (ESA), and the MANTOS project, which demonstrated robotic and AI-based assembly operations with the support of German Space Agency (DLR).