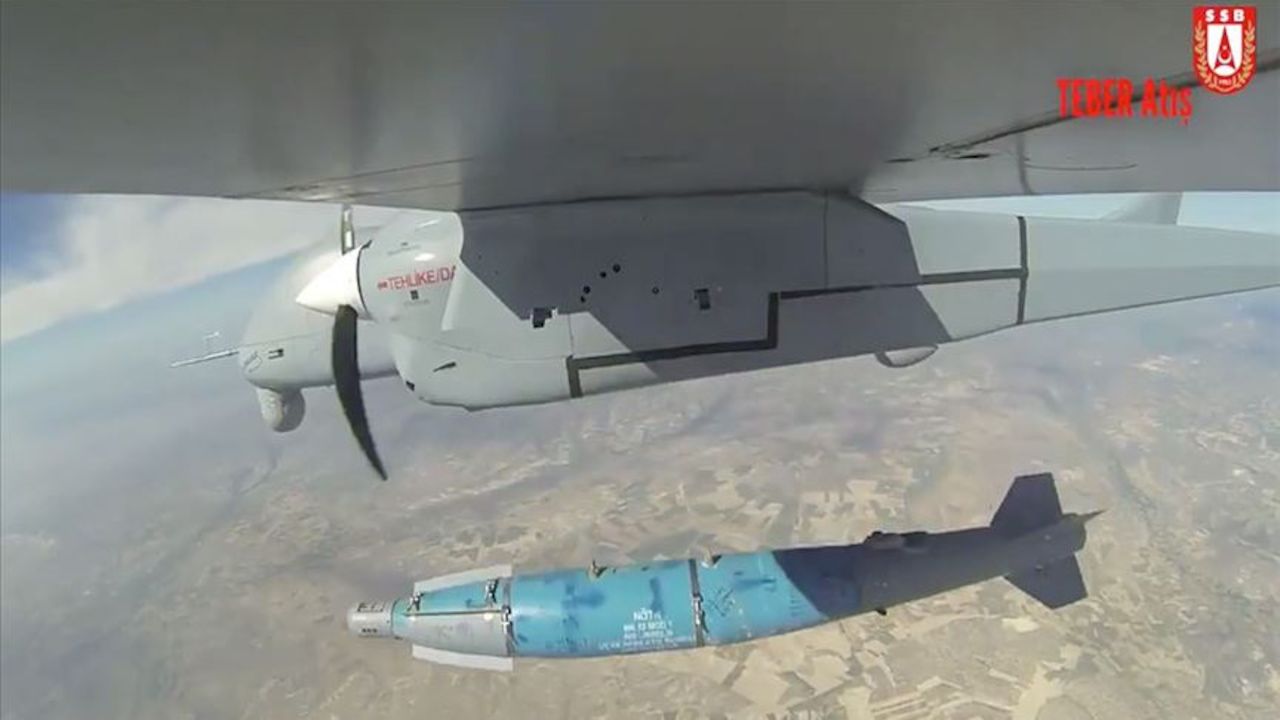 Aksungur UAV, manufactured by Turkish Aerospace Industries (TAI), has gained a new capability. The UAV has flown for 49 hours (2 days and 1 hour), over the past few days and recently the President of SSB Prof. Dr. İsmail Demir reported on his twitter account that Aksungur successfully dropped/tested the MK-82 ammunition with a Teber laser guidance kit integrated to it.

Thus, it was the first time for an Aksungur UAV to drop a MK-82 ammunition with a Teber guidance kit attached, since the ammunition-guidance kit combination has only been loaded on and dropped by F-16s before .

Since the ammunition includes the Teber smart guidance kit produced by Roketsan, it has become easier to hit targets. Thus, Aksungur has become the first Turkish UAV to deliver a 227 kg ammunition with a 89 kg warhead  to target using laser guidance.