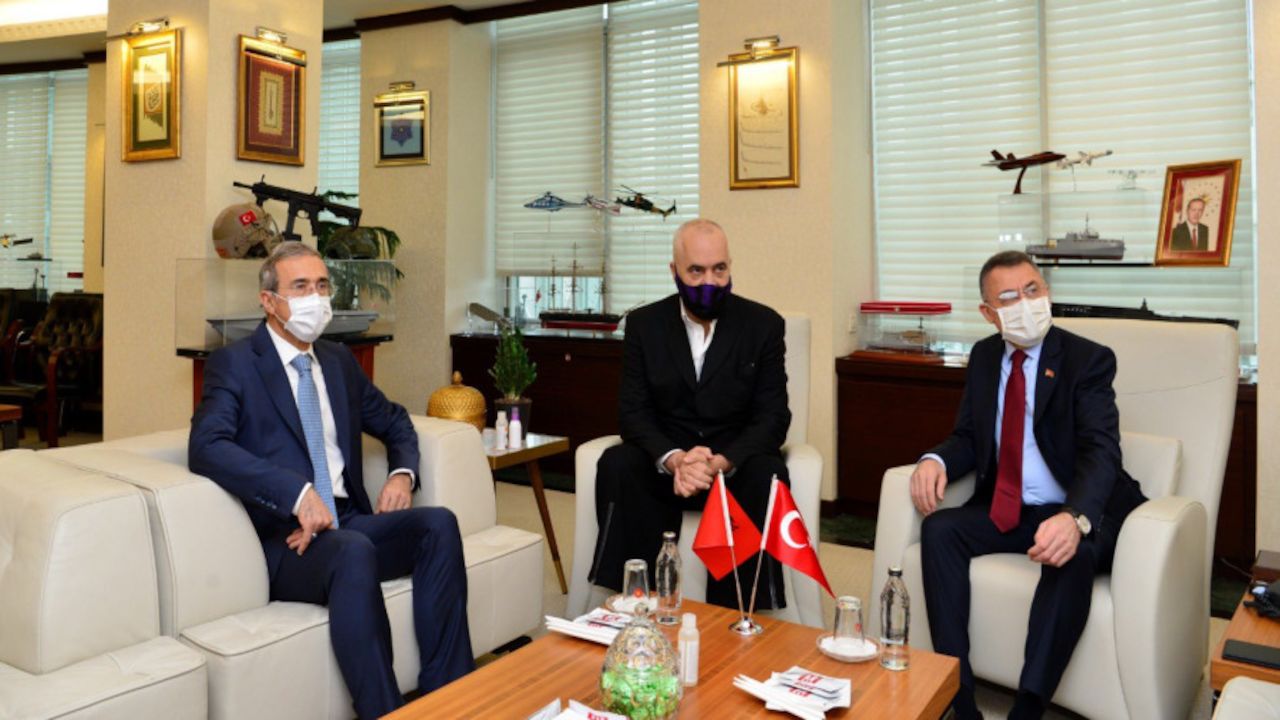 At the meeting held at SSB, the current situation of the Turkish Defense Industry and the defense industry relations of both countries were discussed.

In the statement made on the Twitter account of Prof. İsmail Demir, the President of the Presidency of Turkish Defence Industries, came the following:

We hosted the Albanian Prime Minister Mr. Edi Rama who is visiting our country and our Vice President Mr. Fuat Oktay at our institution.

We explained to them the point the Turkish Defense Industry has reached, the project being carried and the its industry’s potential.

In the previous days, the Albanian Prime Minister Edi Rama had a meeting with President Recep Tayyip Erdogan at the Presidential Complex. After the meeting, agreements were signed between the two countries.