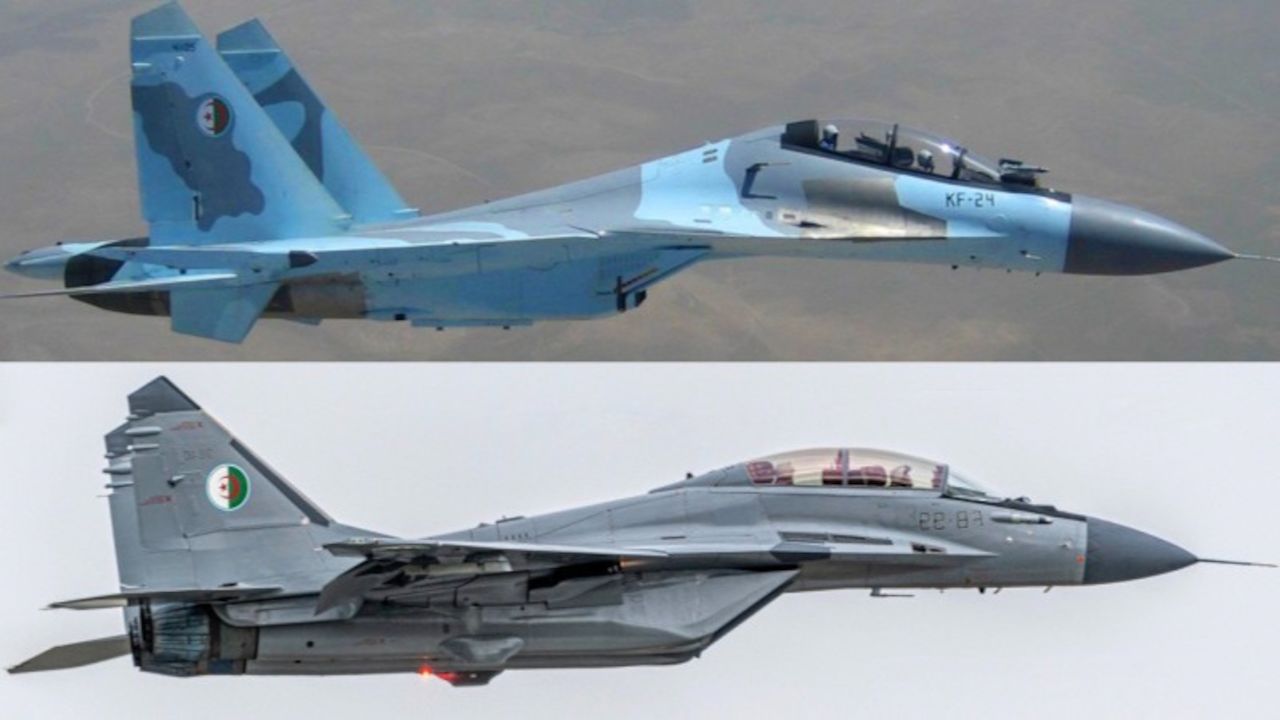 The Algerian Air Force is expecting to receive a unit of 16 Su-30MKA Flanker heavyweight fighters to expand its existing fleet of 58 jets, as part of a modernisation program which will see it retire its Cold War era MiG-29S airframes. An order amounting to approximately $1.8 billion was reportedly placed in 2019 for 30 new Russian fighter jets, which alongside the Su-30s include 14 MiG-29M medium weight jets that have already begun to be delivered.

The MiG-29M uses a different airframe to the MiG-29S with much greater use of modern composite materials, requires less maintenance, and integrates new cockpit displays, electronic warfare systems, avionics, engines and sensors.

Unlike the Su-30MKA, the MiG-29M was not an aircraft Algeria previously fielded and was only deployed by Russia and Egypt before deliveries began in October 2020. Neither the Su-30MKA nor the MiG-29M is particularly specialised in any role, with both being highly capable in air to air, strike and anti shipping roles and deploying a wide range of advanced munition types for these purposes.

Armaments range from Kh-35 and Kh-31 anti ship cruise missiles to R-77 active radar guided air to air missiles. While the MiG-29 and Su-30 make up the bulk of the Algerian fleet, they are deployed alongside heavier and more specialised aircraft including multiple squadrons of Su-24M strike fighters and a single squadron of MiG-25 interceptors.

There have been multiple reports that the Su-24M and MiG-25 fleets are also expected to be begin to be replaced - the former by Su-34M strike fighters which have been in service in Russia since 2014 and the latter by Su-57 next generation stealth aircraft which have served in the Russian Air Force since December 2020.

As the most widely used fighter in Algerian service, the Su-30MKA will still be relied on to perform the majority of tasks and is considered one of the most capable fighters in Africa or the Arab world. In terms of air to air performance, the fighter was long considered the most capable in Africa until the entry into service of the Su-35 in Egypt from 2020.

Although overwhelmingly relying on Russian technologies, the fighters use French heads up and multifunction displays manufactured by the Thales Group and Sagem. The Su-30MKA has a very high endurance allowing it to deploy up to a dozen missiles for missions across considerable distances - including across much of continental Europe if operating from airfields in northern Algeria. Although requiring more maintenance and having higher operational costs than the smaller MiG-29M, the fighters will provide a major improvement over the older MiG-29S jets they are replacing and enjoy a comfortable advantage over most Western fighters.