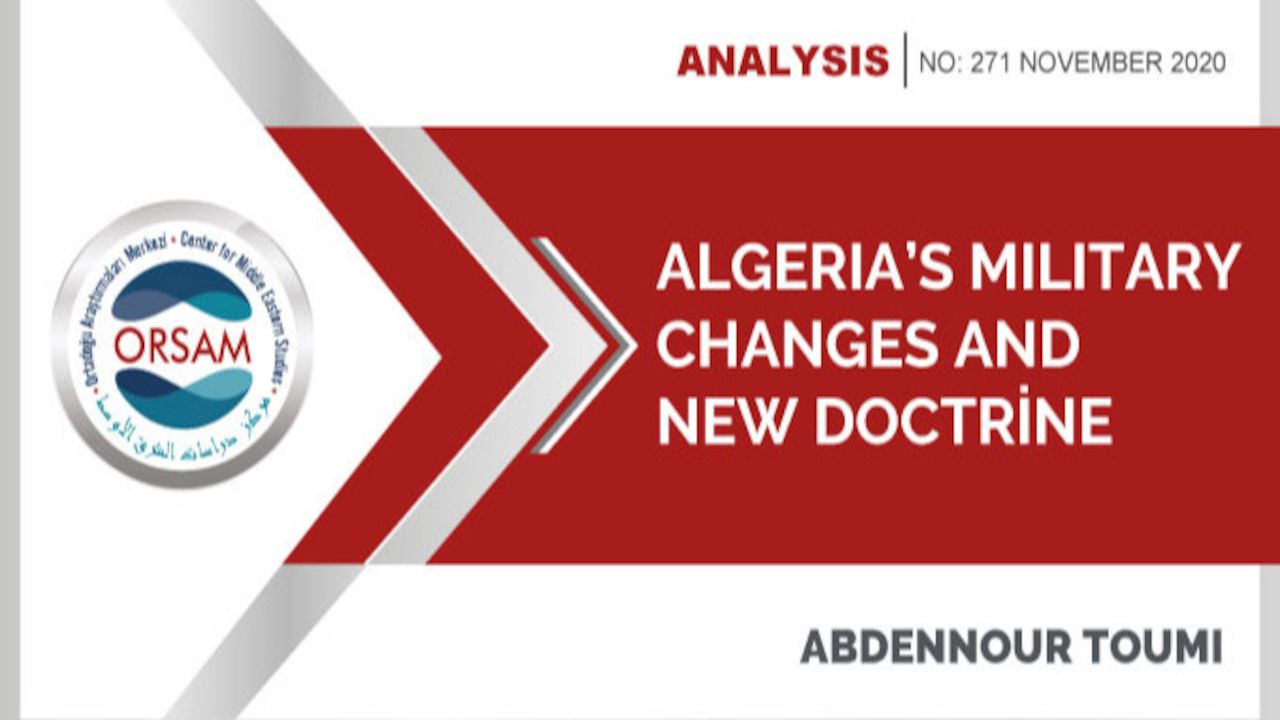 Arab armies operate within a centralized authoritarian system comprised of officers who are loyal and obedient (they act like good Ağas). Nevertheless, the military is seen as the only functioning institution and a rampart necessary for the survival of the regime. This is true whether in Syria, where the army did not hesitate to gas its innocent population or in Egypt, where it overthrew a democratically elected president in July, 1 2013, and it is intimidating the inhabitants in order to maintain its interests and protect its existence.

Algeria, however, after obtaining independence in 1962, had defeated one of the world’s major military powers. Those who fought, are termed freedom fighters (Al-Moudjahidine) and Algeria’s independence invented modern guerrilla warfare. In fact, the word “asymmetrical,” so commonly used in military and security jargon, acquired its meaning in the streets of the Algiers Casbah in 1957. There are two important dates, though, to remember, August 20, 1955 and notably, August 20, 1956. These dates mark the Algerian political system’s turning point in its complex relationship of power between the military and the civilians.

On November 1, 1954, the first armed shots of the first freedom fighters (Al-Moudjahidine) took place. The revolutionary organization, by the armed action that it had unleashed, provoked a complete break with the old methods of political opposition. The National Liberation Army (NLA) was the instrument of realization of these aspirations. Also, and since the outbreak of the armed struggle, civilian and military leaders of the National Liberation Army, (French acronym ALN), armed wing of the National Liberation Front, (French acronym FLN) focused on setting up the structures of the army. In accordance with one of the guerrilla principles, the units are comprised of small groups.

The crisis of summer 1962 or the “Wilayas’ Crisis” put the future of the young, independent and fragile Algerian Republic in danger, after a bloody war that lasted eight long years (1954-1962). This crisis was marked by clashes between the political clans and the young war chief leaders. This summer was tragic and was the remake of the Soummam Conference leaders’ disagreement in 1956. Hence the primacy of politics over the military was settled on September 9, 1962, where the military leaders of units commanded by Colonel Houari Boumediènne accompanied by a charismatic leader Ahmed Ben Bella entered Algiers.

Colonel Boumediènne imposed the entry of his battalions in the capital on September 9, 1962 and Ahmed Ben Bella declared: "The National People's Army is in Algiers, the Political Bureau has triumphed thanks to the people." At the end of 1962, the army was restructured into military regions (Régions militaires). This had the effect of definitively dissolving the National Liberation Army (NLA) as well as the historical wilayas (military regions) and this gave the birth to the National People's Army (ANP).

The (FLN) and the (ALN) were indissolubly linked and each had drawn their raison-d'être from the will of the Algerian nation for liberation against the colonial presence and reliance on the energies of the entire people. Applying the strategic principles of the revolutionary war, the National Liberation Army (NLA) spearheaded a struggle for which the Algerian people emerged victorious.

On June 19, 1965, Defense Minister Colonel Boumediènne overthrew President Ben Bella, declared a state of emergency, created a revolutionary council, and dissolved the constitutional assembly. On December 15, 1967, President Colonel Boumediènne took command of the army from Colonel Tahar Zbiri, whom he dismissed for organizing a failed coup-d'état.

You can access the study from here: Algeria’s Military Changes and New Doctrine