Pyongyang’s thrust on defending its territorial sovereignty comes amid rising tensions on the Korean Peninsula over the past several weeks as the US and South Korea hold joint military drills while North Korea fired dozens of projectiles and missiles.

On Monday, drones from North Korea also crossed the border into the South prompting Seoul to scramble jets and fire warning shots in response.

Two major airports were shut down by South Korea as the drones crossed the Military Demarcation Line, which separates the two Koreas, and were spotted flying in areas in Gimpo, Ganghwa Island, and Paju.

Vowing to redouble efforts to bolster counter-drone capabilities, Lt. Gen. Kang Shin-chul, chief director of operations at the Joint Chiefs of Staff (JCS), said: “We feel sorry that although our military detected and tracked the drones, we failed to shoot them down.”

While analyzing the “new challengeable situation” created on the Korean Peninsula and the current international political situation, Kim set forth “new key goals for bolstering up the self-reliant defense capability to be pushed ahead with in 2023 under the multilaterally changing situation.” 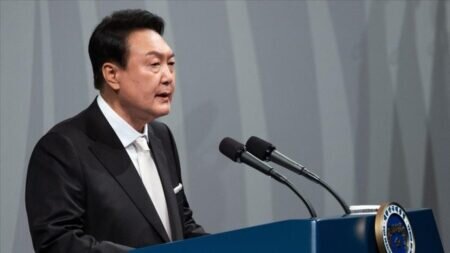 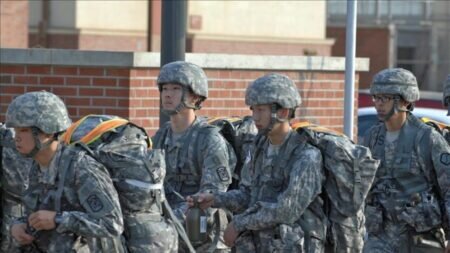