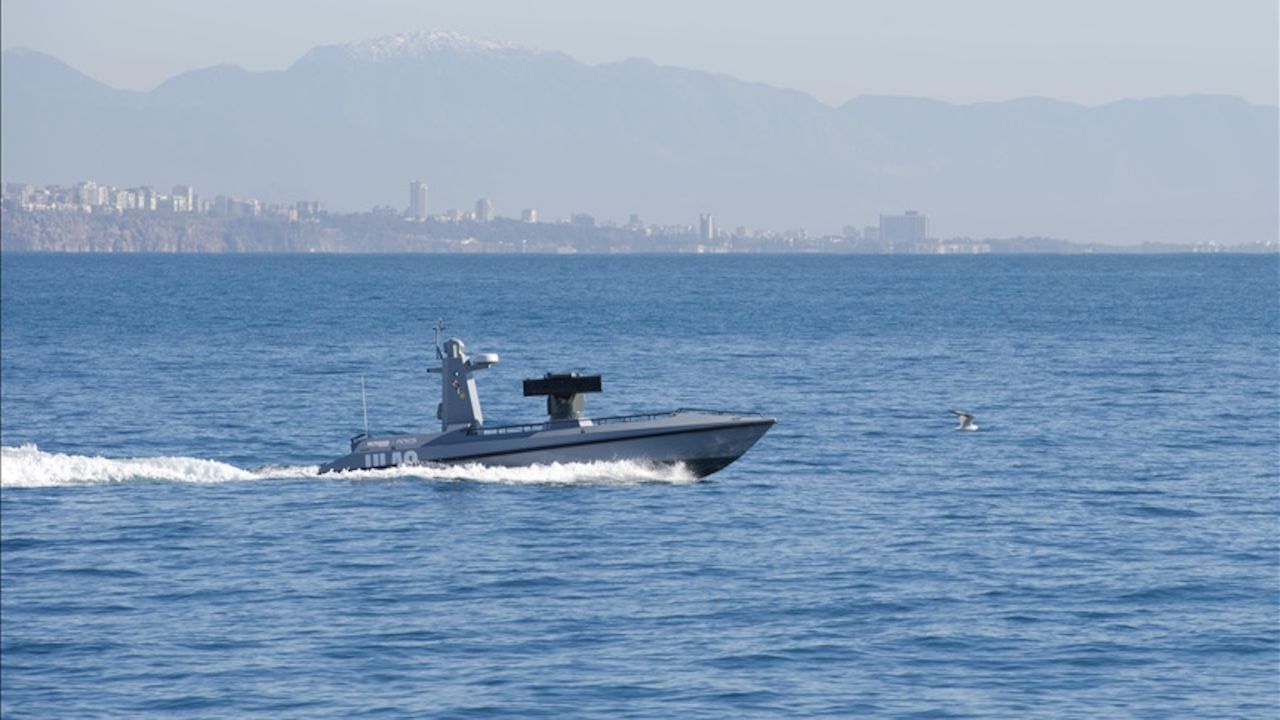 ULAQ, Turkey’s first platform in kind, enjoys a promising potential that can mean a true boost for the Turkish Navy. The prototype was first advertised with Roketsan-made Cirit and UMTAS missiles, hinting at the possibilities of generating an unmanned strike platform baseline. Open-source information suggests that the platform can also offer modular configurations, including electronic warfare, intelligence-gathering, and mine countermeasures.

Unmanned surface vehicles, if utilized smartly, can be game-changing assets for navies.

Doctrinally, the dronization of the surface fleet would enable a nation to go beyond its available manpower capacity by adding new pieces to its armada. Mark Esper, former US Secretary of Defense, said, for example, that investing in unmanned surface combatants remained the optimum way to go beyond a 355-piece fleet for the US Navy.

Without the need for any personnel aboard, USVs are fit for high-risk operational duties. Besides, they have better stamina, technically speaking. Compared to manned vessels, many USV types come with cheaper unit costs. In addition, USVs are versatile systems that can be used in a broad array of missions, ranging from electronic warfare and intelligence to missile warfare. Finally, given the coronavirus pandemic’s effects on many navies of the world, dronization offers a better bio-security edge too.

As seen in the Turkish ULAQ prototype’s case, USVs are likely to make good missile platforms in high-risk areas. Of course, as the platform grows bigger so will its payload and firepower. The ‘maritime missile platform’ role would also enable using USVs in anti-air warfare tasks when escorting larger vessels and naval groups.

Within future CONOPS, USVs can take part in amphibious operations too. They can execute logistical roles well, namely delivering equipment – and for larger platforms, even delivering landing parties – to the landing zone. Alternatively, armed USVs can support the amphibious units with platform-to-shore fire.

Finally, as a 2013 RAND Corporation report on USVs suggests, these assets can be used as ‘surface torpedoes’ – or naval kamikaze drones – to ram a target and explosively detonate. In addition, they can be configured to tackle anti-ship missile threats in an effort to protect larger manned vessels.

Sailing in the sea of robotic naval warfare

Being the nation’s first USV, ULAQ has a long way to go before reaching its final operational capability. And so does Turkey when it comes to introducing unmanned systems and robotic warfare concepts to its overall naval capacity.

From now on, Turkey’s unmanned naval systems development program will have to pass two critical thresholds before being considered as a true game-changer capability.

First, at some point, ULAQ, and similar systems, should be able to operate semi-autonomously and autonomously to keep up with the military zeitgeist. Turkish defense technological and industrial base (DTIB) has to focus on fostering autonomy of its new capabilities. To do so, the defense eco-system, in a holistic sense, will have to come up with a thorough understanding of artificial intelligence (AI) and better decision-making algorithms. In addition, capitalizing on the autonomy features, Turkish military planners, in close cooperation with the defense sector, will have to work on swarming concepts for robotic naval warfare.

Second, Turkish military planners should work on cross-domain and robotic air-sea battle concepts for the navy’s modernization. A cross-domain conceptual framework would be tantamount to operating USVs as carriers and launch platforms for suitable unmanned aerial systems.

When it comes to robotic air-sea battle concepts, the Turkish Navy’s planned and already in-service unmanned aerial capabilities will have to operate in a networked fashion alongside USVs.

Soon, the Turkish Navy will start receiving a larger system, Aksungur. From the makers of the ANKA family, TUSAŞ, Aksungur will make a robust anti-submarine warfare asset with sonobuoys and magnetic anomaly detector among its combat payload configurations.

In an ideal setting, the abovementioned UAS would be operating with ULAQ, and other future USVs, in a networked fashion. As observed in Turkey’s unmanned aerial warfare experience, Turkish defense planners will have to develop genuine concepts for naval settings too.

Finally, one should also take into consideration that the USV market is likely to grow steadily. Thus, ULAQ can also offer a good export asset.

All in all, Turkey has broadened its robotic warfare horizon and extended its unmanned agenda to the maritime domain. If managed properly, ULAQ can mark the beginning of a new era for the Turkish Navy.

The writer is the director of the Security & Defense Research Program at EDAM.