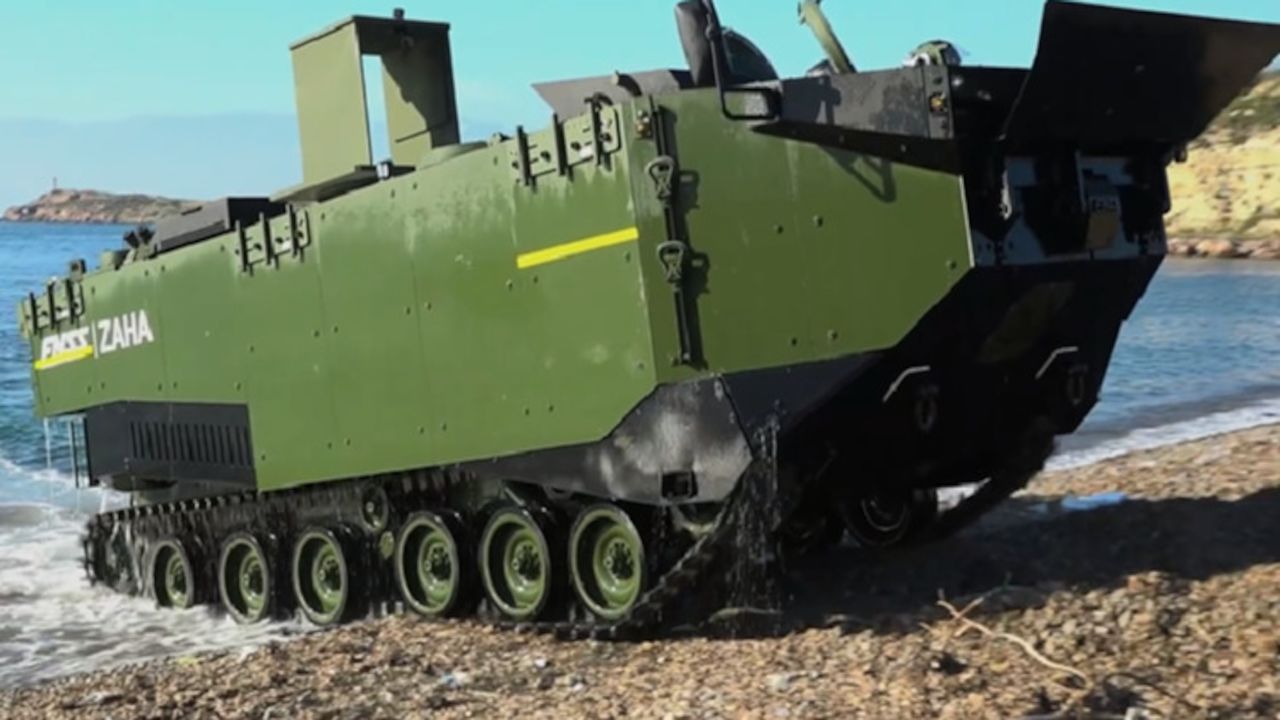 The Armored Amphibious Assault Vehicle (ZAHA) was designed by FNSS to meet the operational concept and mission needs of the Turkish Naval Forces.

The field performance video of the Armored Amphibious Assault Vehicle ZAHA, developed by FNSS, was shared on the company's twitter account. The video includes test images of ZAHA in the sea.

During an amphibious landing operation, ZAHA, which has been produced with the ability to cross the distance between the ship and the coast as quickly as possible, can land from the open docked landing ships at the beginning of the landing phase of the operation, and by traveling the distance with high speed, the troops will be protected and have firepower support, so can make it to the land in a short time.

The body design and powerful water jets to reduce the resistance in the water give ZAHA high mobility with a maximum speed of 7 knots at sea and 70 km / h on land.

ZAHA, which has high firepower with its remote controlled turret with an Automatic Grenade Launcher, has three different configurations: Personnel Carrier, Command Vehicle and Rescue Vehicle.