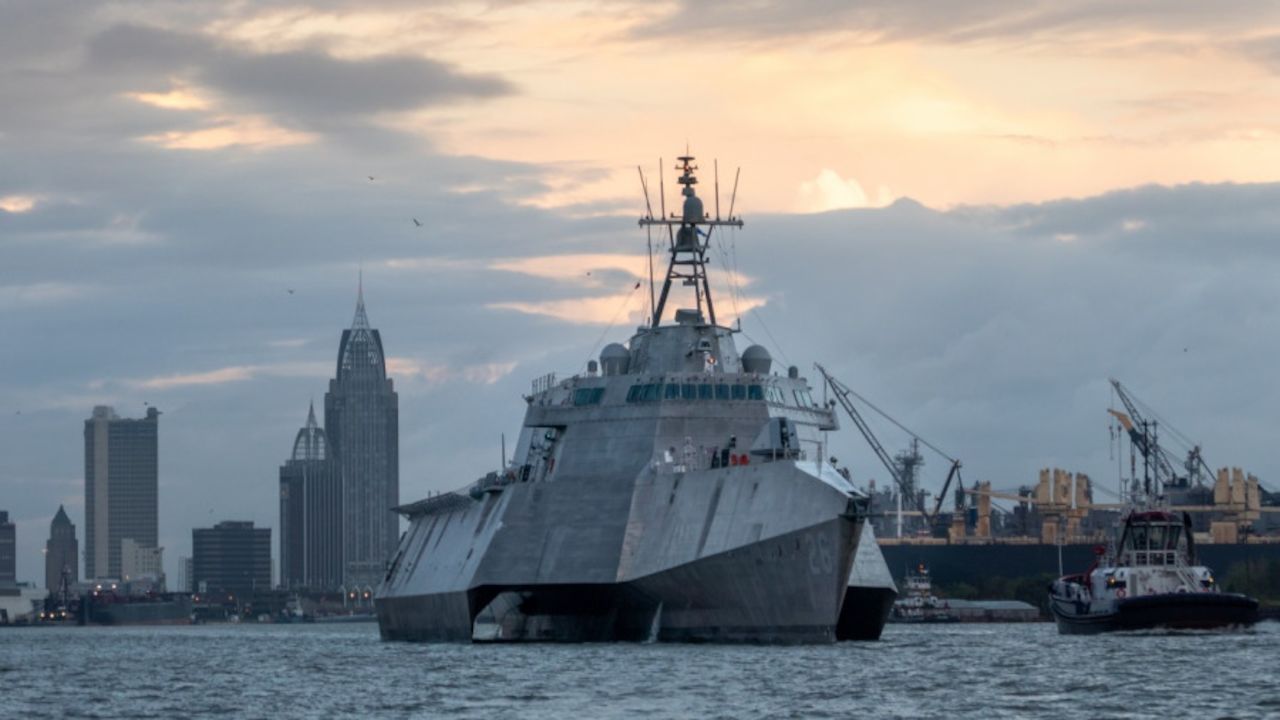 Austal USA delivered its fourth ship of 2020 to the U.S. Navy here today - the future USS Mobile, the 13th Independence-variant littoral combat ship (LCS). Mobile (LCS 26) is one of 16 ships Austal has delivered to the Navy over the last five years.

“We’re especially excited for Mobile to join the fleet to pay tribute to a great community which has contributed to our success in so many ways over the years,” Austal USA President Craig Perciavalle said. “Our team continues to impress, working through difficult conditions to maintain cost and schedule – neither the pandemic nor hurricanes impacted our ability to deliver the future USS Mobile on cost and schedule – a testament to the incredible fortitude and work ethic of these amazing people from her namesake city.”

“USS Gabrielle Giffords and USS Montgomery conducted successful deployments in the Pacific recently and we are looking forward to having the future USS Mobile join them soon,” Perciavalle continued. “The U.S. Navy fleet will keep benefitting from the value the Independence-variant littoral combat ships provide as more of them deploy from San Diego.”

More than 563 suppliers in 37 states contribute to the Independence-variant LCS program.

LCS is a fast, agile, focused-mission platform designed for operation in near-shore environments yet capable of open-ocean operation. It is designed to defeat asymmetric “anti-access” threats such as mines, quiet diesel submarines and fast surface craft. The Independence-variant LCS integrates new technology and capability to support current and future mission capability from deep water to the littorals.

Austal is also under contract to build 14 Expeditionary Fast Transport vessels (EPF) for the U.S. Navy. The company has delivered 12 EPFs while an additional two are in various stages of construction.