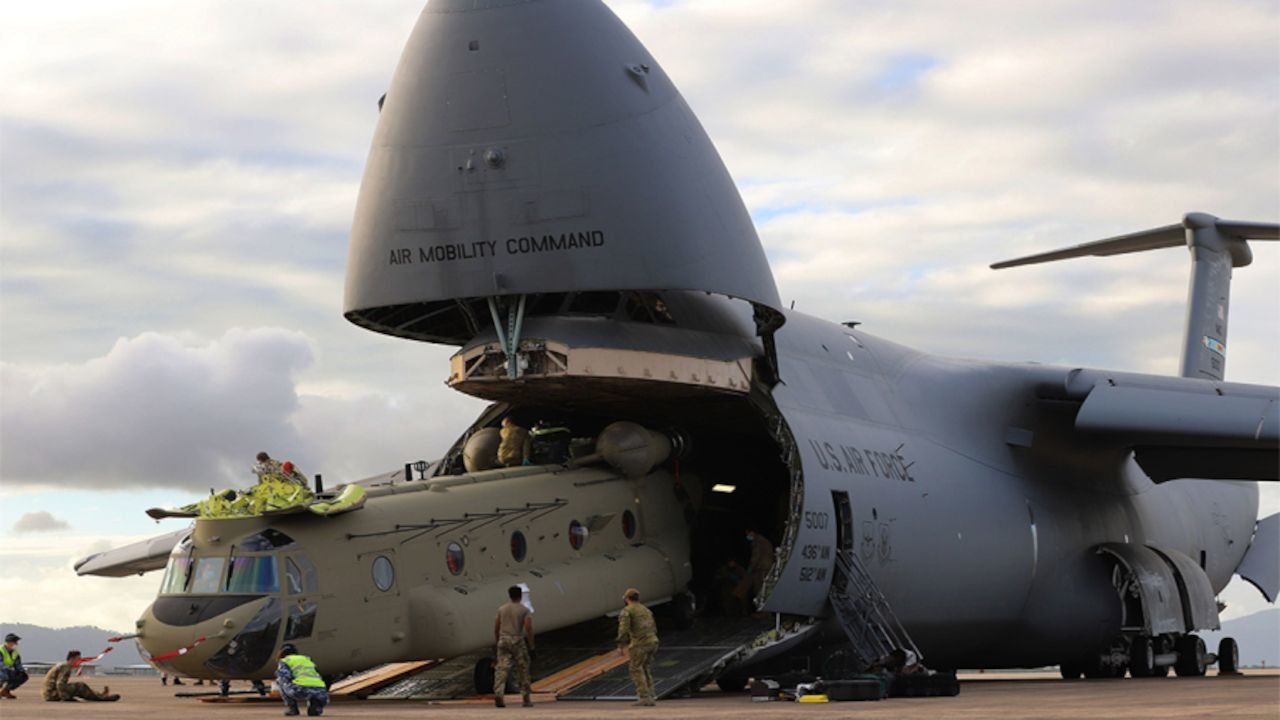 Boeing announced in a press release that the Australian Army, currently operating a fleet of 10 CH-47F Chinook advanced configuration aircraft, has recently accepted the first two of four additional aircraft to further transform one of the world’s newest and most technologically advanced armed forces.

Having recently selected the AH-64E Apache as part of the LAND4503 Program, the Commonwealth of Australia further expressed its trust in Boeing’s market-leading vertical lift capabilities by expanding its current CH-47 Chinook fleet, which has been instrumental in both warfighting and humanitarian missions, including battling the devastating bushfires that raged across Australia in 2019 and 2020.

The addition of these aircraft, flown by the Army’s 5th Aviation Regiment, 16th Aviation Brigade at RAAF Base Townsville, demonstrates how much Australia values the features and capabilities of the advanced CH-47F Chinook to meet their demanding mission requirements.

“The Chinook is a growth platform that gives the Australian Army the lift that they need today, while also supporting future mission requirements,” said Andy Builta, Boeing vice president, Cargo Helicopters and H-47 program manager. “While the aircraft’s exterior is iconic, the CH-47 has incorporated the latest technologies to provide the world’s most modern digital avionics, flight controls and mission-centric capabilities.”

Additionally, Boeing will continue to support Australia’s industry capability and supply chain through its existing CH-47F through-life support contract for the Australian Army, which is executed in-country by Boeing Defence Australia. The majority of that work is undertaken in Townsville and Oakey, building on Boeing’s existing regional network of Australian rotary wing capability to deliver more cost-effective Chinook support while maximizing Australian industry involvement and local agility to respond to Australia’s operational requirements.

“As evidenced by our proven history on programs like the F/A-18 Super Hornet, EA-18 Growler and P-8A Poseidon platforms, Boeing is committed to expanding its industry capability. Boeing appreciates the Commonwealth of Australia’s decision to acquire additional CH-47F Chinooks,” Dale McDowall, Director Global Sales & Marketing, Boeing Defense, Space & Security Australia and New Zealand stated. “We are proud of our enduring partnership with the Australian Army and Australian industry, and we are committed to continuing to reliably deliver affordable, modern, sovereign operational capabilities to the Australian Defence Force now and into the future.”

Boeing’s presence in Australia is the company’s largest footprint outside the United States, with approximately 3,800 employees across the country. Boeing, building on its 90-plus year partnership with Australia, has the broadest portfolio in Australian aerospace, with its employees and an extensive supply chain supporting our advanced manufacturing of commercial aircraft composite components, defense systems design and development, modeling and simulation, research and development, support and training, and unmanned systems.