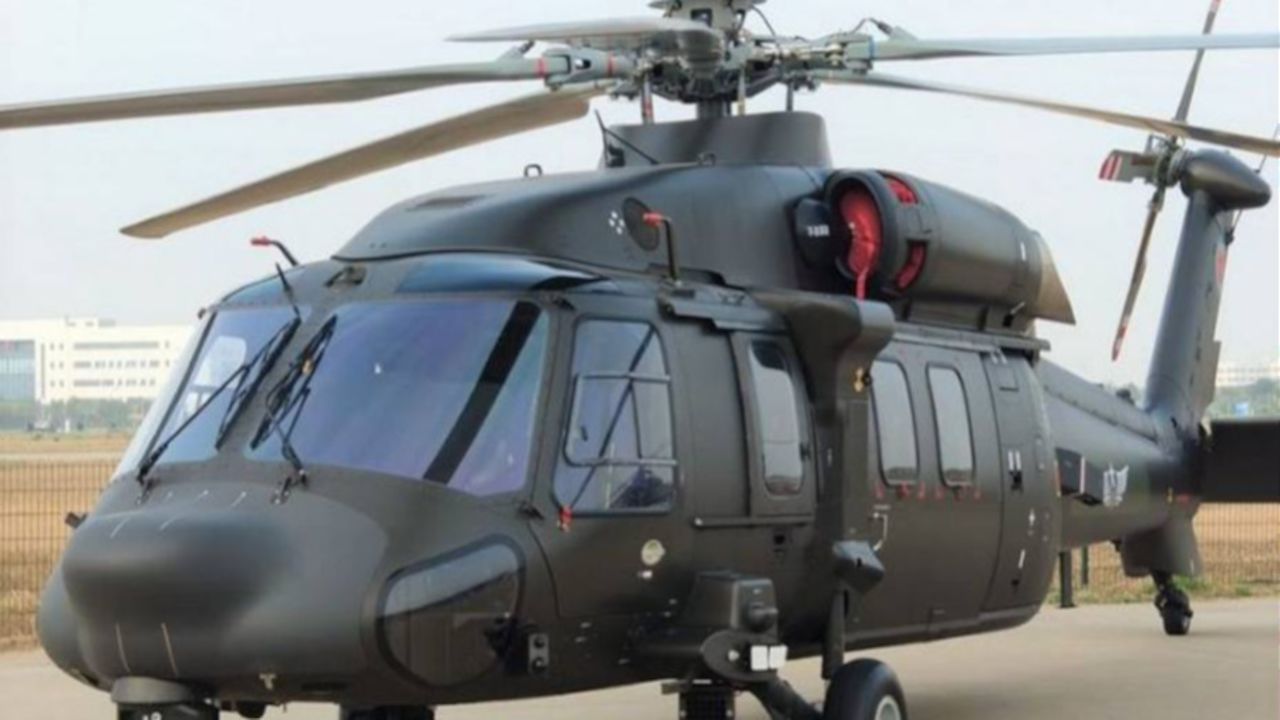 China's latest commissioned and fully domestically made tactical utility helicopter, the Harbin Z-20, is expected to become the country's most-delivered rotorcraft by entering service with not only the Chinese army, but also the nation's air, naval forces and armed police, with additional prospects of export sales, said the chief designer of the helicopter. Liu Xuanzun and Leng Shumei report on Global Times.

The Z-20 could play a role similar to the UH-60 Black Hawk , and reach a similar number of deliveries. About 2,000 to 3,000 units can be expected to be built. Let us remind that the Sikorsky UH-60's civilian variant S-70C-2 has been used by the People's Liberation Army since 1984 when the PLAAF acquired 24 Sikorsky S-70C-2s with enhanced General Electric T700-701A engines, which have superior performance than the Mi-17V5 that were later purchased. The Z-20 made its first flight on 23 December 2013.

While the Z-20 bears a strong resemblance to the S-70/UH-60 Black Hawk series, there are several key differences including a five-bladed main rotor (as opposed to four on a Black Hawk) and more angular tail-to-fuselage joint frame, giving it greater lift, cabin capacity, and endurance than the Black Hawk. It also has a fly-by-wire design as well as fairings installed aft of the engine exhausts and on the tail spine, which are likely housings for satellite communications or the BeiDou satellite navigation system.

Like its American model, the Z-20 will be developed into a series and serve in the People's Liberation Army (PLA) Army, as well as in the Air Force, the Navy and the People's Armed Police Force, and it may even serve abroad soon, Deng Jinghui, the chief designer at the China Helicopter Research and Development Institute of the state-owned Aviation Industry Corp of China, said on China Central Television (CCTV) on November 19.

The Z-20 helicopter made its public debut at the National Day military parade on October 1, 2019. At the 2019 China Helicopter Development Forum held in North China'sTianjin Municipality, Wang Xibao, chief engineer at AVIC Harbin Aircraft Industry Group, told the Global Times that the craft uses many of the world's most advanced technologies, including active vibration controls, fly-by-wire, low-noise rotor designs and high performance aerodynamic designs for the rotor. It is also the first Chinese helicopter to use the domestically developed anti-icing and deicing technology for rotors, which makes China the fourth country in the world to possess such technology, CCTV reported.