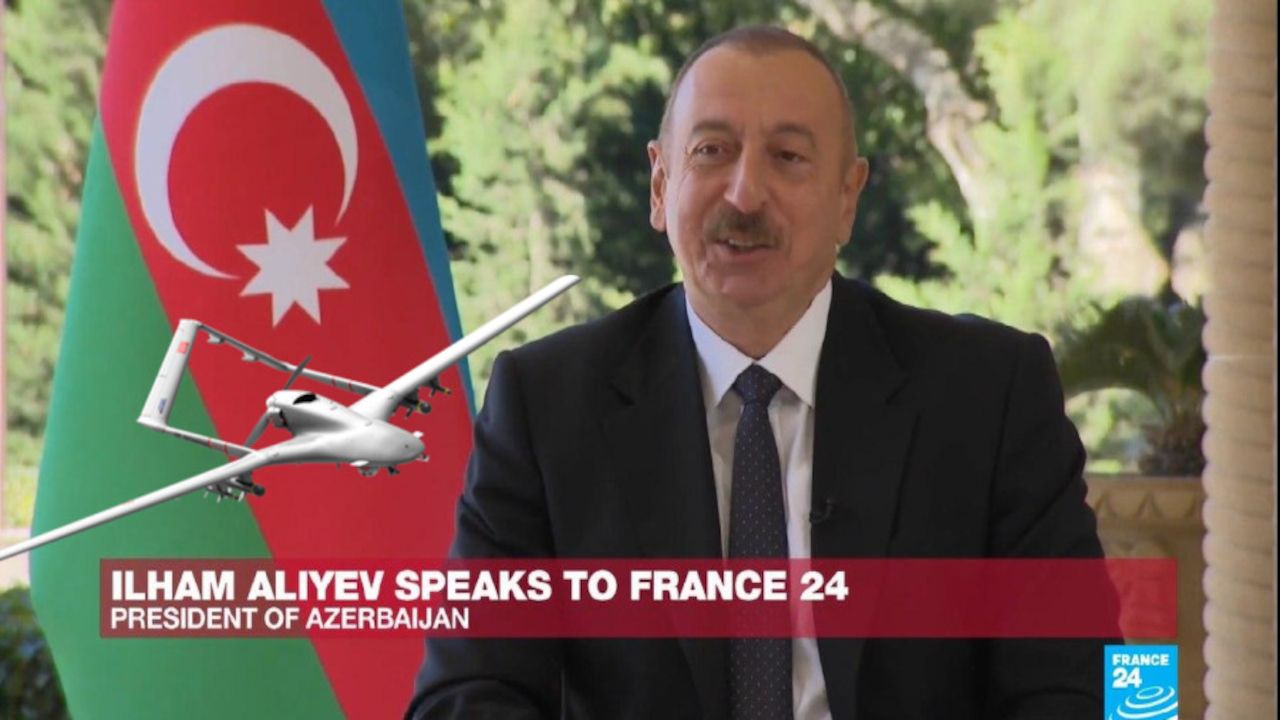 In an interview with France24, the Azerbaijani president Ilham Aliyev gave his opinion on the Turkish-made drones and their impact on the course of the Azerbaijani-Armenian conflict.

In the interview came the following:

France’s foreign minister Jean-Yves Le Drian has said that there is Turkish military involvement that risks internationalization of this conflict is he wrong about that?

How many Turkish drones are you deploying?

But, are they making the difference in this conflict for you?