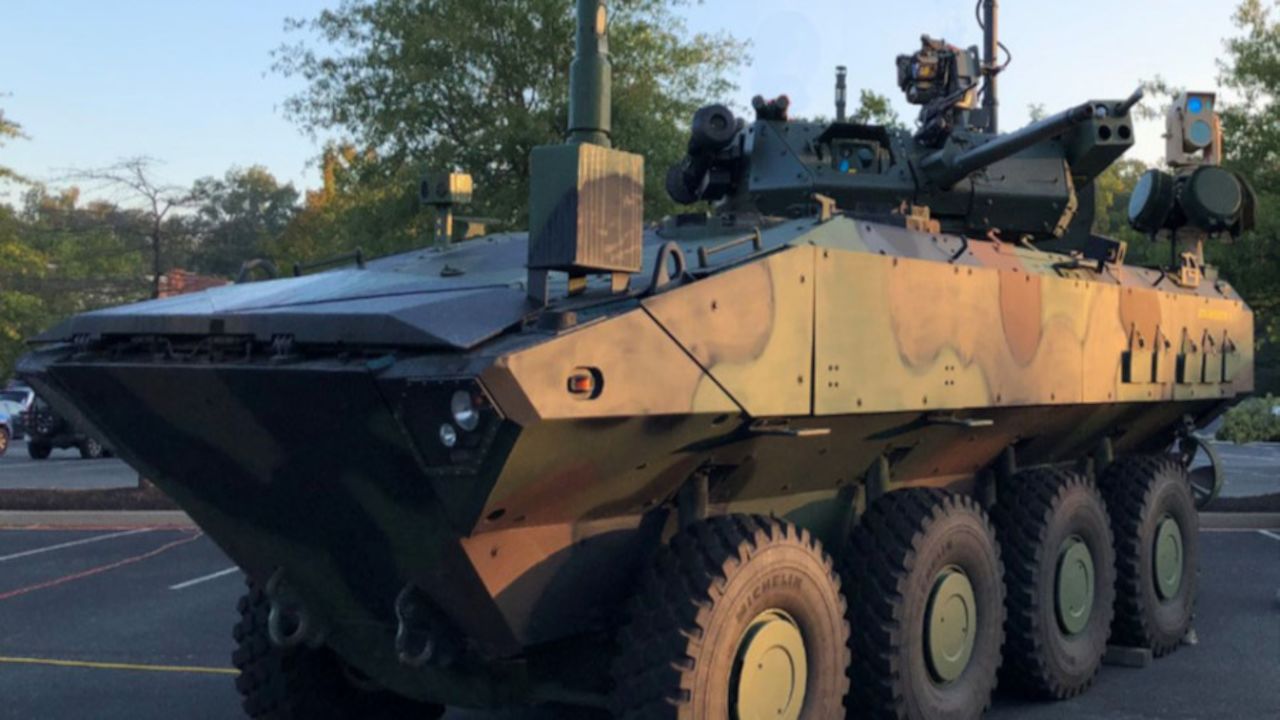 According to a picture published on the Twitter account of BAE Systems on October 29, 2020, BAE Systems unveils its technology demonstrator based on the new Amphibious Combat Vehicle (ACV) for U.S. Marine Corps fitted with a 30mm cannon turret as well as a counter-drone system, an anti-tank weapon, and rocket launcher pod.

The ACV technology demonstrator is fitted with a remotely operated turret MCT-30 designed by the company Kongsberg. In May 2020, it was announced that Kongsberg Defense & Aerospace AS (KONGSBERG) has been selected by BAE Systems, Inc. to design and manufacture the remote Medium Caliber Turret (MCT) for the United States Marine Corps’ Amphibious Combat Vehicle (ACV) -30 program.

The Kongsberg MCT-30 is also mounted on the Stryker Dragoon of the U.S. Army which is armed with an Mk.44 Bushmaster II 30 mm cannon. It can effectively engage lightly armored vehicles up to a range of 3,000 m. These cannon also fires airburst rounds that explode above the target.

The left side of the turret of the ACV Technology Demonstrator seems to be fitted with a Javelin anti-tank missile system while the right side is equipped with 2.75-inch (70mm) rocket launcher system designed and manufactured by the Company Arnold Defense.

The roof of the turret is fitted with a remotely operated weapon station armed with a 7.62mm machine gun. There is also a telescopic mast with sensors and optics to carry out observation and reconnaissance on the battlefield.

The roof of the hull at the rear side of the troop’s compartment is fitted with a counter-drone system integrating an all-weather 360-degree radar array, a radio frequency sensor, and an electro-optical and infrared sensor.