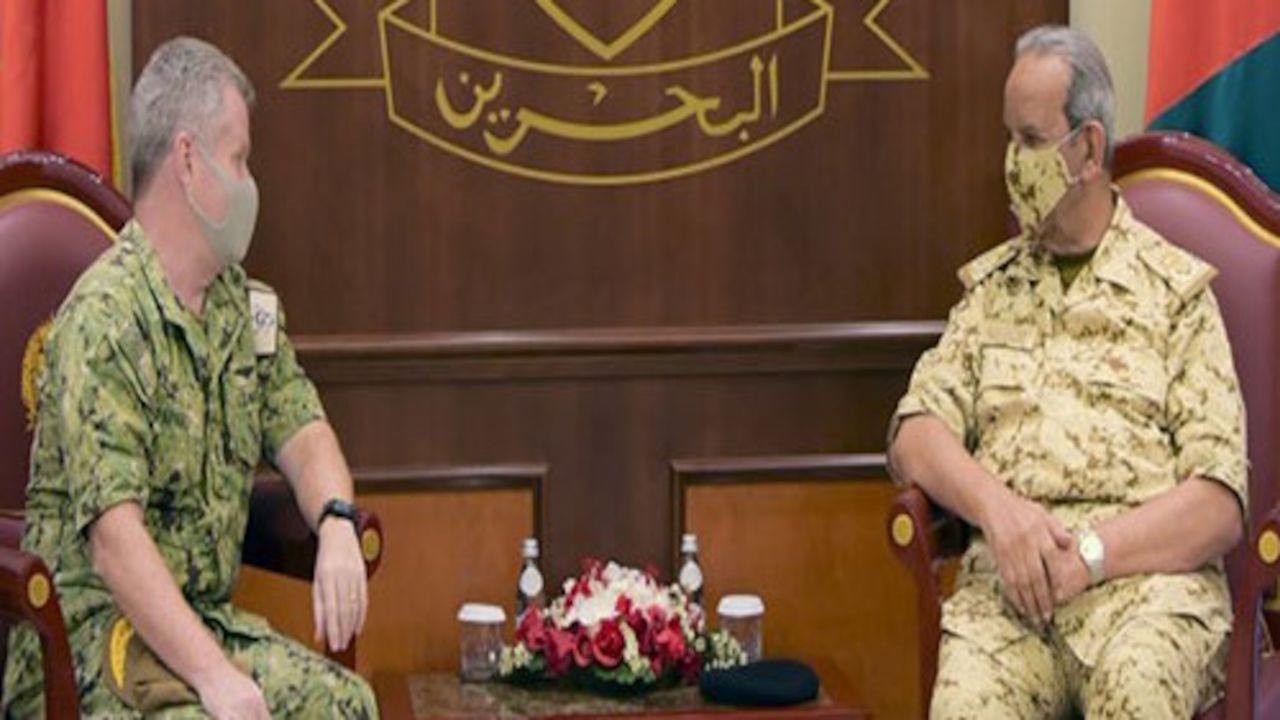 The Commander-in-Chief praised the historical relations between the two countries, and the development witnessed by that relationship at all levels, especially the military field, Bahrain News Agency (BNA) reported.

The Commander-in-Chief reviewed the tasks of the Joint Duty Force, as he praised the CTF-152’s role in boosting maritime navigation security in the region.

The Chairman of the Joint Chiefs of Staff Major General Yousef Huneiti, headed the Jordanian delegation.

They reviewed bilateral relations, emphasizing on developing cooperation in all fields especially the military field.

Lastly, a Bahrain Defense Force (BDF) unit is participating in the joint military exercise, “Saif Al-Arab” (The Sword of Arabs), along with troops from Saudi Arabia, the United Arab Emirates (UAE), Jordan and Sudan.

Held at the Mohamed Naguib Military Base and other parts of northern Egypt, the joint drill kicked off Tuesday, and will run until November 26.

Troops and equipment from the UAE, Bahrain, Jordan and Sudan arrived in Egypt via airbases and marine ports in recent days. Saudi Arabia is participating in the manoeuvers as an observer.

The BDF’s combat group had finalized all the necessary preparations in order to be ready for participating in the various phases of the drill, alongside forces from brotherly countries.

The first phases of the joint exercise featured many theoretical and practical lectures to unify operational concepts and coordinate joint efforts to implement all planned training tasks.

The joint drill is within the framework of joint Arab military cooperation for the aim of enriching the combat and command experiences of the participating forces, enhancing coordination mechanisms and exchanging military expertise and skills to meet the requirements of joint military action because of their importance and effective role in raising the level of military competence and upgrading combat and administrative readiness in facing all challenges.