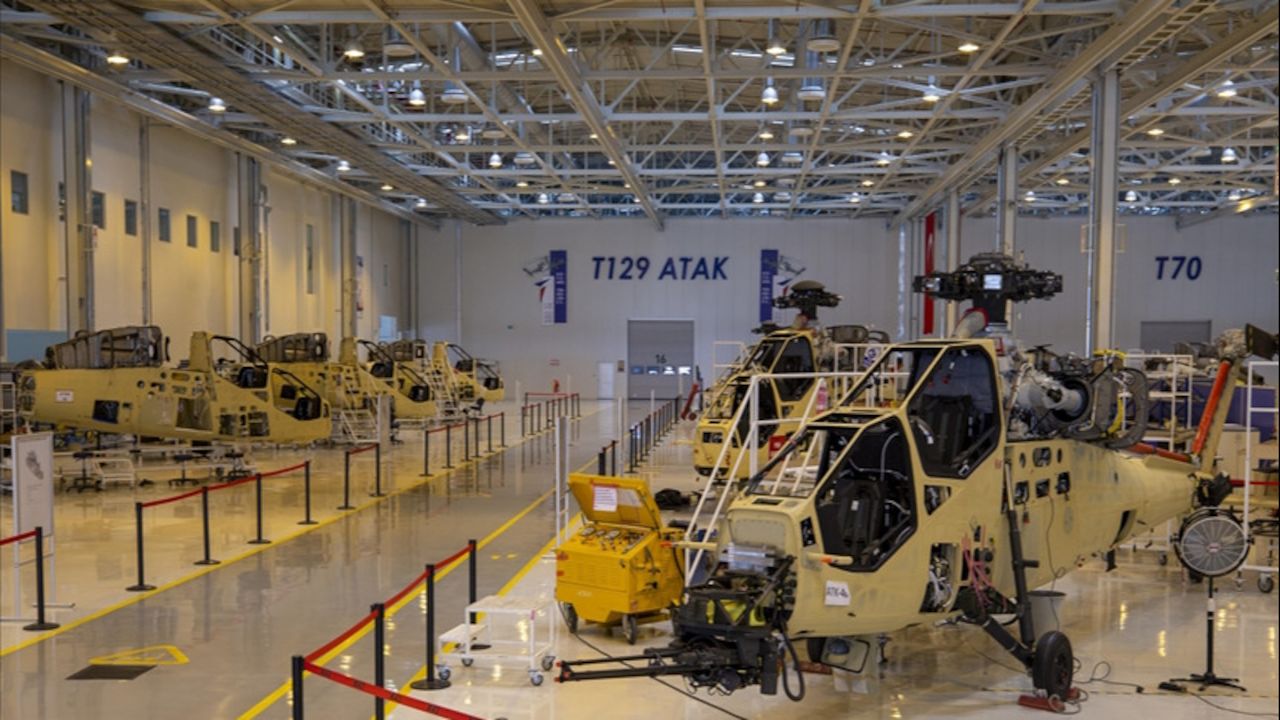 Relations between Bangladesh and Turkey have reached a new high, with the two countries particularly stepping up defense exchanges.

Bangladesh has become the fourth-largest arms buyer from Turkey, reportedly receiving up to $60 million worth of weapons out of Turkey’s roughly $1 billion in defense products exports in the first four months of 2021.

Turkey appears to be fostering closer relations with Bangladesh through its Asia Anew initiative, turning its attention to countries including Bangladesh, a country with a $4.45 billion military budget allocation for the fiscal year 2021-22.

Roketsan, a major Turkish weapons manufacturer and defense contractor, delivered the first batch of the TRG-300 Kaplan missile system with a range of 300 kilometers (186 miles) to Bangladesh in June, according to reports from Defense Technology of Bangladesh-DTB.

Bangladesh Ordnance Factories (BOF), the defense hardware manufacturer for the Bangladesh Armed Forces, has taken up a project to manufacture air defense and anti-tank missiles for the first time to strengthen its capacity and meet Forces Goal 2030, according to the Bangladesh Defense Analyst website, which is owned and published by Defseca, the country’s largest military, security and intelligence portal.

Work on the initiative started in 2016 with help from China but did not make headway until 2021, when defense and international experts observed other countries can now join and help resume the initiative.

Defense expert and security analyst Brig. Gen. (retired) M. Sakhawat Hossain told Anadolu Agency that Turkey has offered to sell defense equipment to Bangladesh and the government is considering fresh procurements from Turkey, including missiles and plans for producing a joint venture aircraft.

“Bangladesh is surely discussing and considering the Turkish foreign minister’s proposal for defense procurement, but those are internal issues and cannot come into the public domain until an agreement is signed,” said Hossain.

Shahab Enam Khan, a professor of international relations at Jahangirnagar University, told Anadolu Agency that Turkey and Bangladesh are “natural friends” and that they should have strategic relations.

“Modernization of the Turkish Armed Forces and defense industries certainly deserves attention, which can be beneficial for Bangladeshi armed forces’ modernization plan because it seeks to diversify defense capability,” he noted.

“We must remember that the ‘great power game’ is also unfolding in the country’s neighborhood and the defense relationship between Bangladesh and Turkey will certainly help maintain greater peace and stability in this region,” said Khan.

Bangladesh’s economic growth is attracting increasing interest from countries such as Turkey, which is looking to sell products and invest in the country while also strengthening bilateral ties.

“Bangladesh’s economic growth is the most sustainable and stable in the region, which has significantly increased the geopolitical importance over the past decade,” he said.

The country also wants the stable Middle East, which is a shared interest between the two countries, as remittances, Bangladesh's second-largest source of foreign reserves, largely originate from there, according to these analysts.

On June 16, the Bangladesh Navy awarded the country’s state-owned defense contractor Khulna Shipyard a contract to build three diving support boats for its operational needs based on a modern Turkish design, according to Defseca.

In addition, Bangladesh Chief of Naval Staff Adm. M. Shaheen Iqbal led a delegation to Turkey from May 27 to June 4 this year, while days before his retirement, then-Air Chief Marshal Masihuzzaman Serniabat led a visit from April 19 to April 25, in response to invitations from his Turkish counterpart.

During meetings with Turkey’s air and navy forces’ officials and Defense Industry President Ismail Demir, matters such as training between the two countries, shipbuilding, and enhancing mutual cooperation in cybersecurity were discussed, according to the director of the ISPR.

ISPR Director Lt. Col. Abdullah Ibn Zaid noted that the visit is expected to play a vital role in strengthening their cordial relationship by broadening the scope of mutual cooperation in professional sectors.

He told Anadolu Agency that trade and defense relationships have grown stronger and more frequent.

A delegation from Bangladesh is scheduled to visit Turkey next month with the goal of enhancing ties and overall trade relations between the two countries to $2 billion from the current level of around $1 billion.