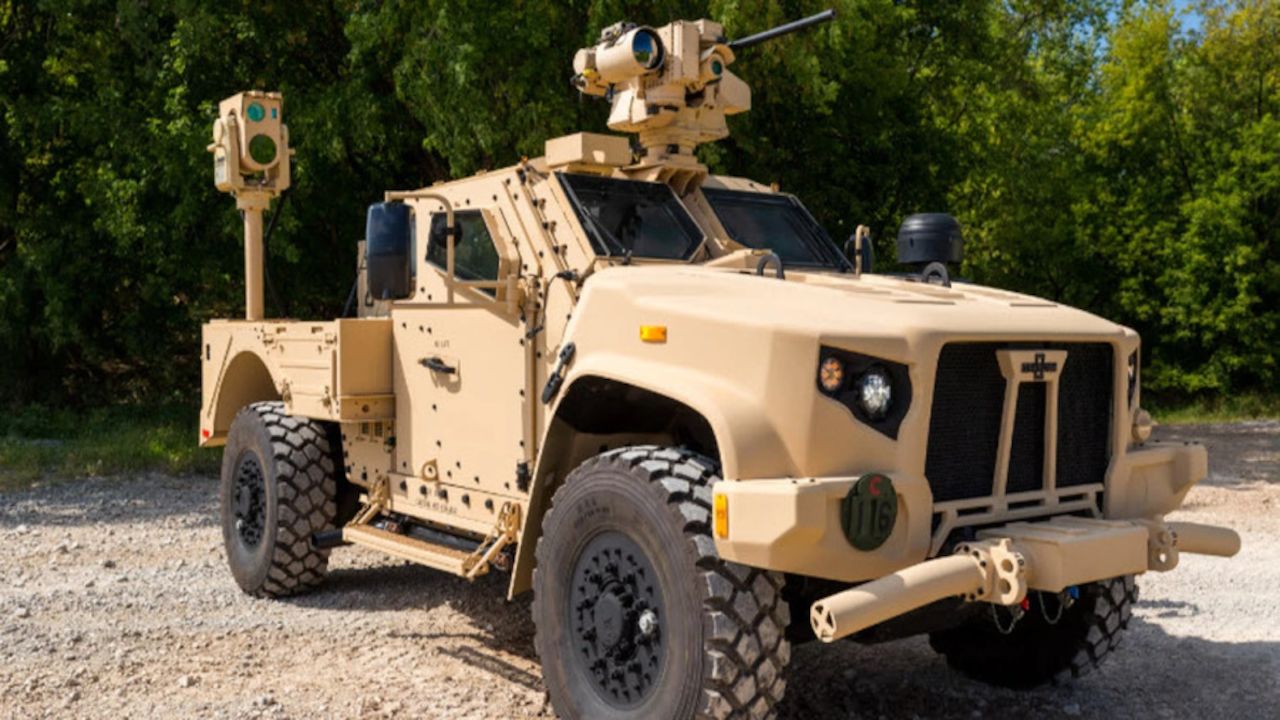 General Atomics and Boeing are teaming up to build a new high-energy laser for air and missile defense, the companies announced Oct. 13.

Under the agreement, the companies will create a 100 kilowatt laser that will be scalable to 250 kilowatts, the companies stated in a news release. The weapon will be able to be employed as a standalone system or integrated onboard ground vehicles, ships and aircraft.

General Atomics Electromagnetic Systems will be responsible for the laser, batteries and thermal management system, while Boeing will create the beam director and software necessary for precision tracking and pointing the laser.

Although the companies did not specify whether the system is being built with a particular acquisition program in mind, the power levels that General Atomics and Boeing hope to achieve with their laser coincides with what the Army is aiming for in its High Energy Laser Tactical Vehicle Demonstrator program.

The service has already tapped Dynetics and Lockheed Martin to build the initial HEL TVD demonstrator — a 100-kilowatt-class laser that will be integrated with a Family of Medium Tactical Vehicles platform — but the service ultimately hopes to develop 250- to 300-kilowatt-class directed-energy weapons for future requirements.

The HEL TVD demonstrator is a pathway to fielding a directed energy weapon as part of the Indirect Fires Protection Capability (IFPC) Increment 2. The Army is in the process of putting laser fiber modules that buildup the components that get a laser up to 300 kilowatts, Lt. Gen. L. Neil Thurgood, the Army’s Rapid Capabilities and Critical Technologies Office (RCCTO) director told Defense News in a recent interview ahead of of the Association of the U.S. Army’s annual conference.

The Army will demonstrate the capability in fiscal 2022 on a truck.

Part of a broader Pentagon program, the HEL-TVD is the Army’s contribution a competitive demonstration between the services. The Navy and the Air Force are also developing laser demonstrators at the same power level. At the end of FY22, the services and the defense department will decide which of those three are best-in-breed, Thurgood said. The Army will then build four vehicle prototypes to be delivered in FY24.

Norm Tew, vice president and general manager of Boeing Missile and Weapon Systems, added that the partnership “will deliver an innovative high-energy laser] force protection capability to the warfighter that is capable of supporting future needs and modernization objectives.”

The laser teaming partnership comes just weeks after the two companies announced a separate agreement to compete together for the Missile Defense Agency’s Next Generation Interceptor program. Boeing and General Atomics will face off against Lockheed Martin and a Northrop Grumman-Raytheon Technologies team in the competition to build a new ballistic missile interceptor.