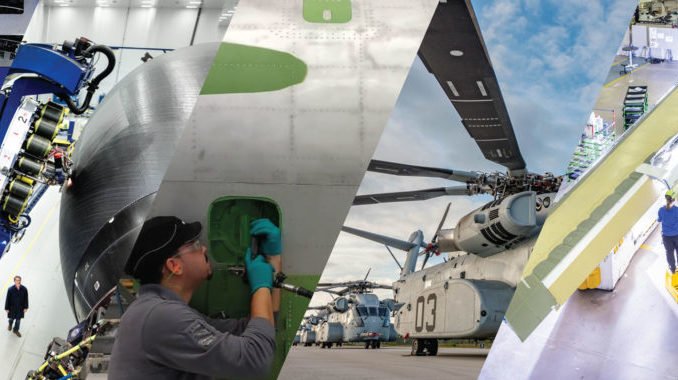 Spirit AeroSystems Holdings, Inc. today announced a contract award from The Boeing Company to provide engine pylons and nacelles for the initial phase of the B-52 Commercial Engine Replacement Program (CERP).

The total CERP effort is expected to replace 608 engines on the U.S. Air Force fleet of B-52H models.

As part of the CERP contract, Spirit will support extending the life of the B-52 Stratofortress through at least 2050. The B-52 first entered the U.S. Air Force fleet in 1955.

From the first flight in April 1952, Wichita played a major role in the manufacturing of the B-52. All B-52H models were built in Wichita. By the end of its original production run in 1962, over 700 of the planes had been built, the majority of them in Wichita. Wichita’s legacy with the U.S. bomber fleet dates back to B-29 Superfortress production during World War II.

“We are very pleased Boeing selected Spirit to be the structures partner on the B-52 CERP program, taking advantage of decades of experience and capabilities building engine struts and nacelles in Wichita,” said Duane Hawkins, Executive Vice President, President Defense & Space. “Spirit is proud of our heritage with the warfighter by producing legacy bombers and now extending that legacy keeping the B-52 flying for decades to come.”

Spirit is one of the world’s largest suppliers of engine pylons, delivering every pylon for Boeing’s commercial aircraft. Spirit currently builds the nacelle for the commercial variant of the Rolls Royce F-130 engine, selected by the Air Force for the B-52 CERP program.

“Spirit will apply its vast experience building and delivering thousands of engine struts and nacelles for commercial applications on the CERP program,” said Jarrod Bartlett, Defense & Space Business Development Manager. “We look forward to supporting Boeing to help keep the B-52 a ready and reliable weapon system for the Air Force.”