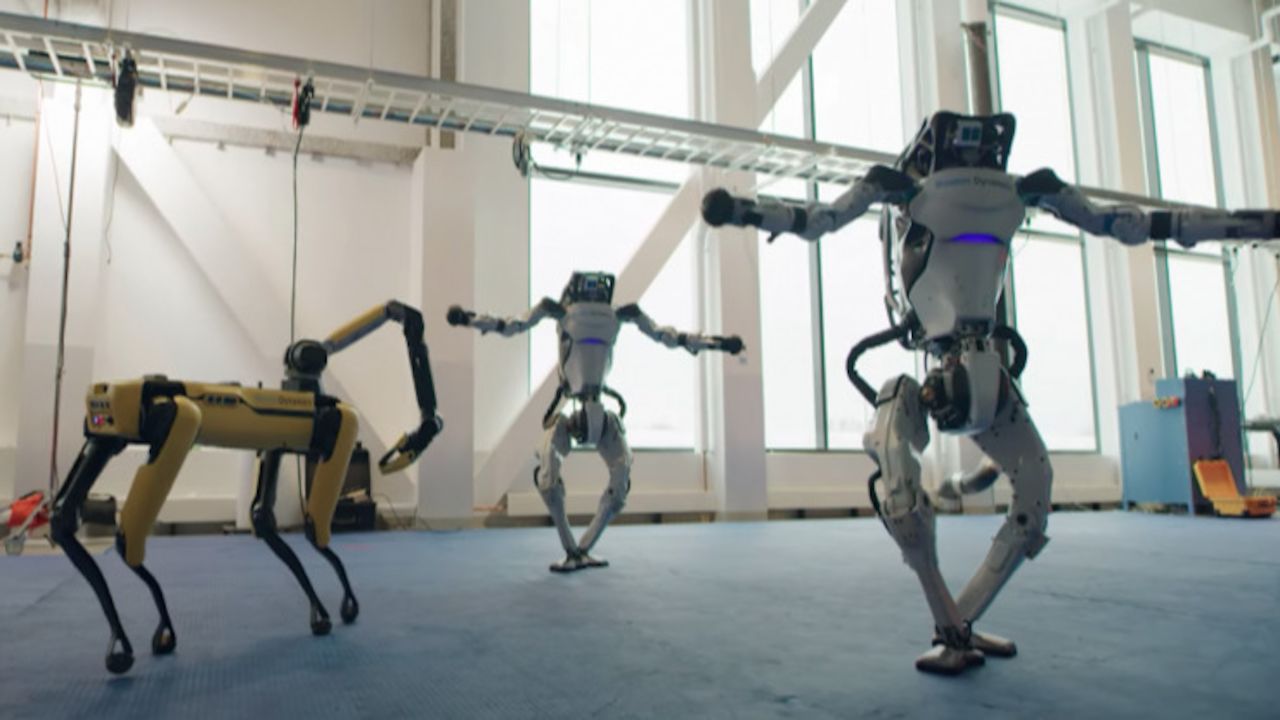 Boston Dynamics makes some of the most impressive robots in the world – so impressive that they can even dance, seemingly with ease.

In Boston Dynamics' most recent viral video, their lineup of robots, the anthropomorphic Atlas, Spot the robot dog, and even Handle, a box moving robot, danced to the classic song "Do You Love Me" by the Contours.

The dancing is incredibly impressive and perhaps a little creepy as it tows the uncanny valley quite well. Atlas does an impressive twist and mashed potato, whereas spot does some unique point dancing in its own style.

The family of robots' dancing was so impressive that Elon Musk had to chime in on Twitter and remind everyone that it wasn't CGI.

Boston Dynamics, which was recently bought by Hyundai from SoftBank, shows off their robots' impressive skills frequently in video. In fact, this isn't even the first time that the robots have been seen dancing. In 2018, Spot was pictured dancing to "Uptown Funk." However, it does seem that the robots' dance moves have improved dramatically in the last two years.

Take a look at the robots' moves in the video below. They may even put human dancers' moves to shame.

Boston Dynamics has had an interesting history of ownership, but they've always developed some of the most impressive anthropomorphic robots on the planet. Formed in 1992, they initially got funding from DARPA for a large horse-dog robot. Then they were bought by Google parent company Alphabet in 2013. Japanese tech company SoftBank eventually swooped in and bought them in 2017. Now, in 2020, Hyundai is the new owner looking to make greater headwinds in the field of robotics.

In case you're looking to have your own dancing robot, you can purchase Spot the robot dog for $75,000 here.