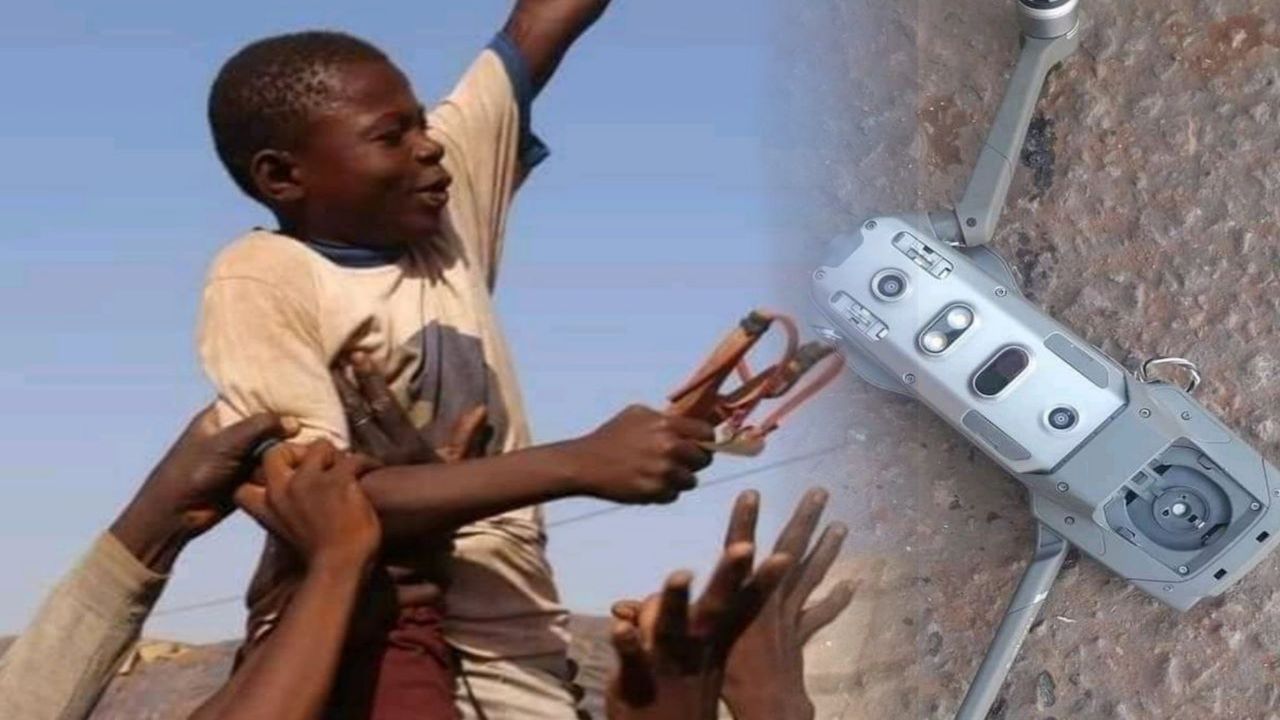 A slingshot-wielding teenager managed to bring down a drone belonging to the French military as it was flying over Burkina Faso, according to reports.

13-year-old Aliou Sawadogo, dubbed Burkina Faso’s No.1 sniper, reportedly spotted the unmanned aerial vehicle (UAV) flying over a demonstration protesting French presence in the country, and used his slingshot to bring it down.

Footage of the boy and the defunct drone went viral on social media as users hailed the teenager as a “hero” and called for an end to French meddling in the West African country.

Once on the ground, outraged protesters then reportedly tore the UAV to pieces.

Last week, demonstrators demanding the departure of French troops from the West African country blocked a French military convoy heading to Niger in the city of Kaya in the Center-North region.

An attack by insurgents last week in northern Burkina Faso left more than 50 people dead, including 49 gendarmes, in one of the deadliest security incidents.