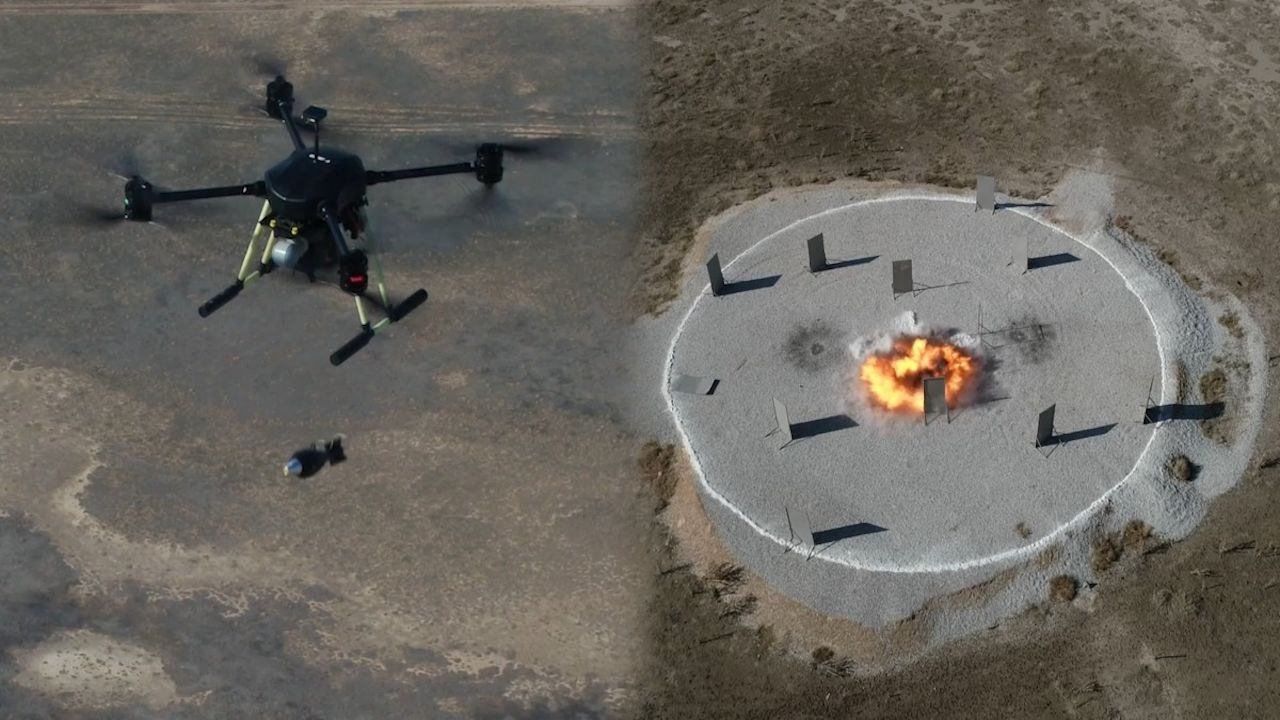 BOYGA, which is the latest member of STM’s tactical mini unmanned systems, is defined as an autonomous multi-rotor combat UAV with mortar payload.

The drone has a maximum take-off weight of 15.6 kilograms and can stay in the air for 35 minutes with and 81 mm mortar ammunition.

According to STM, “Ammunition Drop UAV” is a UAV solution that can carry 81 mm and 60 mm mortar ammunition adapted to the mechanism that releases the safety system and can carry out the planned task and drop the useful loads on the target or coordinate it chooses.

It has an algorithm that helps target estimation of mortar ammunition.

It performs a task at the level of “man-in-the-loop” (where the user is in the loop) by following the target selected by the user from the screen image with image processing algorithms.

Munition system integration is carried out in cooperation with Turkey’s Mechanical and Chemical Industry Corporation (MKE).