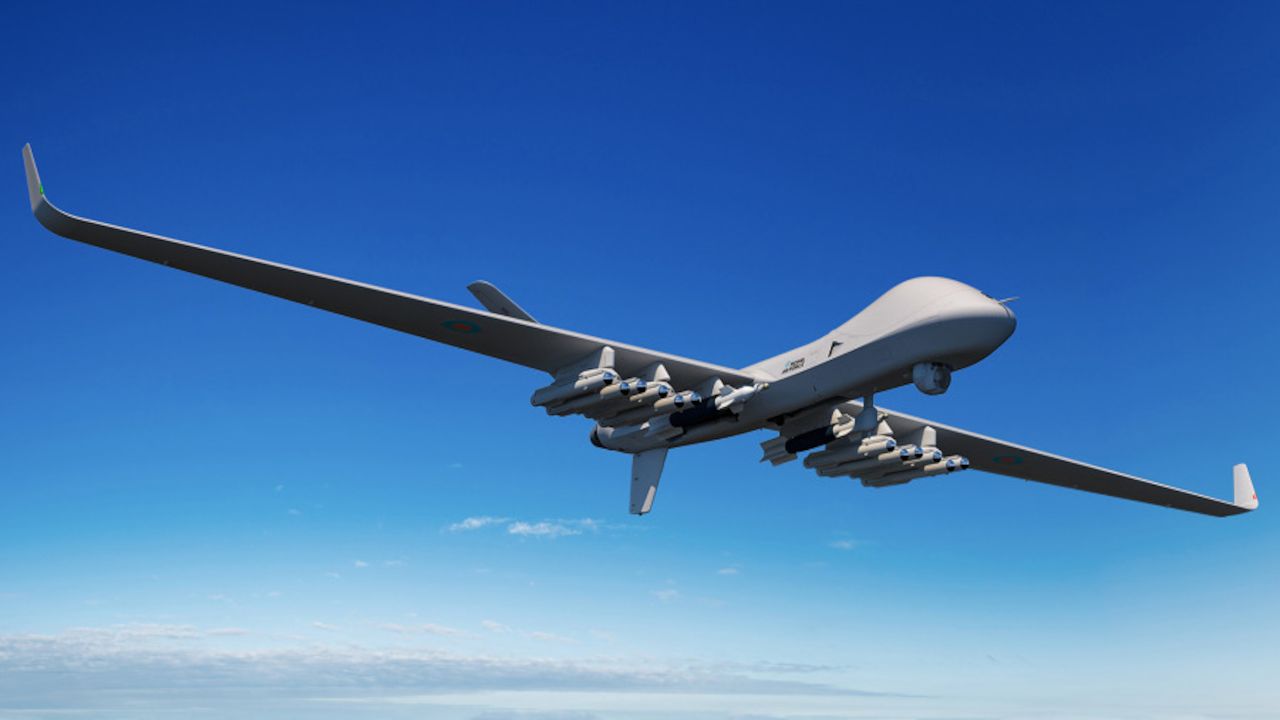 British efforts to introduce a new family of long-endurance, medium-altitude drones has moved a step closer with an announcement by the Ministry of Defence Sept. 28 that the first General Atomics Protector RG Mk1 off the production had made its maiden flight.

The MoD said the first production version of the drone flew in California on Sept. 25.

The flight comes just over two months after the British announced they had inked a £65 million (U.S. $83 million) deal with General Atomics Aeronautical Systems to supply the first three of an expected fleet of at least 16 drones.

Three ground control stations and other associated support equipment were also included in the deal.

The contract contains options for a further 13 air vehicles and supporting equipment valued at around £180 million.

A commitment for the additional drones could come in April next year.

Progress with the Protector test schedule follows a two-year delay imposed on the program by the MoD in 2017 after the British ran into wider defense budget problems.

The delay was primarily responsible for a 40 percent hike in Protector program costs, top MoD official Stephen Lovegrove said in a letter to the Parliamentary Public Accounts Committee published earlier this year.

The Protector vehicles will replace General Atomics Reaper drones widely used by the Royal Air Force in operations in Afghanistan and the Middle East, most recently providing reconnaissance, surveillance and strike capabilities in the fight against the Islamic State group in Syria and Iraq.

The RAF drone will fly longer and, armed with Brimstone and Paveway IV precision weapons, hit harder than the Reaper.

Crucially, the machine is also in line to be approved to fly in non-segregated airspace in places like the U.K.

British Defence Minister Jeremy Quin said the inaugural flight of the production drone was a welcome step in development.

“With increased range and endurance, greater ISR and weapons capacity and improved weather resilience, Protector will play a vital intelligence and deterrent role in countering future threats,” he was quoted as saying in a statement.

For the moment the first Protector will stay in the United States to support systems testing as part of an MoD, U.S. Air Force and General Atomics team.

Following completion of the work the drone will be delivered to the MoD in the summer of 2021.

The platform will continue to be based in the United States to allow the RAF to complete its test and evaluation program.

Operating from its base at RAF Waddington, eastern England, Protector is scheduled to enter service by mid-2024.