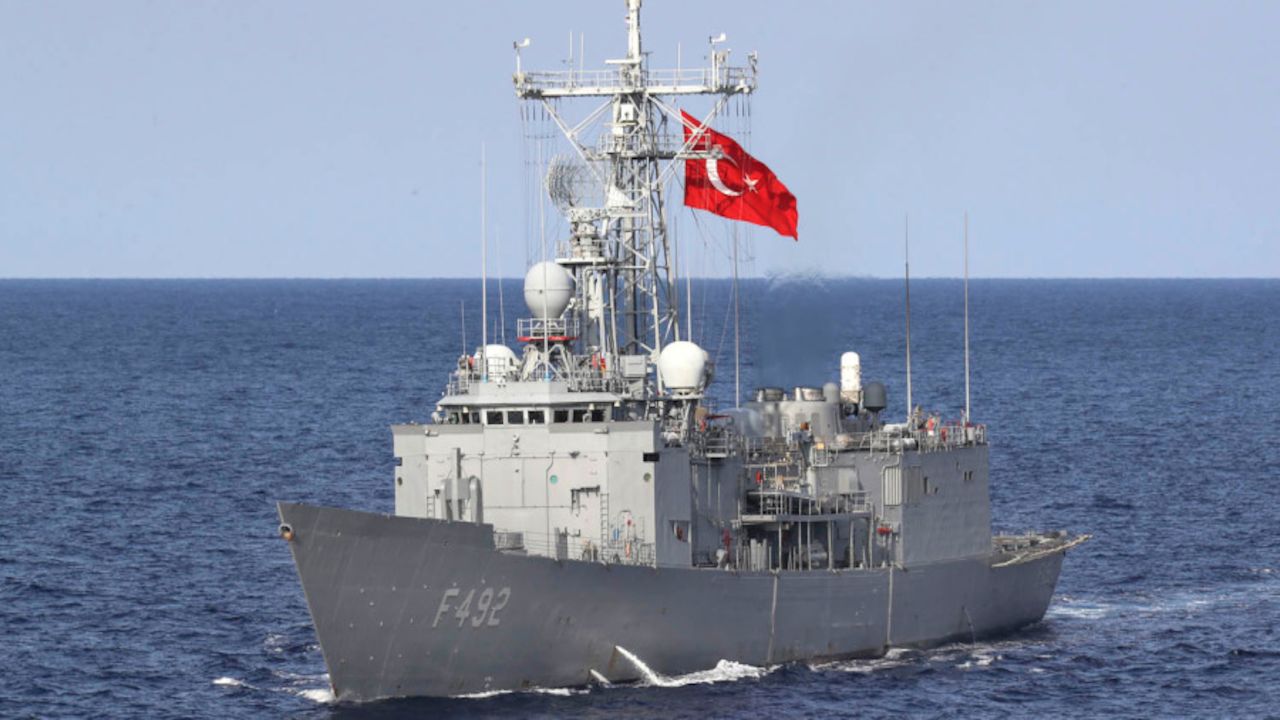 According to information published by the British Royal Navy, UK flagship HMS Albion linked up with the Turkish Navy in the eastern Mediterranean, fresh from a workout in Egypt.

The assault ship – which is leading the UK’s experimental amphibious deployment to the region – joined forces with frigate TCG Gemlik for a series of combined exercises and manoeuvres.

The two ships first linked up for a PASSEX – passing exercise – which involves close-range manoeuvres, requiring planning and alertness from the bridge teams on the participating ships as they develop a high level of coordination.

Training also included Replenishment at Sea approaches where the ships manoeuvre parallel to each other – close enough to pass lines across to transfer supplies.

The meeting with our NATO ally concluded with a short ceremonial sail past prior to departing the area for onward tasking.

“It is fitting that prior to the Royal Navy’s involvement in Operation Sea Guardian we were able to train alongside our NATO ally and great friends, the Turkish Navy. By working together we continue to support regional security and stability,” said Captain Peter Laughton, Albion’s Commanding Officer.

The task group deployment mixes experimentation with new kit and new tactics to mould the Royal Navy and Royal Marines of tomorrow, while conducting more traditional work with the UK’s allies and partners around Mediterranean, North African and Black Sea shores.