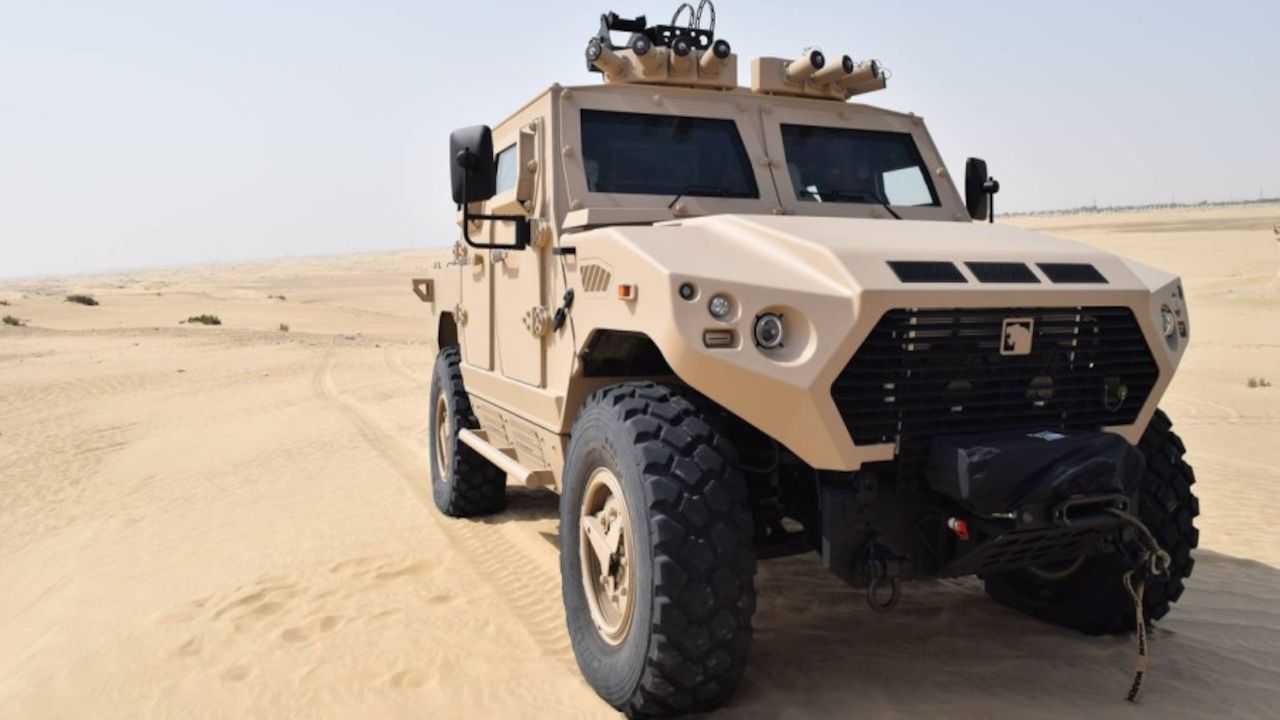 Proceeding with the IDEX and NAVDEX 2021 defense trade exhibitions despite the coronavirus pandemic underlines the defense-industrial intent of the United Arab Emirates. The CEO of Abu Dhabi-based technology and defense group Edge, Faisal Al Bannai, suggested these shows will be used to portray the Emirates’ “consolidated sovereign capability” with an expectation to exhibit newly developed equipment including several UAVs. The government of the UAE for its part is set to continue to push its plan to diversify its source of arms imports and build up its defense-industrial base.

A reliance on the United States to sell defense equipment has been tempered by recent uncertainty over that relationship and whether it will change in the future. This has spurred the UAE to expand its defense partnerships to France, Russia, Italy and Turkey.

According to data from the International Institute for Strategic Studies’ 2021 Military Balance report, scheduled for release in February 2021 as of this writing, Middle Eastern and North African defense spending reached $162 billion (including U.S. military aid) in 2020, accounting for about 8.9 percent of the global total, with countries in the region allocating 5.5 percent of their respective gross domestic product to defense on average. Regional spending has exceeded $150 billion every year since 2014 but has been on a downward trend since 2018, as the oil price remained subdued.

The six Gulf Cooperation Council countries consistently account for between 55-60 percent of regional defense spending, and recent reductions have been primarily due to cuts implemented by Saudi Arabia, which has the region’s largest budget.

The UAE is estimated to have spent $19.8 billion on defense in 2020 — 5.6 percent of GDP — making it the region’s second-largest spender. Between 2010 and 2019, it is estimated that between 15 percent and 16 percent of the UAE’s annual defense budget was spent on procurement with foreign contractors, but the country has reduced this reliance in recent years. Studying how the UAE has strengthened its position as a leading regional defense supplier provides insight for other countries about how to develop local industry.

Preparing for the post-oil era, the UAE has laid foundations for longer-term defense-industrial base planning through promoting domestic investment, international joint ventures and technology transfers for almost 30 years. In November 2019, the UAE consolidated 25 indigenous, state-owned defense companies into the Edge conglomerate, with a claimed $5 billion in combined revenue. Much of this had been grouped together in the Emirates Defence Industries Company, or EDIC, established in December 2014.

Adhering to three industry development guidelines, the UAE is now investing more in technology innovation through research and development efforts, including expanding its scope into space in both the defense and commercial sectors with the introduction of the Mohammed Bin Rashid Centre for Government Innovation, or MBRCGI, formed in 2014, the same year that EDIC was established. The UAE’s federal budget has consistently allocated $544.59 million each year since 2016 for MBRCGI’s Mohammed Bin Rashid Innovation Fund, which will look to foster cross-sector collaboration and more sustainable innovation development, with more possibilities to come.

Over the last decade, the UAE has managed to build up a network of customers in neighboring countries. The question is whether the UAE can emerge as a leading international defense supplier, applying its prospective technology advancement as a stepping stone.

The UAE’s equipment exports to date have been relatively low-tech, and the country still relies on technology transfers to remain prominent among competitors. With current customers stretching from Kuwait to Libya and Cameroon, Emirati companies have begun to establish themselves as a reliable source of defense equipment. Their current exports largely consist of different types of armored four-wheel vehicles such as Panthera and Ajban. As Emirati exports become technically more complex, as indicated by the reported export of armed Yabhon UAVs to Algeria in 2018, the customer base will likely expand. Sales to India, Russia and Turkmenistan are likely a sign of things to come with aspiration to supply advanced markets against competitors like the U.S. and China.

The UAE’s large neighbor, Saudi Arabia, spends more than double on defense ($48.5 billion, or 7.13 percent of GDP in 2020) but seems to have taken inspiration from the UAE’s EDIC by forming the Saudi Arabian Military Industries, or SAMI, in May 2017 as part of its Vision 2030 initiative to enhance its localization rate in defense manufacturing by up to 50 percent.

However, differences exist. SAMI’s development leans more toward the production of land and air systems, whereas Edge covers all three domains, with expansion into space. Saudi Arabia has also subsequently created the General Authority for Military Industries, or GAMI, in August 2017. However, GAMI focuses on local employment, industry localization and procurement management, which appears to be a step behind the UAE.

Despite the establishment of two state-owned entities for defense industry development, Saudi Arabia remains the world’s largest importer of defense equipment over the last decade, spending an estimated $116 billion to purchase foreign equipment between 2010 and 2019. This was 24.27 percent of Saudi Arabia’s defense expenditure within the same period.

While the adaptability and pace of the UAE’s defense-industrial development stands out in the region, the country still needs to overcome a number of hurdles to help expedite growth. UAE-based companies do not yet supply much equipment to the local customer despite the UAE military having notable capability gaps. For example, several attacks on commercial oil tankers off the coast of the UAE in mid-2019 put its oil production at risk and revealed concerns with maritime security. The UAE must still import its most advanced equipment due to a lack of adequate infrastructure or technological capacity, which is illustrated through the contract the UAE reportedly awarded France for two Gowind 2500 frigates in March 2019. The Gowind 2500 frigate is known to be 102 meters long and 16 meters wide with a draft reaching 5.4 meters high and a displacement of 2,600 tons.

Since 2016, the UAE has had the infrastructural capacity to build such vessels based on the conventional regulations of the contractor’s dry dock capacity requiring a minimum of 125 percent of the weight of the vessel. Even with the country’s acquisition of its largest dock in August 2016 at Zayed port in Abu Dhabi — with a 6,000-ton capacity at 180 meters long and 30 meters wide with a maximum vessel draft of 6 meters — Emirati naval forces still need to rely on foreign contractors. The contract between the UAE and France is believed to include the transfer of relevant technologies, and the extent of the involvement of local subcontractors is unknown to the public. Agreements signed at the very end of the Trump administration for 50 F-35A fighter jets and 18 MQ-9B UAVs are another example.

Despite the ongoing dependencies on defense imports, the UAE’s focused investment on R&D is expected to accelerate the country’s transformation as a formidable defense supplier. Furthermore, continued partnership and technology transfers will support the UAE in its attempts to broaden its range of customers.

Haena Jo is a research analyst for defense and military analysis at the International Institute for Strategic Studies.