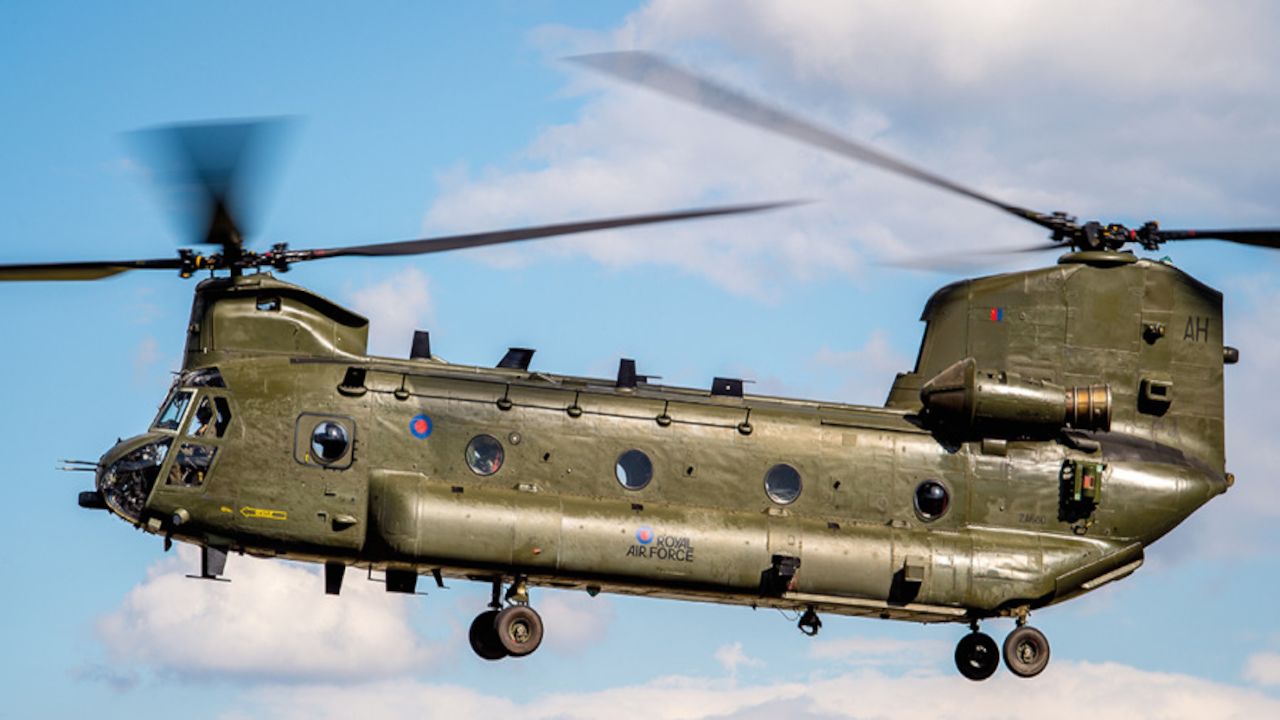 On 22 November 1980, the first Chinook was delivered to the Royal Air Force (RAF). 40 years later, this iconic twin-engined, tandem rotor, heavy-lift helicopter continues to play an unmatched and unique role in defence missions at home and abroad.

Flown by the RAF and tasked by Joint Helicopter Command, the Chinook Force has deployed around the world, including the Falklands, the Balkans, Northern Ireland, Iraq, Afghanistan and more recently supporting French forces in Mali with logistics and moving troops.

At home, the Chinook is called upon for humanitarian missions. Chinooks were used in the UK government’s Covid-19 response and to support the efforts to save the town of Whaley Bridge from flooding in 2019.

More than 450 people are employed across the UK to maintain and upgrade the RAF’s fleet of 60 helicopters.

Born in 1919, Piasecki grew up with a fascination for aviation and the technology behind it. After studying aeronautical engineering at university, he founded the P-V engineering Forum and designed the PV-2 helicopter.

By 1945, he was contracted to design a large, tandem rotor helicopter for the U.S. Navy, who wanted it to carry heavy loads. It was fondly called the ‘Flying Banana.’

Frank’s daughter, Nicole Piasecki, worked for Boeing and opened the Boeing office named ‘Piasecki House’, in Yeovil, Somerset in 2016 after she retired.

Chinook in the UK