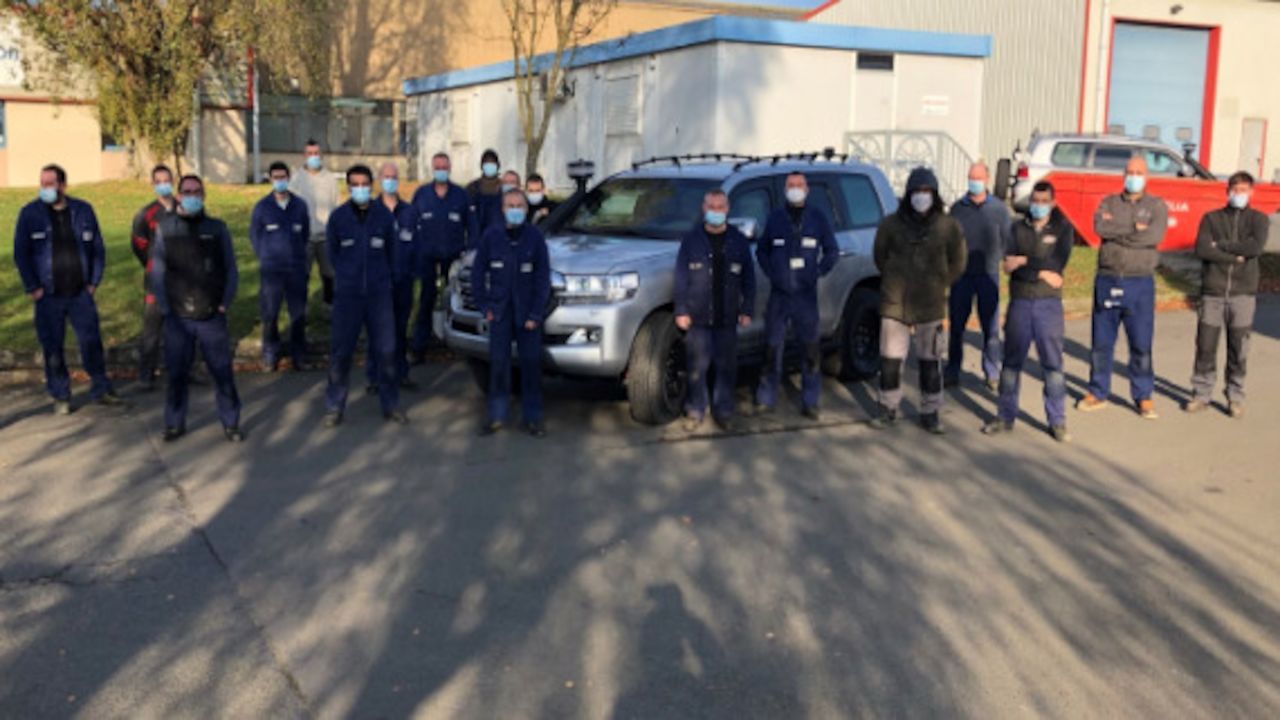 Centigon France announced that it has started to the first deliveries of the FORTRESS 200 armoured vehicles, prepared and developed in partnership with the Structure Intégrée du maintien en condition opérationnelle des Matériels Terrestres (SIMMT). This vehicle has been selected by the French Army after a particularly demanding technical and operational evaluation campaign.

Presented for the very first time in 2019 to mark the 30th anniversary of the Forum des Entreprises de la Défense (FED), the FORTRESS 200 from Centigon is an armoured 4x4 specially designed for military personnel deployed in external theatres of operation. These heavily modified and accessorised armoured vehicles will be used to transport high-ranking military authorities for specific close protection missions.

Thanks to Centigon France's expertise in ballistic protection, the integration of electronic equipment and the development of mechanical solutions, the FORTRESS 200 retains a discreet civilian exterior appearance, while offering the highest level of armour protection against ballistic and explosive threats. Equipped with exceptional mobility, the "CENTIGON" - as it is often called by operators who use it - is the tool you can rely on whatever the operational circumstances.

Referred to UGAP for more than two years, in the context of the 4x4 multi-purpose vehicle market with a GVW of more than 3.5T, the vehicle is designed on a Toyota Land Cruiser 200 chassis, not only rigorously selected for its raw performance, robustness, reliability but also for the availability of its spare parts throughout the world. The part of the contract dedicated to the Maintenance in Operational Condition (MCO) of the vehicles is not to be outdone. In particular, the contract provides for the supply of complete batches of spare parts as well as the associated training services for maintenance personnel.

"The Centigon 4x4 has passed all the tests and we are very impressed with the acceleration, braking and passing performance of the Toyota Land Cruiser. The armoured FORTRESS offers the performance and mobility expected for the missions to be accomplished," said one of the Army representatives. "It is through the active participation and strong involvement of all the players - SIMMT, the French Army Staff (EMAT), UGAP and the industrial company that has been entrusted with the management of the project - that we were able to design a vehicle that meets our needs, based on a standard FORTRESS 200 from Centigon France".

Centigon France is proud and grateful to be able to contribute on a daily basis, from its workshops in Brittany in particular, for almost 60 years, to the support of the armed forces personnel who dedicate their lives to the service of their country. This new development is part of the company's long-term project, which has been acclaimed by its partners, such as Colonel Laurent PHELIP, commander of the GIGN, who, upon receiving his new FORTRESS V.I. (Véhicule Intervention) vehicles in 2017, reminded us how "appreciable it is to be able to count on the know-how of French SMEs in the field of defence and security".

The President of Centigon France said she was "very proud to contribute to the protection of the high authorities and thus enable them to carry out their missions in optimal security conditions; I would like to associate all the staff at the Lamballe and Bondoufle sites with this success, without whom none of this would have been possible".