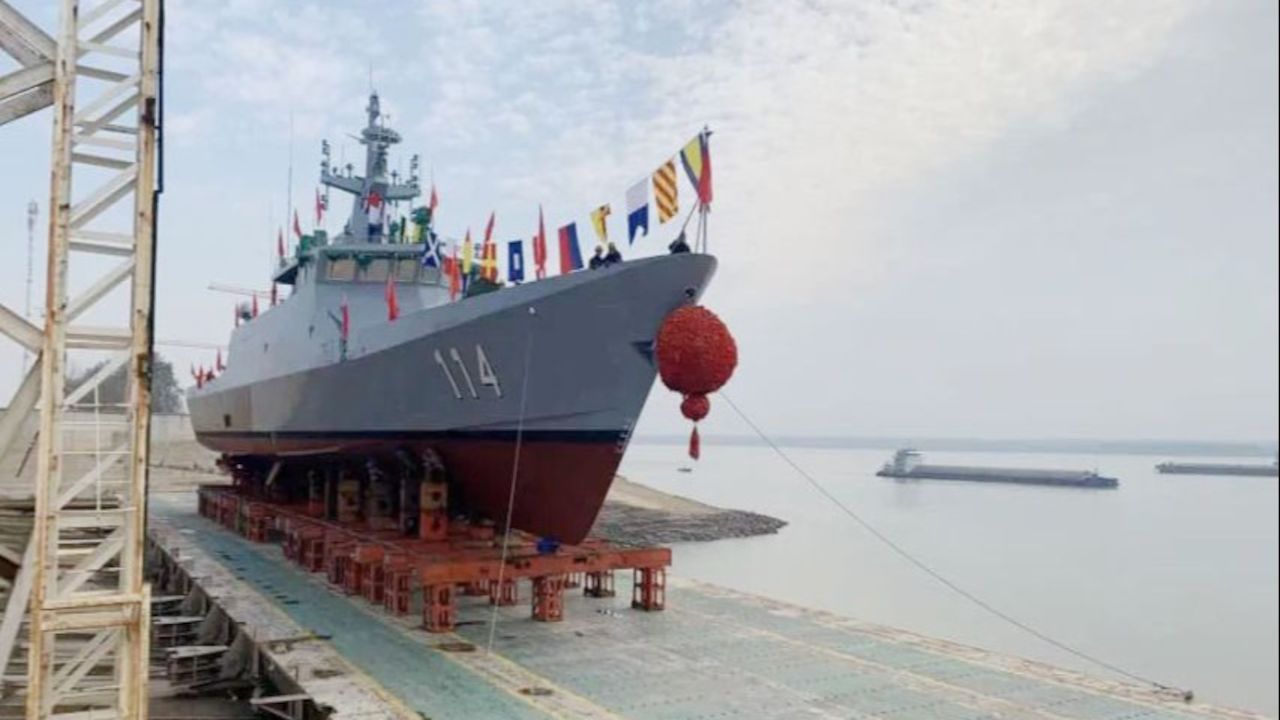 China’s Wuchang Shipbuilding Industry Group has launched the fourth and final Keris-class Littoral Mission Ship (LMS) ordered for the Royal Malaysian Navy (RMN) as part of a contract awarded in 2017 and renegotiated in 2019.

The 68.8 m-long vessel (with pennant number 114) entered the water in a ceremony held on 16 December at the company’s facilities in Wuhan, and is now set to undergo a series of port acceptance tests and subsequent sea trials before being handed over to the RMN in November 2021 when it is also expected to be named.

Once inducted into service the vessel will be part of the 11th LMS Squadron, which will be home-ported at the Sepanggar naval base at Kota Kinabalu in the state of Sabah in the Malaysian part of the island of Borneo. Sepanggar also serves as the headquarters for the RMN’s Eastern Fleet.

The vessel will then join first-of-class KD Keris , which was commissioned in January, as well as second-of-class Sundang and the yet-to-be-named third LMS. The second and third vessels are also expected to enter service in 2021.

The LMSs are part of a contract signed in 2017 between Malaysia’s Boustead Naval Shipyard (BNS) and the China Shipbuilding & Offshore International Corporation (CSOC) that marked Malaysia’s first order for Chinese-made naval vessels.