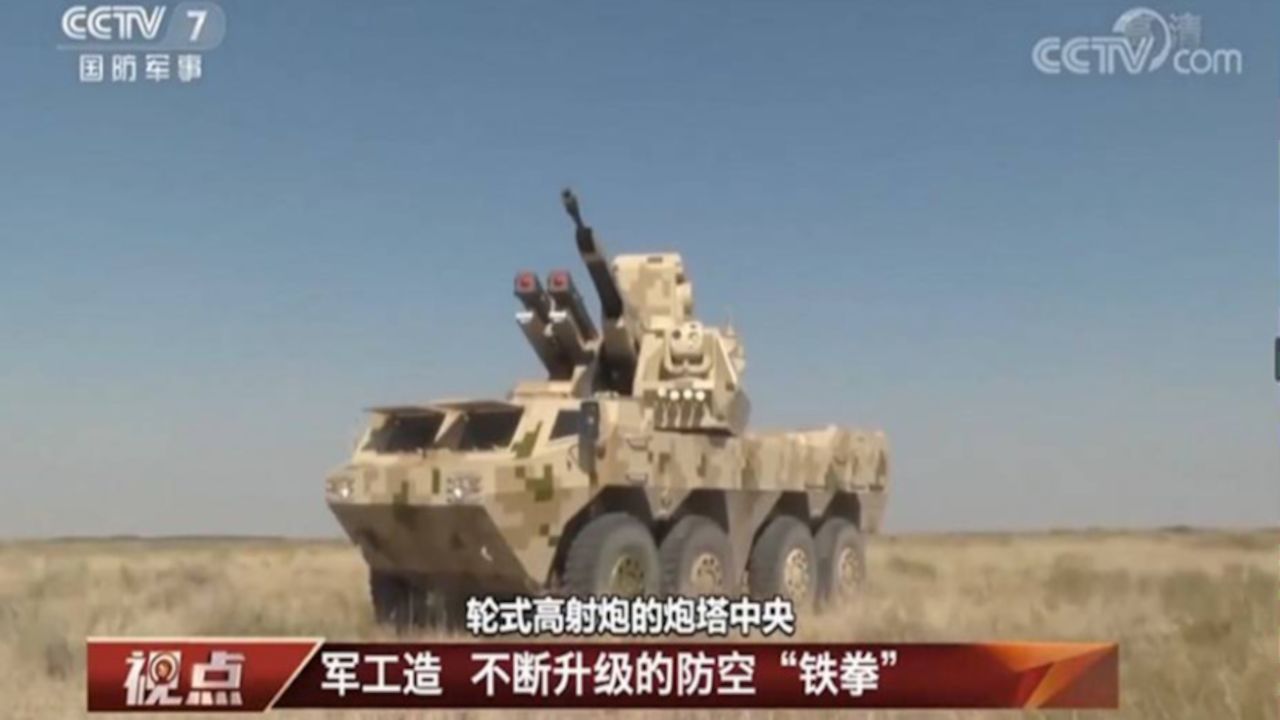 According to report by Liu Xuanzun in Global Times China has revealed a new type of 8x8 self-propelled air defense system combining a 35mm anti-aircraft gun and two surface-to-air missiles. The new revealed defense systems is said to be equivalent to the Russian Pantsir system.

Without introducing the weapon's designation, the CCTV report said that this air defense system can accompany mechanized troops to provide air defense cover, making it a great choice for a mid-size combined arms brigade in field air defense tasks as well as countering drones.

The weapon system utilizes a 35mm single-barrel gun which increases the weapon's fire rate compared to its two-barreled predecessors thanks to its completely new rotary autoloader that significantly, the report said.

A set of two air defense missiles is mounted on the right side of the turret, next to the gun.