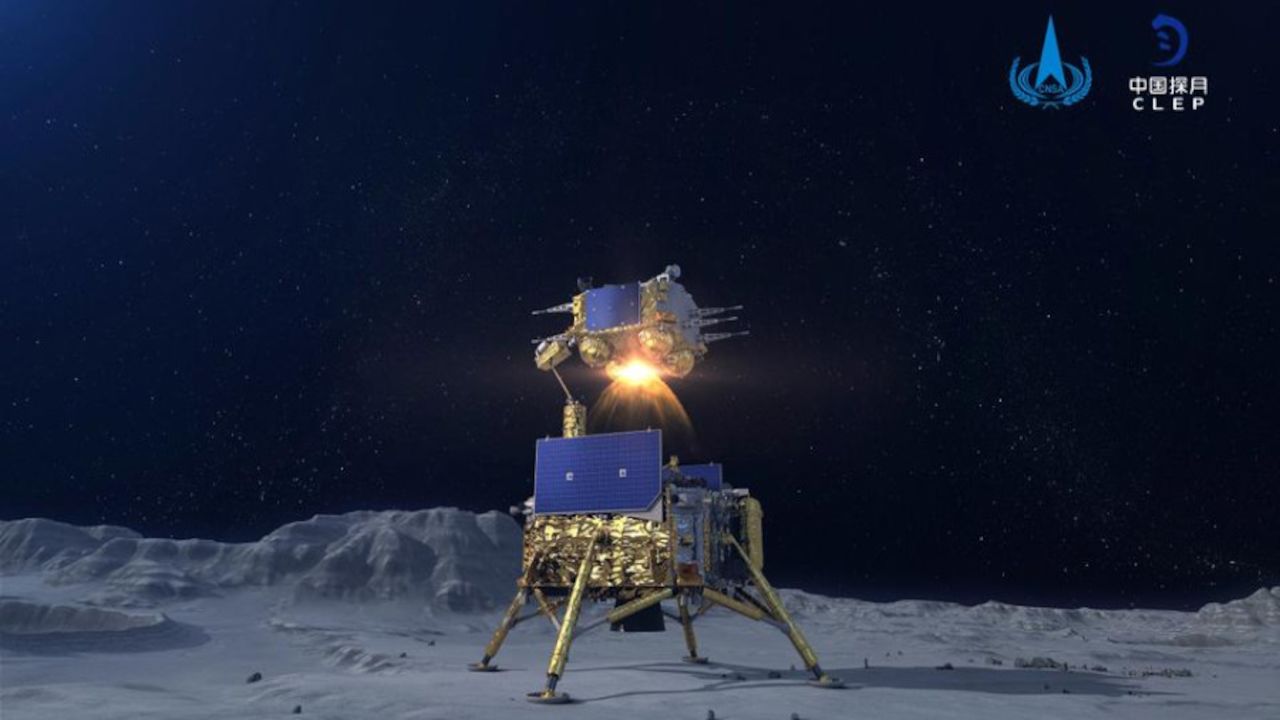 The return capsule touched down in the Siziwang district of Inner Mongolia, in the early hours of Thursday local time, Xinhua said, citing the China National Space Administration.

A Chinese lunar capsule has returned to Earth with the first fresh samples of rock and debris from the moon in more than 40 years.

The capsule of the Chang’e 5 probe landed in the Siziwang district of the Inner Mongolia region, state media reported shortly after 2:00 am (1800 GMT).

The capsule earlier separated from its orbiter module and performed a bounce off the Earth’s atmosphere to reduce its speed before passing through and floating to the ground on parachutes.

Two of the Chang’e 5’s four modules set down on the moon on December 1 and collected about 2 kilograms of samples by scooping them from the surface and by drilling 2 metres into the moon’s crust.

The samples were deposited in a sealed container that was carried back to the return module by an ascent vehicle.

The successful mission was the latest breakthrough for China’s increasingly ambitious space program that includes a robotic mission to Mars and plans for a permanent orbiting space station.

Recovery crews had prepared helicopters and off-road vehicles to home-in on signals emitted by the lunar spacecraft and locate it in the darkness shrouding the vast snow-covered region in China's far north, long used as a landing site for China’s Shenzhou crewed spaceships.