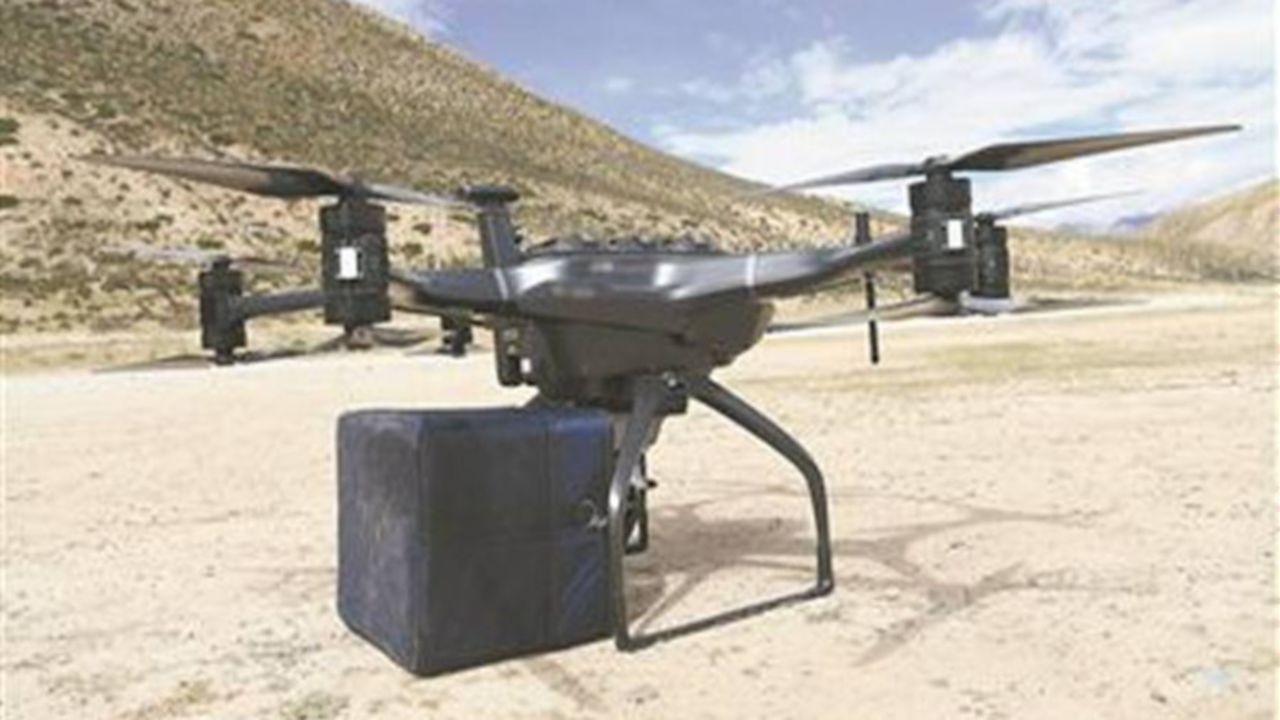 A wartime drone supply-delivery drill was carried out in the plateau's hinterland at an altitude of 4,500 meters under the guidance of the PLA Army's Logistics Department and the PLA Tibet Military Command’s Support Department recently. Liu Jianxin and Han Cheng report on China Military Online.

"The front is blocked by 'enemy' fire, and the vehicles and personnel of the transportation unit have much trouble in marching on. The drone delivery unit must act quickly to deliver supplies to the designated area!" Upon receiving the order, the drone delivery unit immediately assembled and debugged nine drones and flew them to the area where the transportation unit was blocked.

The transportation unit assigned to the PLA Tibet Military Command quickly transferred the hot food, drinking water, medicine and other urgently needed materials into the drones' incubators at their arrival, which then took off in a battle group successively.

According to a chief of the PLA's Logistic Department, the flight status of the drone is not stable due to the influence of high altitude and bad weather. The operators need to make comprehensive judgement on the terrain, wind speed, temperature and other factors, to ensure the drones’ safe landing at the predetermined area.

After the drones’ arrival, the drone operators controlled remotely through the screen to deliver the mounted incubators to the mission area, where the field fast food and other emergency supplies were quickly distributed to various locations.

It is learnt that since the beginning of this year, the PLA’s Logistics Department has organized multiple-drone delivery tests in the plateau areas to unblock the "last mile" of material supplies for troops deployed at high-altitude areas like Tibet. They will gradually solidify and futher expand this model to include ammunition supplies.