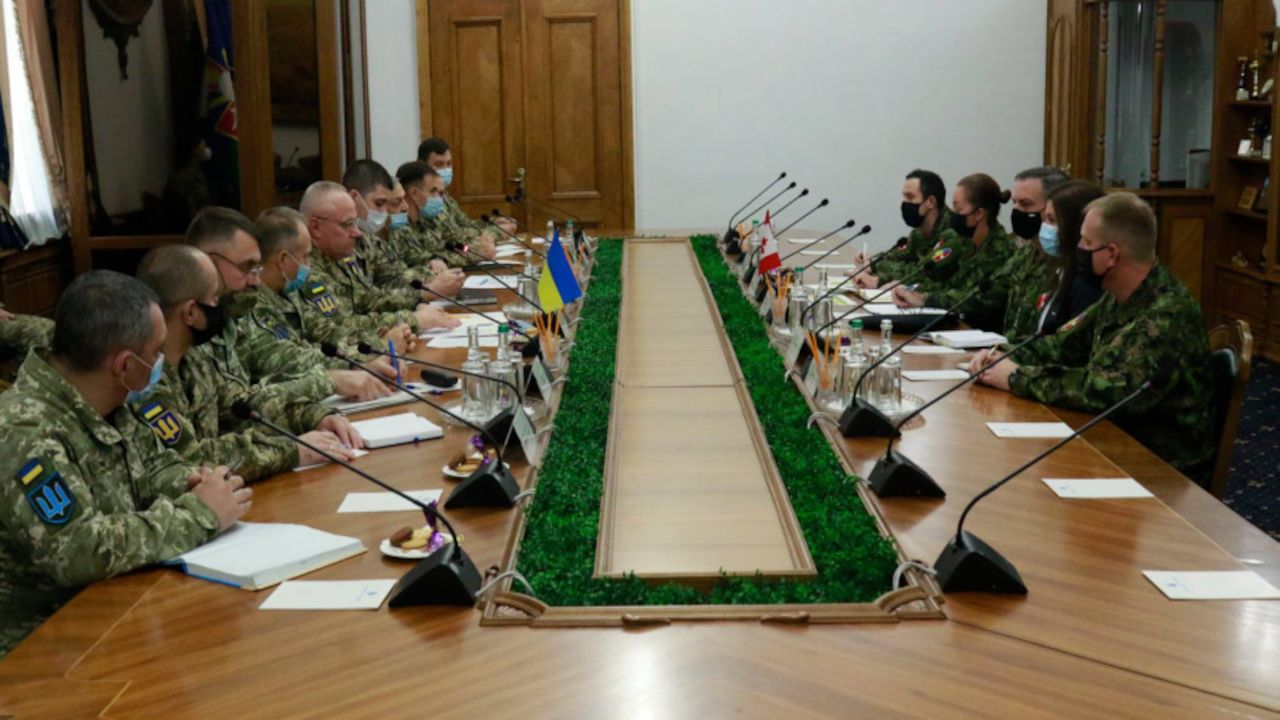 On October 26, Commander-in-Chief of the Armed Forces of Ukraine Col. Gen. Ruslan Khomchak held a meeting with Defense Attaché at the Embassy of Canada in Ukraine Col. Robert Foster.

The purpose of the meeting was to discuss the results of the work and prospects of the Operation UNIFIER in Ukraine, exchange of views on the reform of the NCO Corps in the Armed Forces of Ukraine and the need to standardize training programs.

Also during the meeting, the parties discussed prospects for further military cooperation between Ukraine and Canada.

Col. Gen. Ruslan Khomchak thanked the Canadian Armed Forces and the leadership of the Canadian Joint Task Force in Ukraine for their long-term support in countering Russian aggression.