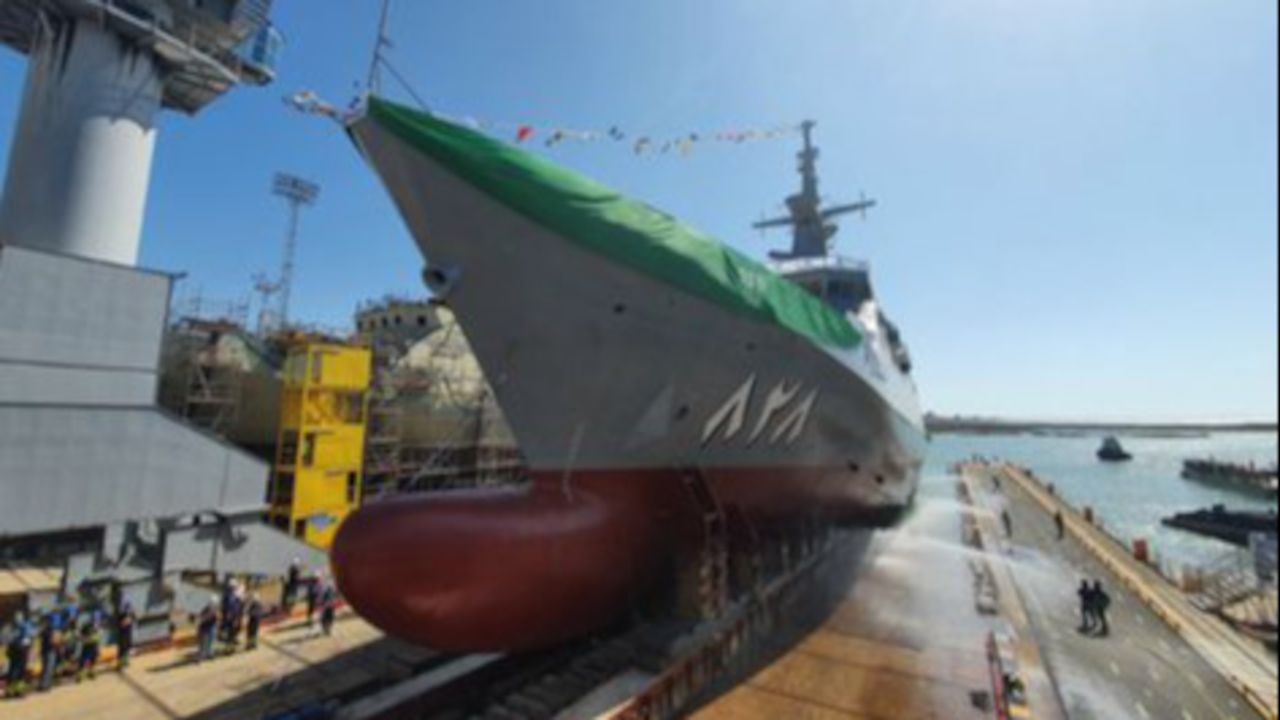 In the presence of the Commander of the Naval Forces Let. Gen. Admiral Fahad bin Abdullah Al-Ghofaily, the Royal Saudi Naval Forces celebrated the ceremonial launching into water of a corvette Avanti 2200 type, the second ship within the project of Sarawat.

The corvette was officially named His Majesty Ship Al-Dariyah.

The launching ceremony took place, at both the ceremony site, in the Naval Forces Headquarters and Navantia shipyard, in San Fernando, Cadiz, Spain, and were covered by a live direct transmission.

Saudi Military Attaché, at the Saudi embassy, in Madrid, attended the floating process, at the site, in Cadiz, in addition to the Spanish Foreign Minister.

At the Naval Forces Headquarters, senior ranking officers of the Royal Saudi Naval Forces participated in the ceremony, in addition to the Executive President of the Saudi Arabian Military Industries (SAMI) Company.

On the other hand, Let. Gen. Al-Ghofaily addressed the ceremony, lauding the unlimited support the wise government, under the leadership of the Custodian of the Two Holy Mosques King Salman bin Abdulaziz Al Saud and His Royal Highness Prince Mohammed bin Salman bin Abdulaziz, Crown Prince, Deputy Prime Minister and Minister of Defense, provide the naval forces with.

He pointed out that Al-Sarawat project would contribute in raising the readiness level of the Royal Saudi Naval Forces, consolidating the maritime security, in the region, and protecting the vitally strategic interests of the Kingdom.

In addition, the ships of the project are of significant importance to the capabilities of the Royal Saudi Naval Forces to protect the maritime interests of the Kingdom and indigenizing technologically sophisticated military industries, Al-Ghofaily remarked.